My Brother, Master Of All Trades
Odyssey

My Brother, Master Of All Trades

You'll always be my little brother, and it is a pleasure to call you that. 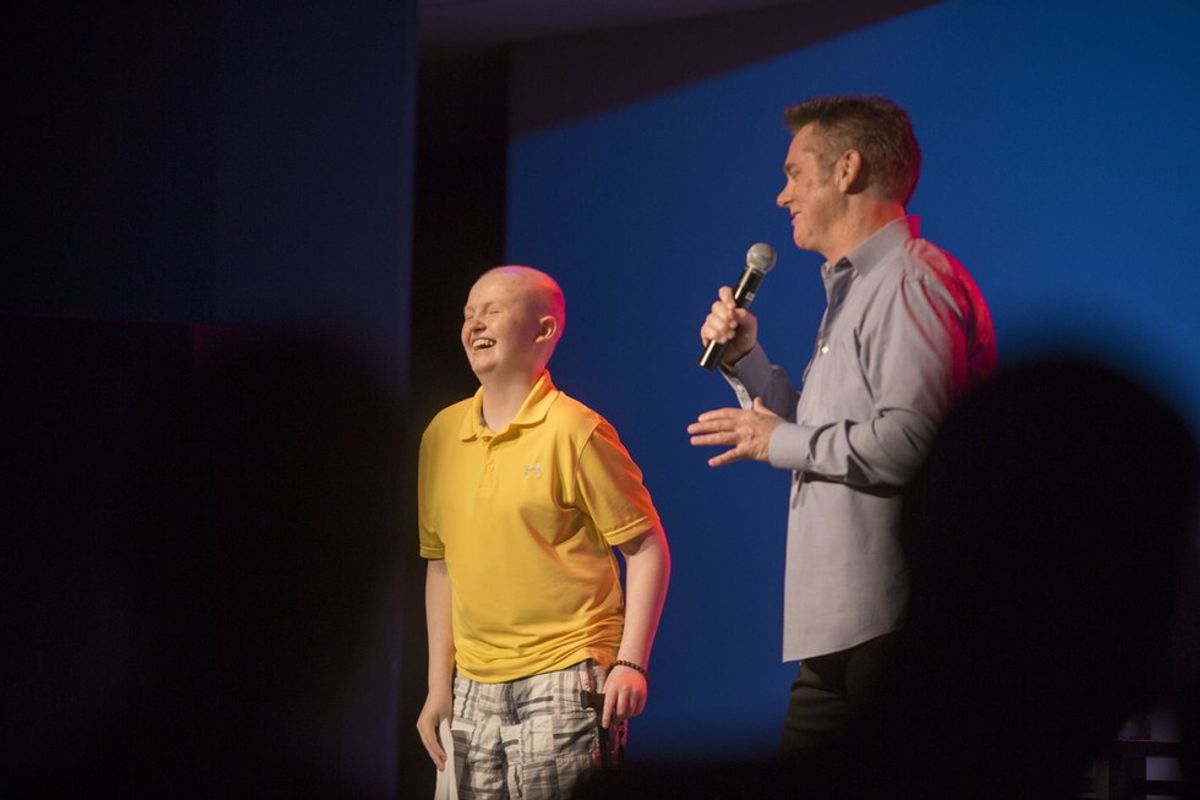 I remember being five years old, and upon the revelation that my mother was pregnant again, being excited at the prospect of having a younger sibling (later revealed to be a boy) and a new addition to my family.

I remember sitting on my parents' bed and watching the baby press and kick inside my mother's stomach. I remember my mother showing me baby books with images of babies inside wombs and being captivated by the process and mere concept of a human growing inside another human.

I remember debates over the names for my brother on the way, and my parents eventually settling on Luke Elijah Granger.

I remember venturing to the hospital after Luke was born, and seeing my new brother for the first time. I remember doting on him, seizing any and every opportunity I could to hold him, sitting in my little rocking chair with him fast asleep in my arms wrapped in a hospital blanket.

I remember often climbing into his playpen or crib with him and playing with him, and my grandmother (now deceased) once visiting and finding the two of us in his crib. I remember riding with him in the back of my mother's minivan, playing peek-a-boo with him, giddy at seeing my little brother smiling at me.

I remember moving into our new house, when he transferred from a crib to a bed (though sometimes the floor functioned as his bed). I remember reading a picture-book version of Finding Nemo to him at night, and looking over and finding him fast asleep.

I have watched him grow up into the 16-year-old he is now. And he never ceases to amaze me.

I have watched him go through many phases of intense fixations, from math, to Star Wars, to Harry Potter, to architecture, to Greek mythology, and so on. I remember his Michael Jackson phase, when I would make mini-music videos on my low-quality camera of him breakdancing.

When he wants to master a skill, when he puts his mind to something, he persists. He pours all of his energy, his effort, his heart and soul into everything he does. He constantly adds another talent to his wide array of talents and skills, from the Rubik's cube to doing things with a yo-yo that I didn't know could be done. The old saying goes, "Jack of all trades, master of none," referring to an individual who has dabbled in many skills but isn't necessarily competent in any of them. Considering that, Luke could be more accurately described as a master of all trades, because no matter how many skills he adds to his multitude of other skills, he is a master of all skills he puts his mind to.

He can beat almost anyone at any game, largely because of his strategy. He always kicks my butt in chess, which he claims is why I never want to play him (partly that, partly because it becomes boring after awhile). He also went through a stage where he was able to beat almost anyone, including my grandfather, in Connect Four.

He has mastered the most mind-blowing magic tricks, largely through watching online video tutorials. I remember when he would display his illusionist abilities to family, friends, and strangers in public, and watching their priceless reactions of disbelief at what they just witnessed.

He is a natural musician, and can play an innumerable variety of instruments, including piano, guitar, flute, saxophone, and probably others that I couldn't think of, and possibly don't even know about.

He is very sociable, the ultimate extrovert and people person, always needing to be surrounded by people, and able to navigate easily in social situations and among his peers. He is the biggest smart-aleck ever, able to outwit me with a disheartening degree of ease, and capable of the most biting, witty insults at my expense. When he was in middle school, like any preteen boy, he reveled in toilet humor, and is responsible for my temptation to snicker every time I hear the words "duty," "balls," or "buns." Since we have practically opposite personalities, we have occasionally clashed over the years, but in the grand scheme of things, he is uniquely, endearingly himself, and I wouldn't change him a bit.

Over the past year and a half, since his diagnosis with cancer, I have watched him endure unspeakable pain from chemo, radiation, and the illness itself. I watched him adjust to life without his leg after it had to be amputated, and watched him progress with his prosthetic leg and regain his ability to walk. Despite many instances of discouragement, Luke has not lost his touch or his personality. He is still the biggest punk in the world, still owning me with his biting wit and insults.

And he has rehabilitated to the point where he can play ping-pong once again. Through the Make-a-Wish Foundation, he was able to request that Brian Regan (pictured with Luke above), a favorite comedian within my family, come perform for Luke and guests invited by him to a birthday party at the church where my dad is a pastor. It was a truly enjoyable event, during which Luke challenged Brian to a game of ping-pong, which Luke obviously won, but watching Luke play ping-pong with Brian was truly cathartic.

No matter what, you will always be my little brother, Luke. And it is a pleasure to call you that.