Yes, I Commute to College
Odyssey

Yes, I Commute to College

How I grew from hating the commuter life, to wanting nothing different, and some questions I get from residents. 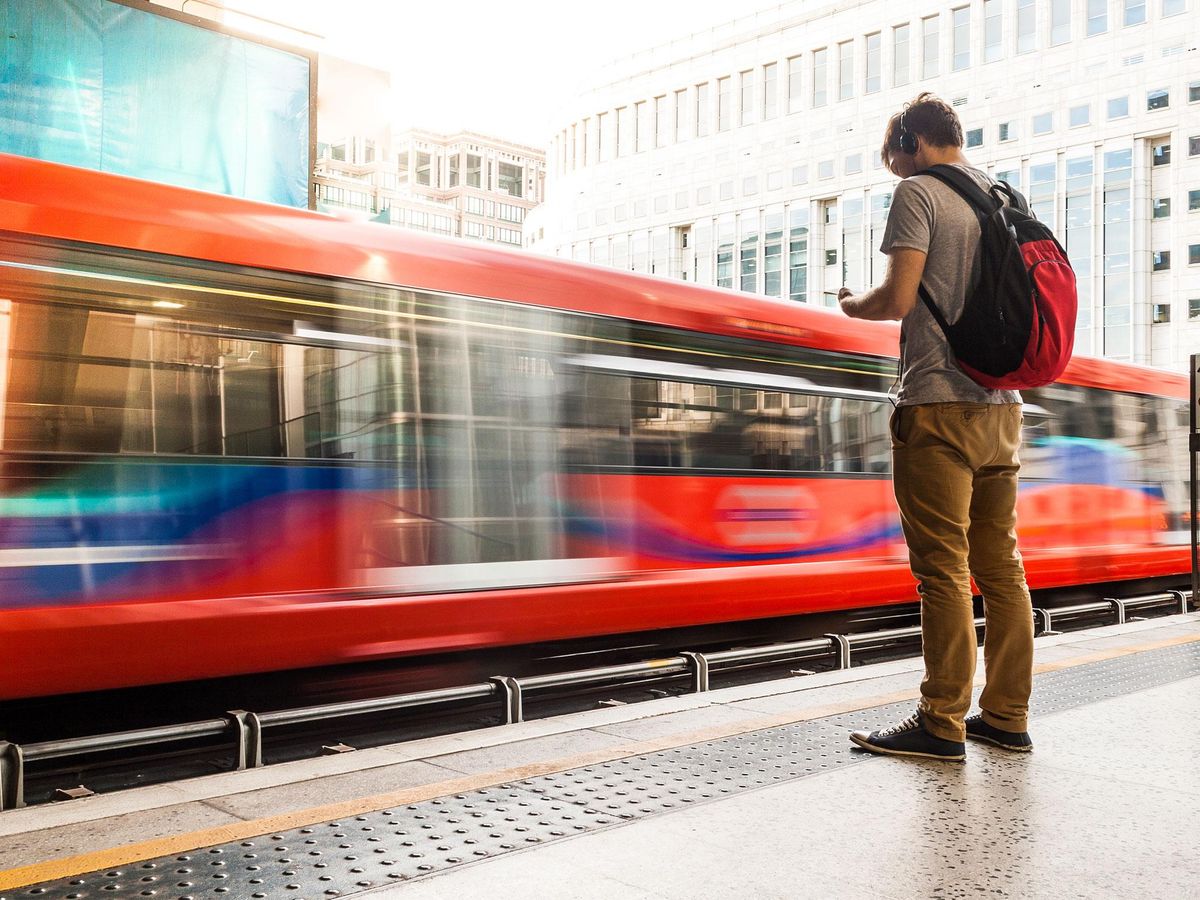 Imagine you're in high school, dreaming of college; the parties, the friend's you'll make in your dorm, the new atmosphere, being able to just roll out of bed minutes before class and be on time. Away from your parents for the first time, freedom is so close. Now think of the person with all these expectations being told by his or her parents, "we can't afford for you to live on campus, or we don't think dorm life is right for you."

This happens to a lot of students, like me, and it's not the end of the world. Orientation might be a little bit awkward when other students ask what dorm you'll be living in and you have to explain that you're going to live at home. From personal experience, most people are oddly confused. The best feeling though, is meeting an incoming Freshman who's also commuting.

I always get questions from classmates about what it's like commuting; where I park, what I do between classes, how I eat, where I study, or how I get socially involved. I'll admit, in the beginning of the semester I was wary of even saying I was a commuter. In one of my classes, we had to write down some information about ourselves; our phone numbers, majors, years, and where in campus we lived. While everyone was filling out the sheet, I tried hiding my answer from the person next to me and put another paper on top of mine when we passed them forward.

Even before that, I had to plan out the day before how early I'd wake up to drive to school in order to be at my 9 am. As exciting as the prospect of college was, the idea of not knowing where to go scared me a little bit. Residents had moved in, and were meeting each other and knew more of the campus than I did, and I only had a few chances to meet other commuters. There was a party for new students at school on the evening of move in day, so being naive and thinking I'd have a good time, I went. I was woefully wrong. I had already met my best friend through being commuters at orientation, but I really didn't have any close friends yet. The night was hectic. I pretty much walked aimlessly hanging around with the people I knew who had moved in, but I felt so left out because they all talked about move in and their plans for later with their floor mates. I ended up leaving after a few hours, and when I got home I broke down and cried. I was NOT happy with commuting. I thought I'd never make any friends and not go to any events. I was devastated. It had all come crashing in on me that night.

Well, the first day of classes arrived and I got to school an hour and a half before my class and went to the commuter lounge. I was astounded by how many people were there. Obviously us freshmen were a bit shy, but the upperclassmen were great. One in particular made it his mission to know all of our names and make us feel welcome. I felt so so much better. The newbs sat together and compared class times, and I found out I had class at the same time as two other girls, so we walked together as far as we could before we had to split up and head to our separate classes. We kept this up for a few days until we got comfortable. The first two classes went by and I had a three hour break before my next class. I excitedly headed back all the way across campus to the lounge and spent that time with my new friends. My day was done at four, and I was EXHAUSTED. I was like a little kid. I wanted to tell my parents everything about my classes, what I ate and the people I met.

As time went on I began to develop a friendship with both residents and commuters. My resident friends would check me into their dorms and hang out, and my commuter friends who are upperclassmen gave me awesome advice, which I still receive with open ears. Some freshmen started to stem out and leave the lounge, and some started to come more often. Mid September came and I began to get to school REALLY early so I could get breakfast and sit outside before class. I joined one student group, APO, and I went to sporting events with my friends.

To answer the question of whether I have friends, yes I do. I have a close knit group of friends of all different backgrounds, and majors. I have friends who are my age, and some who are Seniors. I've also made friends with a few residents as well. Admittedly not as many as my commuter friends, but I'd say a healthy number. To add on, to this, residents also ask how commuters get boyfriends or girlfriends. I am 100% serious, I've been asked this. Let me tell you, it's not hard at all. Remember the upperclassman who made it his mission to introduce himself to all of the freshmen? Well, he's now my boyfriend. Our relationship is no different from a relationship between residents, except for the fact that we can't just walk somewhere in a few minutes and be together. Personally, I like our situation better.

Another question I get a lot is how I get involved with more than just classes. It was not hard at all. Clubs didn't really work for me just because I don't have the time, but I did join a service fraternity, as I mentioned earlier. I know someone who is in a sorority, and others who are in student associations. My best friend plays a sport, and another is in band. So yes residents, we actually do things besides study!

Some of the more, dare I say, annoying, questions I've gotten are how I eat on campus and where I study. There are numerous places to get food on campus and I frequent the same places residents do. I do not use the dining hall, 1. because I don't have swipes, and 2. the food is just awful and I feel sorry for residents who have to eat there. The other question, where I study, gets me every time. I study in the same library as residents, or in Starbucks, but I also study at home just like residents study in dorms.

A question I get less frequently than others is what I do in my gap between classes. Residents can go to their dorm and take a nap, or hang out in floor lounges, but I tend to go to the commuter lounge every single day, and I've had my fair share of naps on the couches. Sometimes I will even go home for a little bit or go out on errands.

As the semester closes I've been reflecting on my experiences. I started school embarrassed about commuting, and now I'm proud of it. I enjoy being able to get away from school now. I made a great group of friends, all of whom I love so much, and don't know what I'd do without them. I was sad I wouldn't be able to take part in night activities at school, but I learned to get over it and revel over my freedom to drive wherever I want. I connected with other commuters, and I am immensely grateful for having all of them in my life. Commuting is now something I want to do the remainder of college and I'm happy with just that. I hope any college resident reading this understands the life of a generic commuter a little better and takes it into thought the next time you meet a commuter.