What is the Media?
Odyssey

What is the Media? 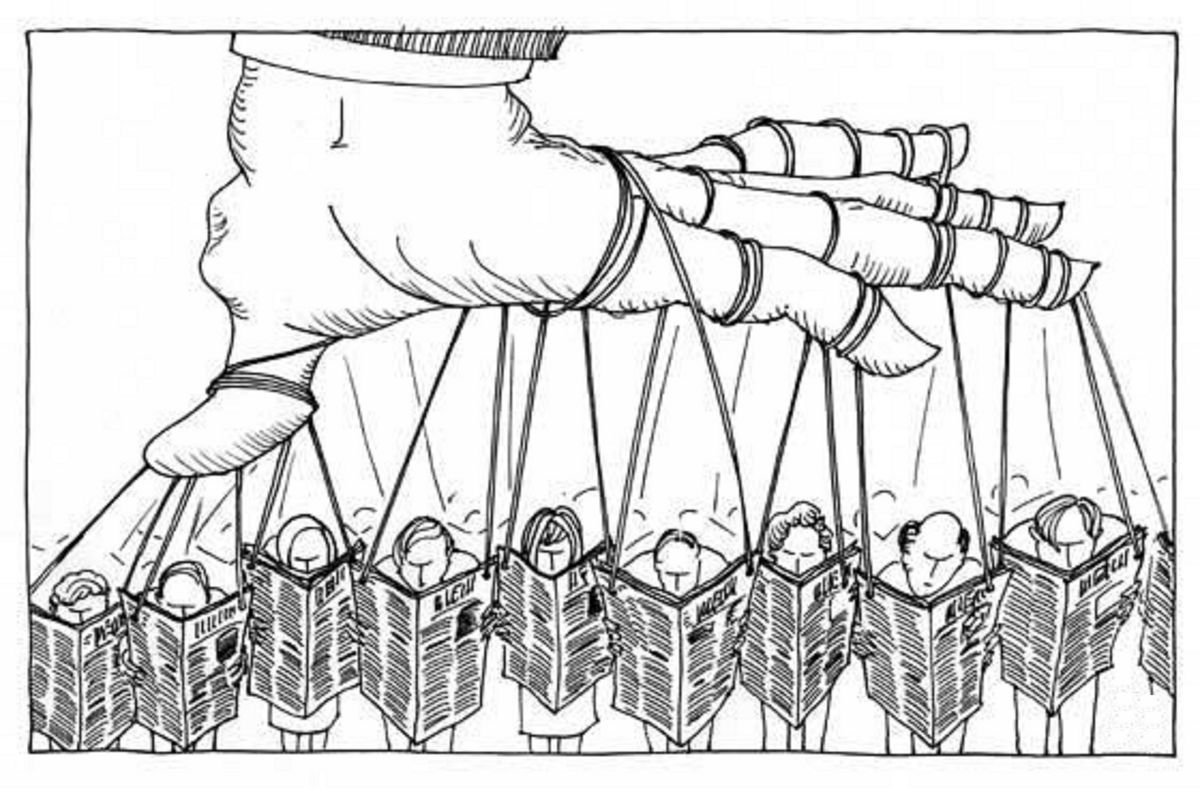 The formula is always the same, dear reader, you come home from a day of work and/or school, and you turn on the television to the news station and find that things are certainly less than ideal. There’s war, corruption, problems with politics and the economy, people are dying all over the world and even close to home. Yet, as bad as these situations may seem, there are still time for commercials for insurance, TV shows, cleaning products, food, and a barrage of other products and services. However, television is only one platform that we can access the media from, we also have computers, tablets, newspapers, the Internet, and other ways in which we find out what is going on in the world. But with all these platforms and means of expressing it, it begs the question as to what exactly the media is.

In his book Amusing Ourselves to Death Neil Postman established that the media is a force which is an aspect of every culture and is the means of knowing what exactly is going on. The means vary from culture to culture and include smoke-signals from Native Americans, drum beating from various African tribes, oral, writing, visuals, and any other means of communication. But to Postman, the first example of mass media came with the invention of the telegraph in 1850’s America; for the first time in history, people across wide swaths of distance could communicate within the same period of time and news quickly reached the other party with efficiency in communication unbeknownst to humanity.

Postman saw this as an advancement in communication, yes, but what it lost was what exactly it had to communicate, and the formality and prose that language delivered it in. Henry David Thoreau summed up the problem in his book Walden in saying:

Needless to say, Thoreau was right in describing the useless and hedonistic nature of our mass medium that has come to dominate our lives; and I do not use this term lightly.

Our lives have officially been defined by what is on the media and there is no way to escape it in the modern age. Everything we need to know is merely a push of a button away, all we need to know is on the news, regardless of whether it’s useful or not, and God help us if we lose our phones or if there’s no Wi-Fi. Yet, amongst all of the information that it has the potential to present us, of all the things going on in the world, it still finds the time to advertise countless commercials, regardless of how important the subject at hand may be.

In a poll taken by Nielsen, the average length of television commercial breaks lasted an average of 13 minutes and 25 seconds in 2009, but increased to 14 minutes and 15 seconds in 2013 on broadcast networks. The length was even higher on cable TV networks, reaching an astounding 15 minutes and 38 seconds; a little over half of the 30-minute program scheduled for each time slot. Not to mention that no matter how bad the story may seem, there is always a break for commercials and always a shift from the serious need-to-know to lighthearted product and service advertisements. One of the few times that there was a broadcast with no commercial interruptions was on the morning of September 11, 2001.

By having the news media littered with useless stories and commercial breaks that serve little to no purpose, the news has officially become overburdened with pandering coverage, insignificant courses of action, and has devolved to a point of where the news has become more filler than informational. By juxtaposing two stories together, the media has negated any value that either of those two stories may have had by placing them at odds with one another on a clustered schedule. After all, what better way to take away the tragedy of the Manchester bombing than by placing a video of a Shibe-Inu playing with a fidget spinner not more than ten minutes after the story about Manchester?

When it comes to objectivity, the media is also really picky about what it would like to present. Case-in-point: Brian Williams lying about being shot down in a helicopter in Iraq. Back in 2003, towards the beginning of the war with Iraq, the helicopter that Brian Williams was in was shot down with a rocket-propelled grenade with Williams inside of it. However, back in 2015, it was discovered that the story was a lie and that Williams was in a different helicopter, 30 minutes behind the one that got shot down. The story prompted an investigation by NBC and found Williams guilty of lying and received a six-month suspension and fell from the 23rd most trusted person in America, right down to the 835th spot.

This fact, plus many more shows that there is a lot that the media is not telling us, or that it does not want us to see. The media, unfortunately, has also proven itself to be a subjective manner, depending on who is expressing it. Some networks may have a political preference and choose to express information that only fits their agenda and may choose to leave out some information that they may not necessarily agree with. Certain stations either lean to the left or to the right, especially amongst bigger news names, and appeal to different audiences, but they still do not tell the whole truth. The media, paradoxically, is able to appeal to numerous amounts of people, but falls short when it comes to providing what is true, relevant, accurate, or useful.

The media has become so engrained into our lives that it is able to lie to us, divide us, and even provoke us into issues we shouldn’t really be too worked up over. It is an entity that casts a cold hand over us and stretches from everything to sports, news, and politics, to entertainment, education, religion, and other subjects. It is able to constantly shift and evolve forms, while still able to retain its volatile nature and its bombastic way of delivering what it provides. The concern of image, the quick deliverance of products, and its scarily scientific ways of measuring what it is we like to see is a scary reminder that no matter what we think, the media has made itself a part of our lives more than we’d like to admit.

As Neil Postman said it best:

“There’s no business, except show business.”