And how to be a good audience member! 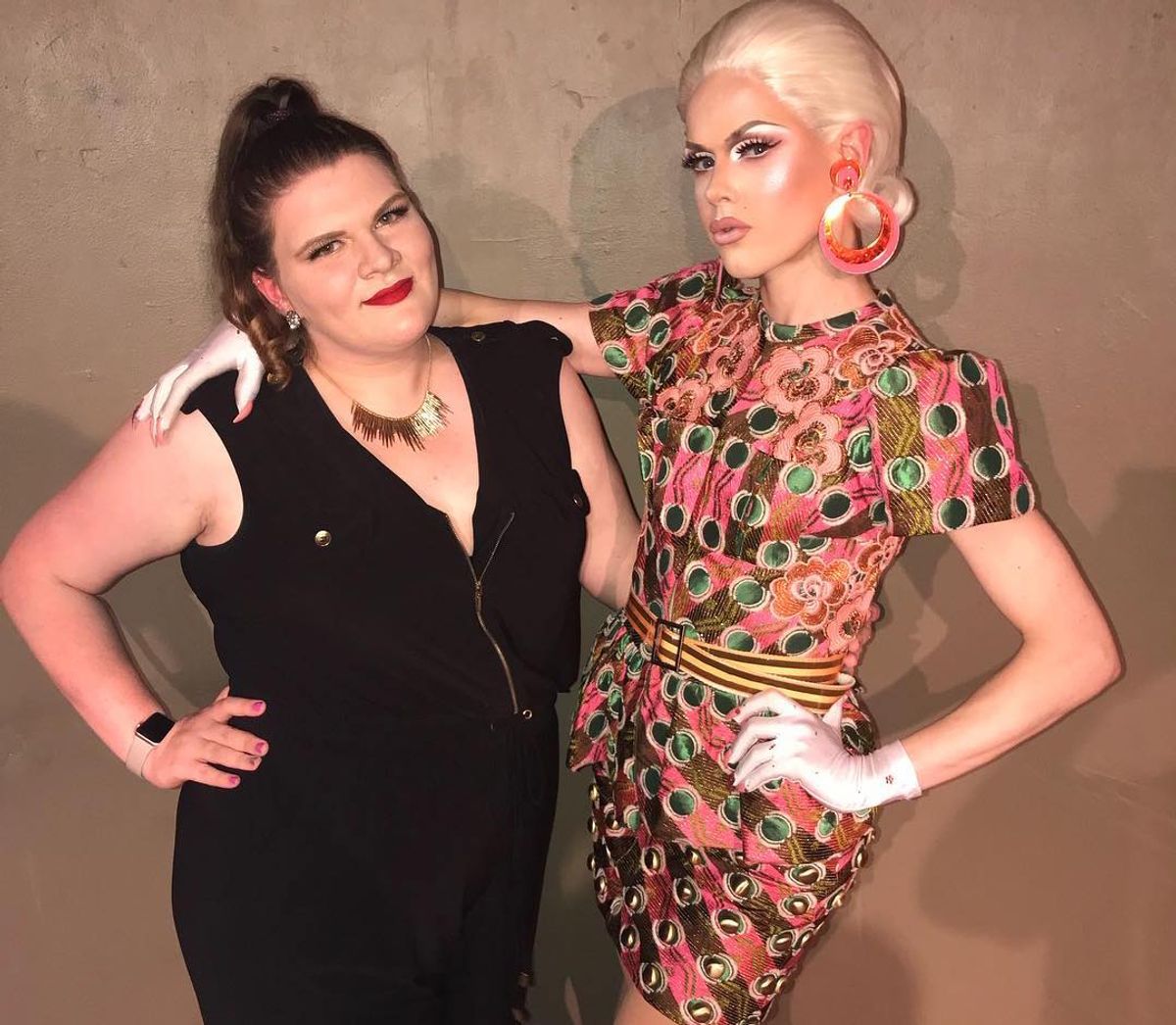 At the ripe old age of almost 24 years old, I've done a few things. I realize that some people have not lived the non-linear path that I have, which included a break between transferring schools. In this break, I became quite a bit of a club kid. Most of my weekends were spent in various clubs and bars meeting some pretty interesting people. It wasn't until I wrote a Yelp review about a drag brunch that I attended on Sunday that I realized some people have never been to a drag show...or even seen a drag queen in person.

With the influx of drag becoming more in pop culture, much in thanks to RuPaul's Drag Race, most people can name at least a few queens or references. But unless you live in a fairly populous city, the chances are you don't have a gay club for the queens to visit or can see a drag show.

I'm lucky enough to live so close to Washington DC and be able to go see drag shows as often as I want, so I decided to explain what it's like to go to one if you haven't. The first thing, if it's a Ru girl, you need to get tickets. I personally always get my tickets way in advance, because most queens sell out rather fast. I recently saw Blair St. Clair on Saturday and was super excited to see her live! Ru girls always bring lots of people so I'm the girl who always arrives at least an hour early.

Then you stand in that line....and you will be waiting for a while. I always recommend bringing at least one portable battery charger and put your phone on low battery mode. When you get inside, if they have chairs, grab one. If they don't, find a good spot near the stage. If it's a meet and great, wait for the queen to come out and get in line. If you want to take a picture with a drag queen always use flash. Flash works best with their makeup, trust me when I tell you ALWAYS USE THE FLASH.

If you're doing an M&G, you'll have to wait for the queen to meet everyone and then they open the club to the general public so go grab a drink and use the bathroom now. It will most likely get crazy when the general population comes in so it will be hard to have access to these locations.

When the show starts, get off your phone and be present. It's totally fine to take photos, videos, and Snapchat parts of a show. They might not seem like they will notice but they will totally notice if you are texting or calling someone. It's a performance, it's the same thing as texting during a play. Pay attention!

When a queen comes on, don't touch them. A lot of queens are very interactive with the audience and will touch you or bring you up on stage or dance next to/on you. But that does not give you permission to grab or touch them if they don't ask for it. This should be common sense but I've seen queens have their gowns ripped, their jewelry broken and even had a wig ripped off because people couldn't keep their damn hands to themselves.

Also, and this is the most important thing to remember. Tip them. Not just the queen you came to see, tip all of them. They need money. Drag costs a lot of money and a lot of time they don't get paid a ton for booking fees unless they have been on the show. Imagine buying a full face of makeup times 1000x because there is so much makeup that goes into it, plus wigs, gowns, and shoes. At least bring enough money for one dollar per song. It's the same as tipping your waiter or even a stripper, it's important.

Overall, have fun. Drag shows are fun and you're supposed to be fun. It can be overwhelming if you have never attended one but just sit back and enjoy!