Supporters Of "13 Reasons Why," Welcome To Your Tape
Odyssey
CurrentlySwoonLifestyleHealth & WellnessStudent LifeContent InspirationEntertainmentPolitics and ActivismSportsAdulting
About usAdvertiseTermsPrivacyDMCAContact us
® 2023 ODYSSEY
Welcome back
Sign in to comment to your favorite stories, participate in your community and interact with your friends
or
LOG IN WITH FACEBOOK
No account? Create one
Start writing a post
Entertainment

Supporters Of "13 Reasons Why," Welcome To Your Tape

Get a snack. Settle in. Cause I'm about to tell you why you need to be weary of this toxic Netflix original. 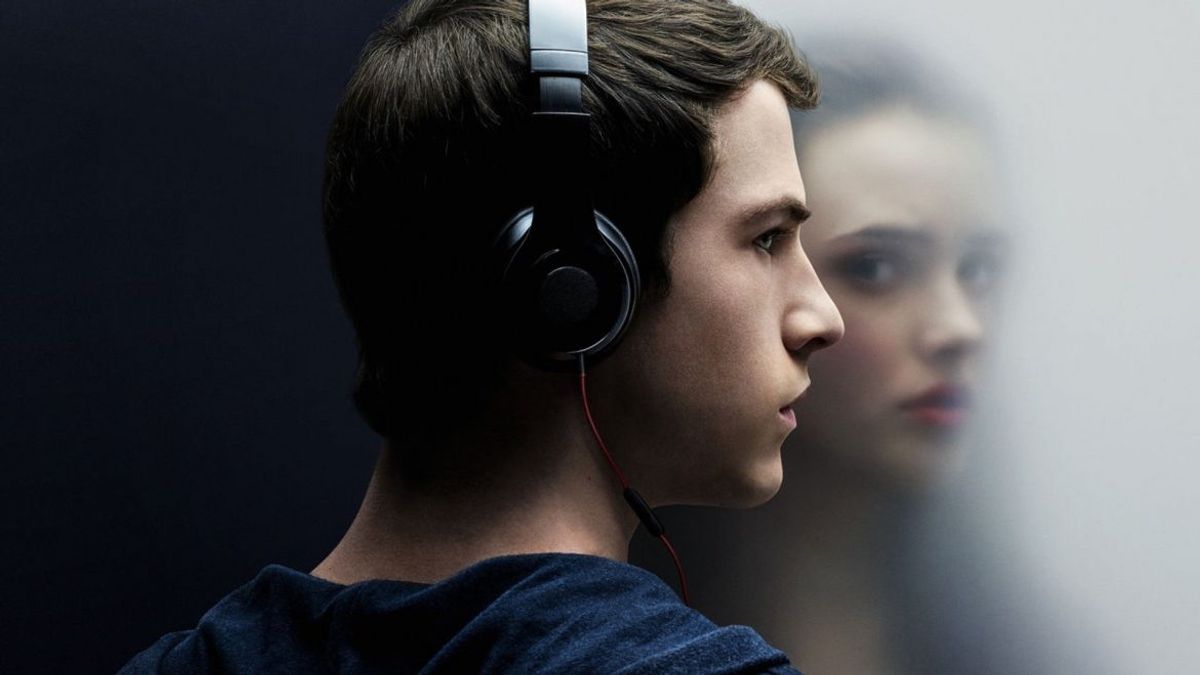 "The rules here are pretty simple. There are only two. Rule number one: you listen. Number two: you pass it on." -Hannah Baker

For those of you who may be unfamiliar the Netflix Original Show 13 Reasons Why focuses on high school student Hannah Baker and the 13 people in her life that caused her to commit suicide and how after her death she gets revenge. After her suicide these 13 people receive tape recordings of the 13 reasons and it links them all together in a very twisted way.

Before I begin, let me just make myself clear in saying that yes I have watched Season One of this show so I'm not one of those people complaining about something that I'm unfamiliar with. However, I have not read the book this show is based on so I'd also like to be perfectly clear in the fact that this article does not pertain whatsoever to the content discussed in the novel. This article is simply my opinion of the awful television show that Selena Gomez and others helped created and why more people need to be talking about it.

All of Hannah's tapes are her talking to one specific person so to mirror that I'd like to talk to the those causing this show to thrive and why they're making a huge mistake.

If that's you: Welcome to your tape.

I watched the show for a few reasons. At the time that season one aired I was a big fan of Selena Gomez. I was also a 6th grade small group leader at my church. And to top it all off I had a complex on again off again relationship with depression. Watching this show is like watching a bad car accident, you can't look away no matter how violently your stomach turns or no matter how bad your eyes water. I started watching this show because the majority of my middle school small group had said they started watching it and ended up watching the whole season in one night: I'm always game for a good binge watch. But a lot of them also said that the show made them really upset and that they had a lot of questions about the issues it covered.

So for this reason and others I attempted to spend that Sunday night binging 13 Reason Why. I feel compelled to be fairly open here and say that my struggle with depression has taken me in and out of counseling but also in and out of lots of dark places. The feeling I got at the end of each episode when the screen went black was so overwhelmingly heavy, it momentarily skyrocketed me back into the black hole that is the helplessness felt at the beginning of a depression diagnosis. In my opinion no TV show that's marketed to middle school and high school students should be that triggering.

It's unsettling to me how suicide is presented in this show. It shown as a great solution. In Hannah's 13 tapes she exposes the school for not caring about her, a boy for sending around private intimate images of her, another female student for being gay, and another student for raping her.

Yes, some of these things are things Hannah needed to be outspoken about, with the exception of outing someone, no matter how awful that character in the show is portrayed to be. This show goes out of it way to paint an LGBTQ+ individual as a villain because she won't come out which is just so sickening and wrong on so many levels. In one of Hannah's tapes , which she threaten to release publicly, she outs one of the female characters. Coming out is a completely individual choice and is not at all something that someone should do for someone else, especially to get revenge. By including this, this show send such a sick message to the viewers about what makes it okay to out someone. And I'll say it again for the people in the back: Nothing makes it okay to out someone for their sexual orientation. NOTHING. NOTHING. NOTHING.

Like I said before, all of the other things Hannah Baker leaves in her tapes are all things that needed to be brought to light but the fact that she does it after her suicide is not a positive thing like it's portrayed to be in the show. So what if she exposed them? She's dead. Her life ended. No young person should be watching a show that may make them feel that the answer to exposing someone that has done something awful to them is to commit suicide and leave the information behind to be found. No. Young people need to see that there is power in standing up and continuing to fight for yourself even after the unthinkably awful happens. There's nothing wrong with being loud about what has happened to you; there should be no shame involved in revealing these things about yourself because there are communities in our society that will embrace you, protect you and fight for you. People need to be seeing strong characters and communities that deal with sexual assault and rape in a positive manner. They do not need to be shown a high school student slit her wrists and bleed out in a bathtub. Something that is shown completely in this show. Not even the very end of Hannah Bakers life is kept private and sacred. Her suicide is not implied; it is shown in full and made a spectacle of for the purpose of entertainment and views.

Let me make no mistake in acknowledging that suicide is an upsetting reality and too many young people each year are lost to it. If we as a society continue to portray it on screen in this light and market it to young people it will become even more common place and will be viewed even more widely as a good solution. If shows continue to romanticized suicide and rape and sexual orientation for entertainment and blow it up on screen than nothing about our society will ever change. And in my humble opinion something really needs to change. There needs to be a call to action for more strong characters on screen that deal with these awful issues in a positive light way. There needs to be a halt in painting LGBTQ+ as villains or lesser than. This may be shocking to some of you but a persons a person so find your chill please. The type of example we set is the type of generation and society we create... what kind of example is a twisted show like this setting for rising generations?

Issues such as coming out, rape and suicide should not be used to market a television show or create a national spectacle. These are issues that our society needs to learn to respect and we need to find a new way to put them in the limelight in order to raise positive awareness. We need to praise people for sharing their tough stories not manipulate their deeply personal and private struggle for entertainment.

I won't be watching the second season of 13 Reasons Why when it goes up on Netflix soon and I hope that before clicking play you at least give a thought to the twisted manipulative nature of the first season. Ask yourself what kind of message it conveys and how it makes light of deeply personal and private struggles that many people face.