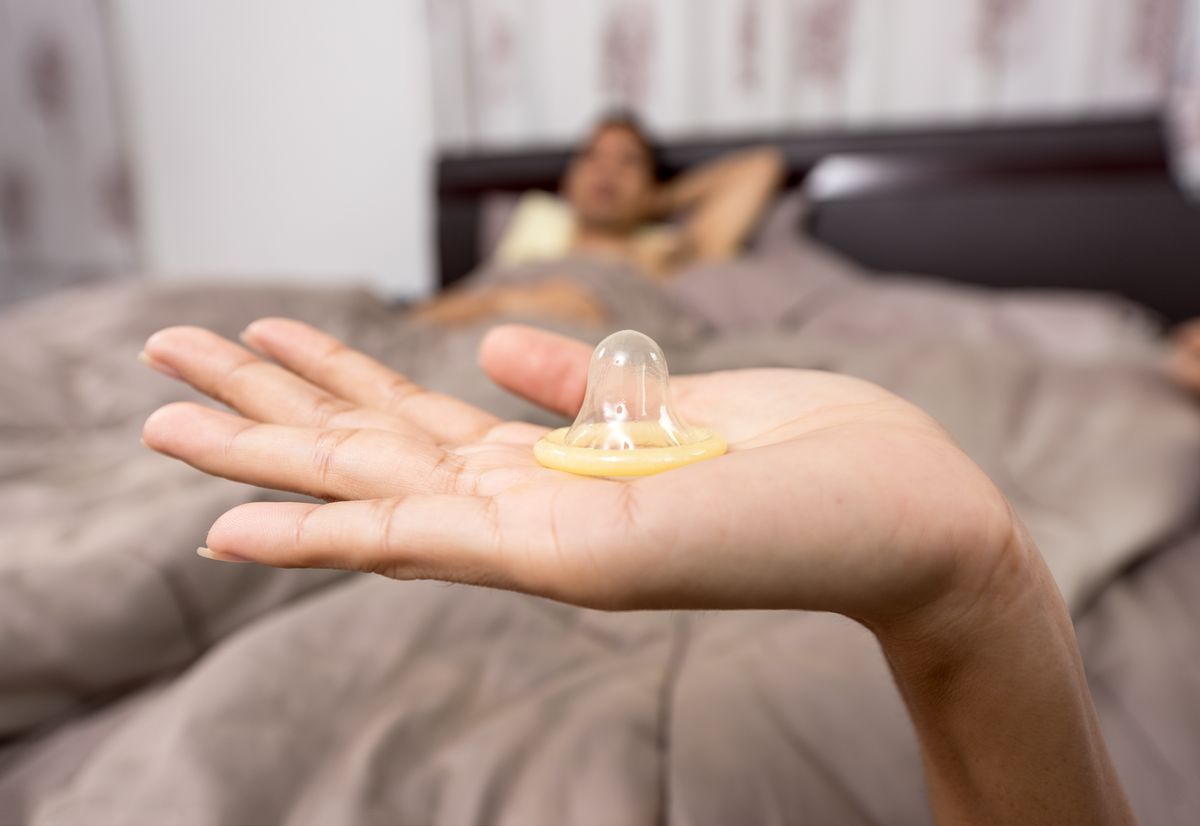 “You are a present for your husband on your wedding night.”

One sentence. One sentence was all it took, heard in the midst of my terrible eighth-grade health class, to make me make a pact with myself.

I was not going to a present...

I was gonna be the Sex Girl.

On the day in question, my poor class’ alleged sex-ed teacher was doing the exact opposite. Rather than literally educating us on Sex, as the name suggests, our teacher was mid-spiel on how “the Devil lurked in our underwear drawers” and “sex was made to be tempting to weed out the weak of heart” blah blah blah.

Just to clarify, there's nothing wrong with actually choosing abstinece. The problem arises when supposed health teachers shame young girls to be what a boy would want and not what she wants for herself.

The puberty propagandist continued on her virginity-tirade with, “And no boy is gonna want a present with torn wrapping paper, or a wrinkled ribbon…”

Upon wrapping up (see what I did there) her sermon, the surrounding hoard of petrified and naïve eighth-grade girls gave the “educator” (Really note those quotation marks) a polite smattering of applause. However, sat front row, dead center, was my chubby butt- simply seething.

“I am not a damn present,” I manically thought, “If my husband doesn't like me not being his standard of pure, then he's not the One for me. It’s my life she just insulted, and I will not deny myself basic human wants in the name of another person’s ideal.”

Snap. One second, you’re an innocent virgin, and the next, you’ve got a sex-promise to keep.

Maybe I should just stick with "Sex Girl”? It has a certain bite to it.

From then on, seeing as my school system wasn’t going to help me, I became my own informant on the nitty-gritty of getting down and dirty. I was lucky enough to have an honest curiosity towards the matter, and from that curiosity, I killed the cat of ignorance.

I got so well-informed (Thank you YouTube), my parents just kind of knew I didn’t need “The Talk” when it came time. Lucky me.

And I know it sounds really odd and degrading to be calling myself Sex Girl, but I wear the self-made title with pride. It’s my weird super-power to be fully open when talking about sex.

The act itself is already awkward enough, and timidity towards it only makes everything for everyone worse, so I proudly advocate for sex with all the might I can muster as to educate those who also have been failed by the awful state of our sexual education system, lessen the stigma and societal-shame, and simply to make for better sex.

My one private school alone was cranking out year after year of uneducated and ignorant kids into a sex-crazed world. Imagine how many other schools were like mine. Imagine how many kids weren’t using consent, or rubbers, or the full extent of their mouths and hands during sex? It’s a nightmare scenario!

So for their sake, the sake of all of their potential partners, and the sake that they may be one of my potential partners (What? Everyone's a little selfish.), I had to spread my findings fast as if they were an STI and there was a national shortage on condoms.

Yes, I was that girl who knew an entire rap about consent.

Yes, I was that girl who asked her mother for Christmas a book on “hook-up culture” for the sheer fascination of it.

Yes, I was that girl who would very excitedly go off on how the hymen is like a rubber band that needs to be stretched properly before penetrative sex and would proceed to demonstrate the best techniques.

And even still, it wasn’t enough.

It’s wild to think that even with all this advocacy on my part to kill the stigma surrounding sex, I still sobbed in shame when my mother found out I wasn’t a virgin.

That societal-born contempt, that look of disappointment from conservatives, that invisible finger being wagged in your face for your wrong doings, that feeling. It’s hard to shake. Trust me, I’ve been at it for years, to shed myself of this stifling traditionalist mentality, and I'm still not cured.

But this old world disapproval will not stop me. I still advocate for better sexual education and for its presentation at much younger ages as to have future generations never have to know this shame.

We need to do better. We just have to.

We, pursuers of sex and it’s many facets of knowledge, are not evil. We’re just human.

“You are a present for your husband on your wedding night.”