Why You Need to Go Watch "Civil War" Right Now 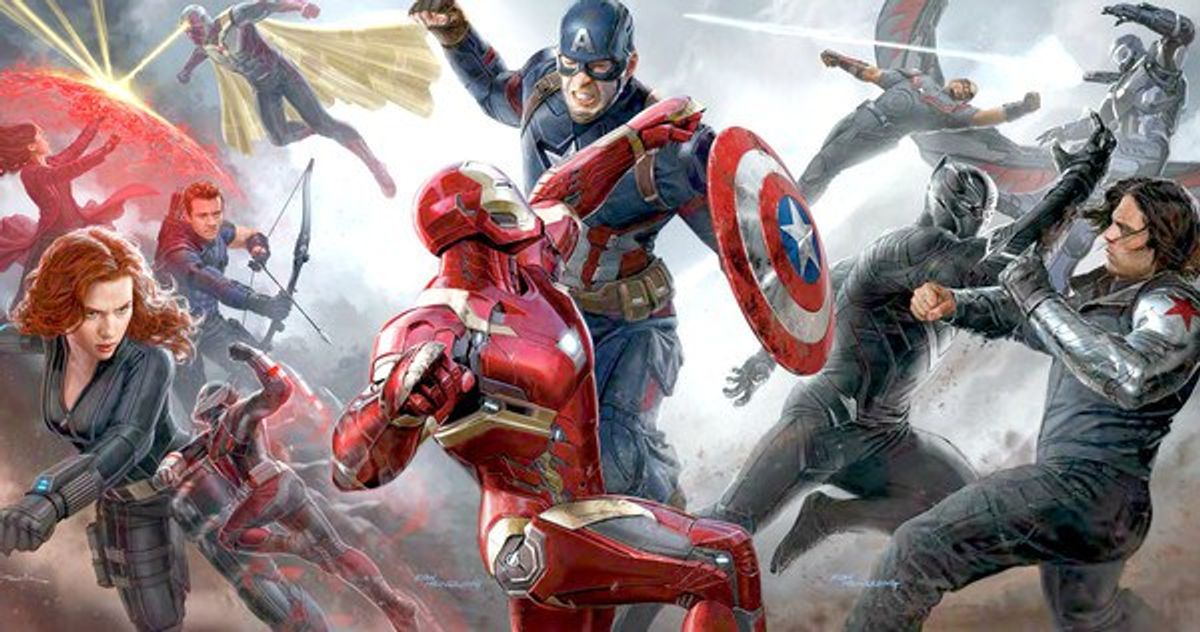 This weekend I did something hundreds of millions of people are bound to do in the next month: I watched Captain America 3: Civil War. And I loved it.

So I have to admit, I may be a little biased: Captain America is my favorite superhero (unless you count Bucky), and his The Winter Soldier is my favorite Marvel movie by far. Civil War has the same solemn tone intermixed with well-timed jokes, although the jokes continue into battle for a while. The best part: the last half hour of the film is just as intense as the end of The Winter Soldier, but it's no copy or imitation of previous success. Here's why you should see Captain America: Civil War right now.

(Disclaimer: This article contains no spoilers, at least as long as you've seen the trailers.)

Like I said, if you can count Bucky as a superhero, he would be my favorite. In Civil War, Bucky is back, but is he better than ever? You'll have to find that out for yourself. Civil War gives you another not-quite-satisfying-because-you-want-more taste of the scruffy, messy-haired, metal-armed super soldier you already know and love from The Winter Soldier. That sentiment may or may not be shared among the other Avengers.

The debate is relevant to our world.

So what do superheroes have to do with the real world? Wow, where do I begin?

Freedom, or security: which is more important? This issue is huge in our society right now, and only bound to get bigger. However you feel on the issue, to get one, you generally have to sacrifice the other, and it's bound to make somebody very, very angry—especially when it's done covertly. Think the NSA scandal and the Patriot Act.

Besides, Marvel tackles a subject many people have half-jokingly criticized superhero movies for over and over again: what happens after a superhero saves the world but destroys a city? The issue there is one we are tackling, too, especially on the subject of drone: how do we deal with collateral, and who do is blamed? This has become a major issue with modern warfare, especially with the frequent use of drones. How do we decide what, if any, collateral damage is acceptable? How do we deal with it? Who is to be held accountable for it?

As we know, with a new Marvel movie often comes the introduction of another major character. You'd think that, with the premise being a "civil war" dividing the Avengers, the writers would work with characters they've already introduced, especially given that there are so many main characters at this point. But of course, being Marvel, they had to take the risk of introducing one more on top of all the other major action going doing in the movie. And somehow it all works, and all the characters play an important role. Even Spiderman gets a good piece of the action. And with a character as good as T'challa and as well-portrayed as he is by the handsome Chadwick Boseman, the introduction of a new character is so worth it.

It's set up so subtly in the past movies, and it sets up future movies subtly as well.

If you haven't seen the movie its opening weekend and for whatever reason can't see this movie during the week (Yay, $5 Tuesdays!), I would definitely recommend trying to catch up on the plot by re-watching at least The Winter Soldier, if not The First Avenger and Age of Ultron. Obviously, the third Captain America movie is in some ways a continuation of the second, and the theme of Captain America's fight for freedom over security (while still trying to have a bit of both) is continued.

In The Winter Soldier, Cap fights the good fight against preemptive punishment as well as Hydra agents who would use that technology for their own nefarious, murderous gain. If you pay close attention, you may even catch a certain easy-to-miss-but-utterly-important moment toward the end of the film that is part of the setup for Civil War's most violent conflict.

To no one's surprise, especially given Marvel's history of "hidden" teaser trailers, the new film even sets up future movies—not only with the trailers, but within the film itself. Of course, you probably know that already, considering that T'challa has been introduced and the Black Panther movie is set to premiere in less than two years—February 15, 2018.

So, now it's time to put on your favorite Avengers t-shirt, get out there, and watch that movie! Oh, and of course don't forget to wait for both trailers at the end!