Little minds are tamed and subdued by misfortune; but great minds rise above them. 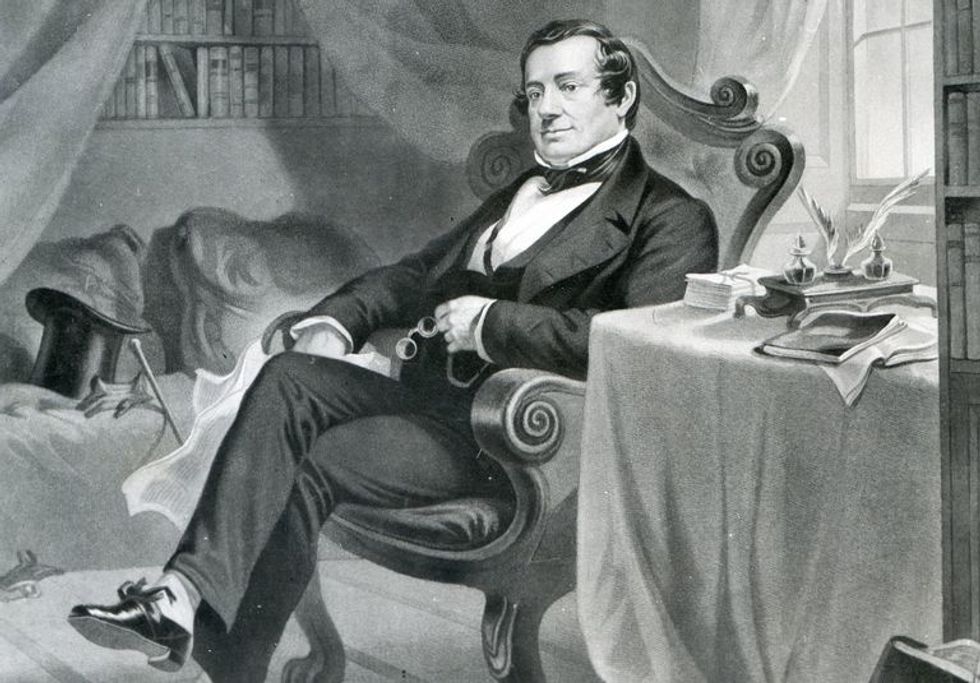 With a distinguished career as The United States Ambassador to Spain, a historian, an essayist, and as a short-story writer, Washington Irving's status as a patron, and champion of literature in America sits at the forefront of the greatest importance, if not reverence.

One of the first writers to earn acclaim in Europe, attracting admiration from prominent authors such as Lord Byron, Charles Dickens, and Sir Walter Scott, Irving understood the necessity of narrative, lore, and literature in order to lay down the foundations for a culture in a young America.

An advocate for writing as a recognized profession, and for stronger copyright laws, the native of Tarrytown, New York, also served as a mentor to the likes of Herman Melville, Nathaniel Hawthorne, Henry Wadsworth Longfellow, and Edgar Allan Poe. With many of these writers who became as prominent then as they are today, Irving's efforts not only lead to the beginning of the Romantic Movement in the United States, but as a consequence, the beginning of a America's timeless literary heritage.

1. "There is a sacredness in tears. They are not a mark of weakness, but of power. They speak more eloquently than ten thousand tongues. They are the messengers of overwhelming grief, of deep contrition and of unspeakable love."

Tears speak in places words cannot fill, and echo in places voices cannot reach. Reining down upon us something that is comprehensible in overwhelming proportions, but proportions that leave us otherwise muted.

2. "Little minds are tamed and subdued by misfortune; but great minds rise above them."

3. "Sweet is the memory of distant friends! Like the mellow rays of the departing sun, it falls tenderly, yet sadly, on the heart."

4. "A woman's whole life is a history of the affections."

Delivered beneath the context of the 1840s and 1850s, a time where women were prohibited from voting, discouraged to work, and expected to assume all duties of care towards their households, the most important matter of feminine affairs was to marry, and marry well. Thus, when one spoke and wrote of women then, it was often in the vein of loves realized, and loves that were never loves to being with.

5. "Love is never lost. If not reciprocated, it will flow back and soften and purify the heart."

Though it may remain unrealized, and lie in wait, in wait to be realized, love never remains. But returns to the place where first was loved. To love it will again.

Thanks to his tireless endorsement of American writers to engage with, and create literature, the efforts of Washington Irving has resulted in the creation, and the realization of a love. One that sits on the highest shelves of every bookstores and library. Ever watching, and ever smiling when a book departs beneath the arms of an entranced reader, and when another returns to take its place. Ready to entrance like it has entranced many before. With an enduring lasting love. Ever smiling. Ever watching.