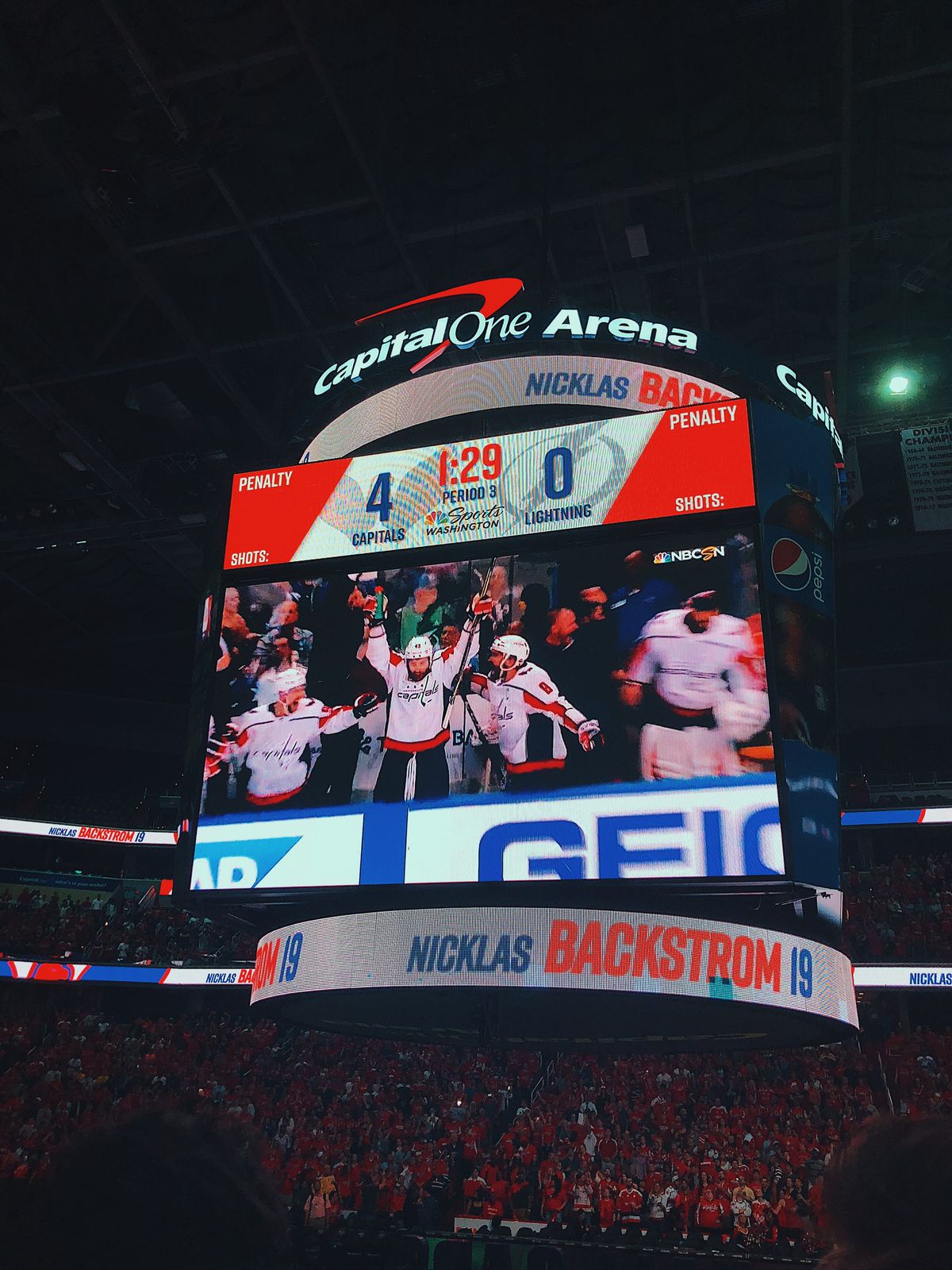 When I was eight years old, a family friend offered my dad glass-side seats to a Washington Capitals hockey game. To be honest, I literally had no idea really what hockey was or anything about the sport. Neither did my parents.

After three hours on one Saturday night, my life changed.

Right before the first period, Nicklas Backstrom skated over and dropped a puck right into my hands. I immediately fell in love with the game. Through the years, I have been devastated. The team has traded or lost some of my favorite players, lost so many times to the stupid Penguins, and have choked in the playoffs. But I still tried to attend as many games as I could and when not present at the games, you could always catch me watching at home, in another state, or out at dinner. This became very prevalent during my first year at college, as I sat in the back row of study hall cheering on the Caps on mostly Tuesday and Thursday nights.

After beating the Penguins a few weeks ago, the Washington Capitals were finally able to break the curse. It was all over. Now came the hard part; beating the Tampa Bay Lightning. To be honest, I was really worried (as seen in a previous article). The first two games were un-frickin-believable.

But then it was like S&%$ hit the fan. I was so worried. During game six, my dad and I both sat in different rooms as we could not handle being near each other. And let me tell you, it was LIT. In the last few minutes they played Enter Sandman, and the Hokie crowd (and others) went wild in my favorite arena. It was unbelievable to watch on tv, although I was sad to miss it in person. Holtby recorded his first shutout and the crowd went wild. Because of this amazing win, I knew I wanted to do something awesome for game seven.

My friends and I had hoped to go grab some wings downtown to watch the game when instead we saw that Capital One Arena was hosting a free event to stream the game on “the biggest tv in the city.” It was no question ongoing and on Wednesday, May 23rd, two of my close friends and I headed downtown to D.C. to watch my boys. The stadium was absolutely packed. We got pretty great seats though as we had arrived early.

Now the game had started. Everyone was nervous, you could feel it in the arena. But a few seconds later, the Great 8 had scored and we were up one. All of sudden it was the third period and we were winning four to zero with less than a minute left. The crowd was going crazy, and all we were doing was watching on a tv. As I looked around me (and as cheesy as it sounds) a few tears were falling off of people’s face. It was just so unbelievable that we could even make it to the last round and for real diehard fans, it was what we had been waiting for for years.

So, this is a message to you my dear Caps. You have overcome. You have overcome the hate and the awfulness of fans who do not believe and the haters that said you couldn’t do it. You overcame the referees that just couldn’t let you win and the NHL who would like to see you fall. You face your biggest challenge yet in these next few weeks, but just know that an entire City and State are behind you. And a little girl who was once eight and you helped her fall in love with a sport that brings so many together. I won’t call out the bandwagon fans because I believe that you boys need all the support possible. But just know, that whatever the outcome, I will still believe.

*Times are subjected to change*