I Was Sexually Assaulted By My Uber Driver
Odyssey

I Was Sexually Assaulted By My Uber Driver

Uber is supposed to make you feel safe, not sexualized 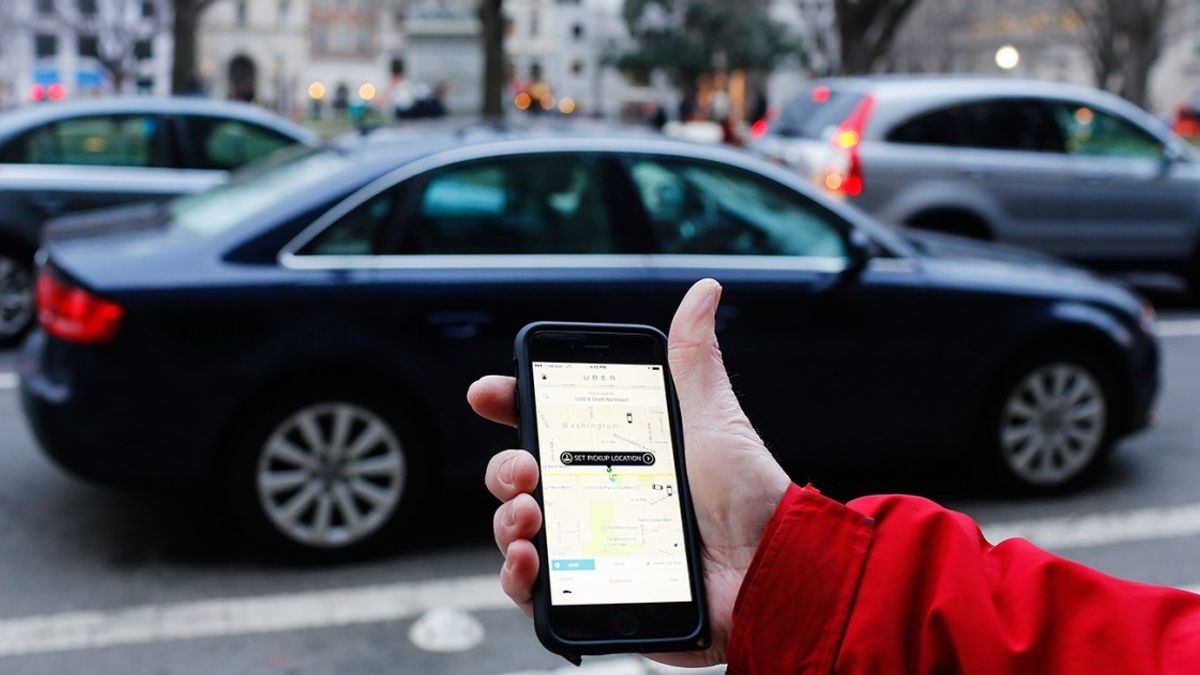 This week I interviewed a good friend of mine who had been sexually assaulted by her Uber driver the previous Friday night. Out of respect for her, I will be keeping her name confidential, so, for now, I will be referring to her as my friend, Nicole.


A few Friday's ago, Nicole and her friend were downtown in La Crosse, WI having a fun girls night out. At about 10 p.m. they called an Uber and got picked up to be taken back to her friend's house. The driver that picked them up was a middle-aged man, about the same age as her parents. Nicole climbed into the front seat, and her friend sat in the back. The driver greeted them and they were on their way. Nicole saw that the sunroof was open so, being the spontaneous and super fun person she is, sat up a little so that her arms were sticking out of the sunroof. She then sat back down, and suddenly the Uber drive reaches over and lifts up her skirt and starts admiring her underwear.

Nicole explains, "He lifted up my skirt and started saying how much he loved the red thong I was wearing."

Completely disgusted, Nicole handed her phone to her friend in the back seat and her friend immediately reported the driver on the Uber app. Nicole explained that they were only a block or two away from their destination so they just finished the ride. The girls contemplated calling the police, but they weren't sure if the incident was serious enough, and they also didn't want to incriminate themselves because of where they were coming from.

Now if you think this story is already so disgusting and saddening, it, unfortunately, gets worse.

On Sunday, Nicole received a call from Uber to ask her questions about the report her and her friend filed against the driver. They discussed time, location, driver name, and all the essentials, but instead of then putting blame on the driver and taking responsibility as a company, the woman representative asked Nicole the worst question you could ever ask a victim: "What were you wearing?"

Nicole explained, "Before the woman even asked that question, I was already shaking because the whole situation was scary and having to describe it made me so anxious. Then she asked me that and I lost it. I asked the woman why it even mattered and her response was: 'Well we need to know if the driver could have seen your underwear through your skirt. Was the skirt see-through?'"

Nicole explained to the woman that her jean skirt was certainly not see through and that he did indeed lift it up to take a peek.

"It was like they didn't believe me. I could have been sitting there naked, and that man still wouldn't have had the right to touch me."

Nicole was very disappointed with the conversation with the Uber rep and it preceded to get worse when they told her they "might not deactivate him as a driver."

"They told me that I won't get matched with him anymore, but there didn't seem to be any initiative or desire to fire this guy."

Nicole plans on calling again to ask if he has been deactivated or not because it still matters. "Just because I can't get matched with him, doesn't mean my friends can't. I could still be in a vehicle with him if a friend were to get matched."

Nicole also expressed concern for other college girls who are apart of the UW-La Crosse, Viterbo, and Western Tech college community. Any of those girls could use Uber and Nicole is very concerned that this could happen again if Uber doesn't follow through.

The last thing the Uber rep asked Nicole is whether or not she has gone to the police, and if she wants to. She told the rep no, and I asked her for a reason why that was.

"You just hear so many stories about girls being assaulted and many of them end up getting in trouble for drinking as if that was the reason they got assaulted or raped. I also wasn't sure what to call this situation. There is a fine line between what is sexual assault and what is just harassment and at the time I didn't want to make a big deal of it, even though the whole situation made me feel sexualized and objectified."

To clarify, according to Merriam Webster Dictionary, Sexual Assault is "illegal sexual contact that usually involves force upon a person without consent or is inflicted upon a person who is incapable of giving consent."


Nicole and I both agreed that the action that man took that night is so normalized that it made her afraid that people, including the cops, might not take it seriously.

To Nicole this is serious. She is a college student that had to make a phone call to her mom the next day telling her that a grown man touched her. Parents want to know their kids are safe, and although her mom pointed out that the situation could have been much worse, it still holds a significant amount of truth to what happens to women every day.

You can't go to a party without guys grabbing your butt, and you can't walk around town without a guy catcalling you. This behavior from men is what drives our rape culture forward and when situations like these happen, it makes you question what is actually being done to fix it. Nicole made clear that Uber didn't seem to be helping try and fix it.

"Uber is supposed to make you feel safe, and get you home safe," says Nicole." As a woman, I shouldn't have to feel objectified or sexualized like that, ever! Honestly, Lyft might be my new go to."

Uber was created as a way to get from place to place in a nice, comfortable environment. Many Uber users prefer the services at night, after going out to the bars. Uber is surely a great way to prevent drinking and driving, but just because the people in the Uber might be intoxicated, doesn't give any driver the right to treat them differently than if they were sober.

What happened to Nicole isn't the first time someone has been sexually assaulted or harassed by an Uber driver. Many people already boycott Uber for incidents in which reports like Nicole's had been filed by employees (like the rep who called Nicole), but the company chose to protect the driver instead of the victim.

"I have been using Uber consistently for over a year, and I have never had a problem. Even in other cities", says Nicole. "But it creeps me out that this man lives in the same city as me and is preying on girls who are out to have a good time."

What a woman wears does not give any man the right to sexualize and objectify her.

What a woman wears is never the reason why she was assaulted, harassed, or raped.

What Nicole drank that night did not give that man permission to touch her.

A woman's alcohol consumption, great or small, does not give

a man permission to touch her, and it is never the reason why a woman is assaulted, harassed, or raped.

*** Author's Note: I would like to thank my friend Nicole for her bravery in letting me share her story on Odyssey's platform, and I hope that other women who have been in situations similar or way worse than Nicole's have the courage to stand up against those who don't seem to understand that rape culture exists and that it is a major issue still today.