Walking Across The Stage To Graduate College Is Overrated
Odyssey

Walking Across The Stage To Graduate College Is Overrated

I walked for my graduation in high school, but compromised so I wouldn't have to do it again in college. 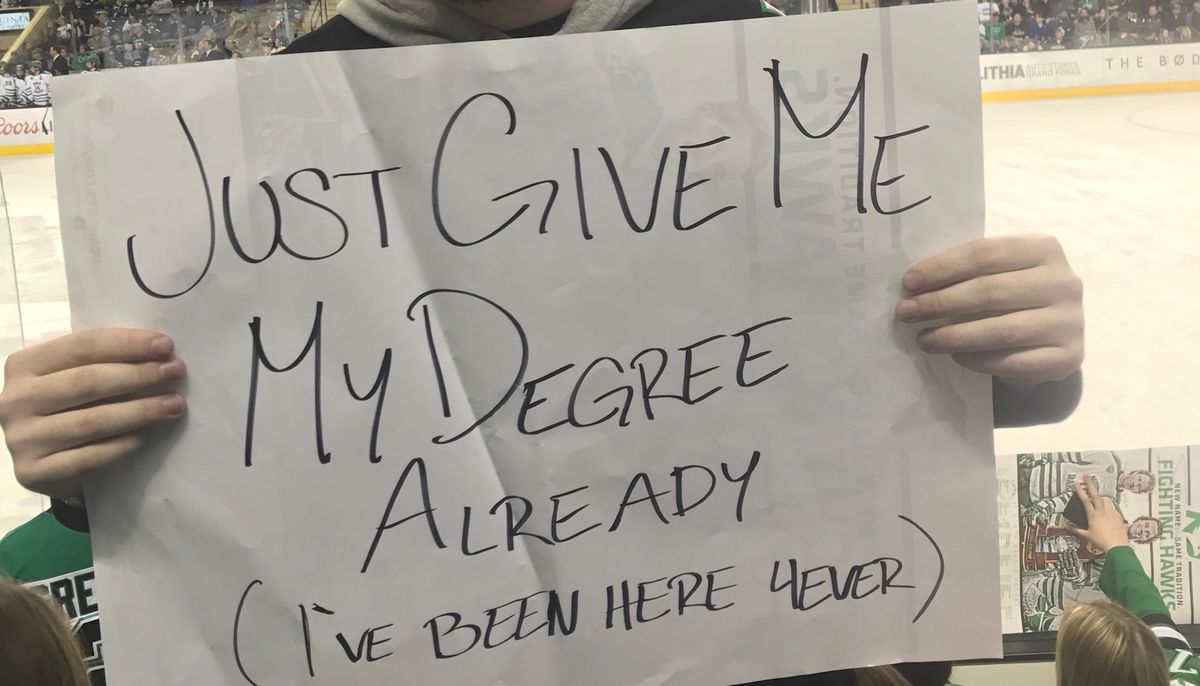 High school graduation was one thing, but college graduation is a whole different burden. I hate to admit this, but college probably wasn’t one of the finer moments in my life. I probably drank far too much, made far too many mistakes, and lost a lot of good friendships along the way. It also took me WAY TOO DAMN LONG.

I went to college the fall of 2013. I wholeheartedly expected to graduate in May of 2017. Well, it’s now coming up to May of 2018, I spent a lot more money than I wanted to, and I am now facing a graduation ceremony that will take far too many hours to attend and complete.

I can think of at least 30 things that would be more fun and a better use of my time than to watch other people I don’t even know, walk down and receive a fake diploma. (Colleges don’t hand out the real ones.)

Why was I more willing to walk in high school than in college? In high school, I had 130 classmates that graduated with me. I knew over 90% of them. In college, I’ll probably have close to 1,000. I know maybe .5% of them.

In college, it’s not so meaningful because I never interacted with a very high amount of the kids that are walking during the ceremony. So, I have other plans to spend my evening.

My guess is that the ceremony will last close to three or four hours. If it’s nice out, I could potentially partake in a very relaxing and uplifting round or two of golf by the time they get to the last names starting with “E.” It’s something I would much rather do with my time, and it certainly could be a much more productive way to spend it.

Is my mother going to be happy with me about this decision? Nope.

Do you know what the key is to make her less unhappy in this situation? Telling her beforehand that you’re not walking, so she doesn’t show up expecting to see you walk through but end up wasting her time when they call your name but you don’t walk across the stage.

Also, make a blood pact that you’ll still wear a cap and gown to take pictures at a different venue on a different day. Moms only do it for the pictures, so compromising is effective this way.

Graduating high school is also not that big of a deal compared to college — I get that. A lot more people will graduate high school than college. But think about it this way: if you went to college for five years like someone I know (AKA me), spent far too much money, and still owe the government a good portion of your future salary, would you really want to celebrate having to pay all of those back in just a short six months? Hell no.

It’s time to live it up and suppress all of those thoughts until you have to start paying them back. Be depressed later; live for the now.

But all in all, if your mom wants you to walk, or some of your family members really want to see you get up and scurry across the stage to grab the most expensive-ass metaphor of your life, you should always lean towards bartering for a tee time.