A brief and invaluable brochure for the disillusioned traveler. 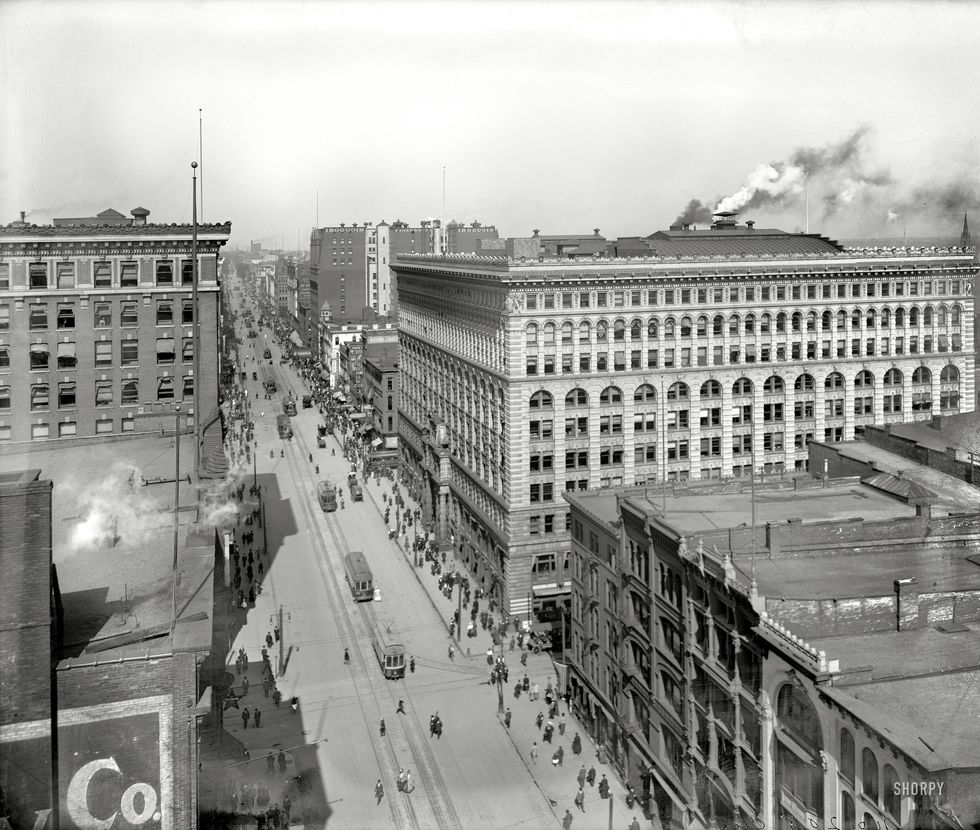 Let's face it, you're tired of the twenty-first century. You crave a simpler time.

Perhaps you're looking for a world in which if someone wants to bother you in the comfort of your home they must write you a goddamn letter. Struggling with an overwhelming number of ideologically questionable news outlets? Are you tired of confusing geopolitical landscapes and ambiguous national enemies?

Maybe you just want to get away from the robotic phone calls about health insurance you keep getting. A four-day getaway at Myrtle Beach won't solve your problems. Even Easter Island has 4G coverage.

Solution? Time-travel. Why go forward into the unknown? Odds are that your favorite urban population center is underwater, anyways. Welcome to 1918. This is America. You might be grateful to hear that we don't have an official national anthem and football is closer to being banned outright than being a billion-dollar entertainment industry.

Most of our doctors don't have college degrees, but we've finally managed to eliminate yellow fever and are confident people will continue to trust the medicinal community's use of vaccines to eliminate more and more disease. We're working on making it constitutionally illegal to consume alcohol, but you can buy marijuana, heroin, and morphine over the counter at your local pharmacy!

If you're planning on staying for the long-haul, we recommend investing heavily in the rapidly expanding automobile industry. Mildred might tell you she'd never trust one of those things but we both know she'll be driving a Model T sooner or later. Conversation is easy when everyone reads the same books. E.B. White and H.G. Wells make George R.R. Martin and J.K. Rowling look like E.L. James and L. Ron Hubbard. So stay for a week or stay for a year.

Don't stay too long because the average life expectancy is between 36 and 42.[1] While you're here, make sure to catch these once-in-a-modern-medicinal-lifetime attractions.

David Blaine can have as many comedy specials at Kanye West's house as he wants, but he'll never be Harry Houdini. Visit New York City's regal Hippodrome Theatre in January for the largest stage illusion of Houdini's illustrious career. In 2018, you can go see an elephant at any old zoo, but only Harry Houdini will make you watch one disappear.

Welcome to a time before the federal government had replaced Barnum & Bailey as the nation's favorite circus. Before Game of Thrones, there was another greatest show on Earth. Step inside the big top and you'll find lions that juggle, elephants that walk on two legs, and men who wear make-up! It's the talk of every town and if you miss out on this one you'll feel just like you did when everyone else was watching the conclusion of Breaking Bad and you were still taping Season 12 of American Idol.

"Tarzan of the Apes"

Film buffs will find quiet relief in their escape from a world where we're still making Jurassic Park movies. Buy a cheap ticket for Tarzan of the Apes, the stunning debut of Tarzan, an unthinkable thirty-three years before the birth of Phil Collins! If you're a fan of modern multi-hyphenates like Donald Glover and Jamie Foxx, we can promise you'll love Charlie Chaplin. With revolutionary facial hair that would inspire the likes of Michael Jordan and Adolf Hitler, Chaplin's charisma will keep you and your family coming back for more.

If you'd rather be following Prince Henry's wedding than Al Capone's, you're living in a world of science fiction. Travelers will be fortunate to find themselves at the Long Island wedding between the young man who would become the world's most notorious gangster and his Irish sweetheart, Mae Josephine Coughlin. If you're worried about whether there's an open bar, don't bother. We're pretty sure Al knows a guy. If organized crime isn't your thing, we've still got you covered. Don't miss out on Louis Armstrong's marriage to everyone's favorite prostitute from Louisiana, Daisy Parker. If that's not controversial enough for you, we've still got you covered! Check out the iconic Charlie Chaplin's serene fall wedding with 16-year-old Mildred Harris.


[1] This is due to a brutal influenza epidemic which we're sure* your 21st-century immune system won't have a problem with.

history
Report this Content
This article has not been reviewed by Odyssey HQ and solely reflects the ideas and opinions of the creator.