How Language Changes Due To Social Factors In Society
Odyssey
CurrentlySwoonLifestyleHealth & WellnessStudent LifeContent InspirationEntertainmentPolitics and ActivismSportsAdulting
About usAdvertiseTermsPrivacyDMCAContact us
® 2023 ODYSSEY
Welcome back
Sign in to comment to your favorite stories, participate in your community and interact with your friends
or
LOG IN WITH FACEBOOK
No account? Create one
Start writing a post
Student Life 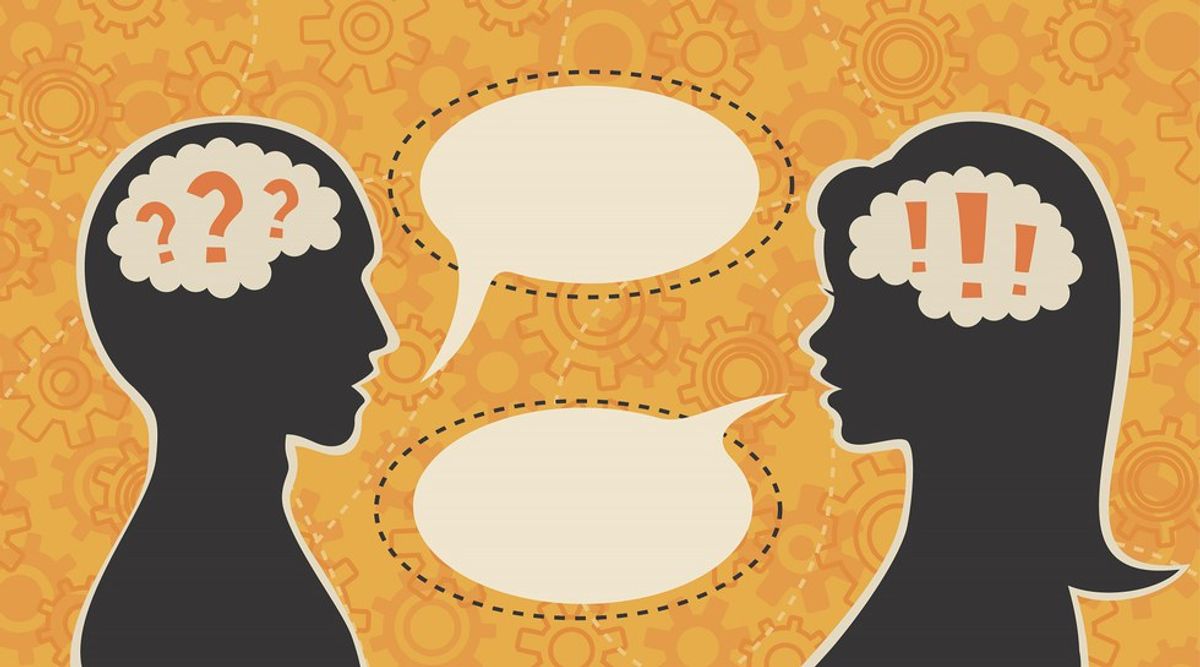 Sociolinguistics is the study of the relationship between language and society. It examines the impact of language in society and society on language. Linguists investigate how language is acquired and processed in the brain, and they also investigate how language is structured and used in society. There are many specific topics linguists focus on pertaining to sociolinguistics, because it requires further attention and they wish to conduct research on it. Linguists, such as William Labov, conduct research to determine how certain factors in society may affect language, and how speakers of a language or languages impose those factors in society.

William Labov is an American linguist who was concerned about the study of sociolinguistic variation. He contributed to variation research when he decided to investigate the English language of New York City. He held interviews with native speakers of English in the Lower East Side of Manhattan, and he used the data from his research to examine sociolinguistic variables.

Class, ethnicity, and gender are three social factors that play a role in language variation. Class is the structure of relationships between groups where people are classified based on their education, occupation, and income. Ethnicity refers to a group of people that share cultural characteristics and gender deals with the traits associated with men and women. This division among groups in each factor contributes to the differences of their use of the English language. The data collected by the researchers, which were displayed in graphs, tables, and charts, shows how each researcher has a different approach constructing their project, but continues to focus on the same subjects about the variation in language.

Gender affects language variation by influencing the language choice between men and women. A man and a woman’s speech differ from one another in matters of degree. Men’s language can be direct, non-standard, and aggressive. Women’s language can be less harsh, emotional, and standard. Many languages have alternative forms that are used only by men or by women. In some cases, the men and women speak different dialects, or they don't speak the same language to each other. But I don't agree with this, because it hinders the communication process between men and women. It also makes it difficult for each gender to fully understand the opposite sex.

Variation in language is an important topic in sociolinguistics, because it refers to social factors in society and how each factor plays a role in language varieties. Languages vary between ethnic groups, social situations, and specific locations. From Labov’s study, people can determine that variation is a characteristic of language that can be influenced by class, ethnicity, and gender. People notice these variations by interacting with people from different ethnic backgrounds and people with different social standings. According to his research, Labov realized that there are many ways of speaking, and each way of speaking is influenced by social factors in a society.

Nicole Marie Nigro
Individual Creator
1996
c1.staticflickr.com
Where to start...... Let me start with the cliche that life throws us curveballs and what we do with it is what counts.