UTK Students Should Go To The Walk

UTK Students Should Go To The College Ministry, The Walk, At Sevier Heights

I have found community at The Walk, and everyone should experience it. 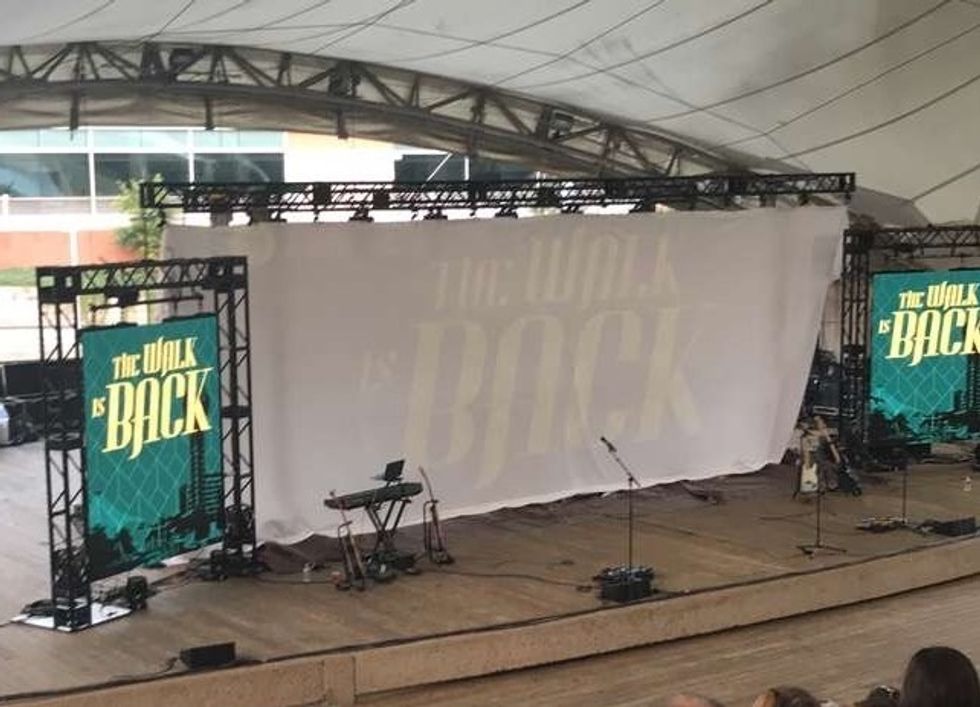 Sevier Heights Baptist Church is one of the biggest churches in the Knoxville area, having two campuses. I grew up watching their Christmas programs and went to their high school ministry once during my junior year. I always knew they were a strong group of believers, and when I decided to attend UTK, I knew I also wanted to attend church at Sevier Heights.

The Walk is their college ministry which is held at their North Campus, and when I say it is phenomenal, I am not exaggerating at all. I always longed for a community with other believers who were in the same stage of life as me, and I have found that community at The Walk.

The first worship night of the semester was held at World's Fair Park, and I will admit when I say I was surprised at the number of people there. At a big, SEC school it can be easy to get caught up thinking that there are not many Christians on campus and that you are alone. The Walk reassured me that there are plenty of believers at UTK. It was a comfort to see that many people gathered to worship, my first month at school especially because it revealed me to that I was about to make more Christian friends than I ever had before.

The minute you walk into the door of North Campus, you feel this love and support that you know is genuine. You know you could go to anyone there for help, and they would be more than happy to help. They truly care about the students on this campus; it is so obvious they want us to see our potential in Jesus.

The North Campus Worship Band is also worth mentioning. They are insanely talented musicians but also are so spiritual and lead worship well. They invite each student to encounter God and worship Him how they feel led to. Their song selection is great with Hillsong Worship, Bethel Music, Elevation Worship, as well as their own original songs. I actually have their album and listen to it frequently.

The North Campus (and soon to be senior) pastor, Tim Miller, is one of the most powerful speakers I have ever heard. His ability to communicate the Gospel is clearly God-given. He is also one of the most knowledgeable people of the Bible I have ever met; if Tim says it, I know he is going to back it up with God's Word.

Along with a caring staff, gifted worship band, and knowledgeable pastor, they also give free food after the service whether it be mashed potatoes, fondue, or a full Thanksgiving meal. They do this because Jesus calls us to serve others.

UTK students, if you are looking for a place to feel loved and appreciated, The Walk is for you. You will experiences God's presence and hear Him speak every week. When you come back next semester, try it out. Sunday nights at 8 p.m.

Check on your friends, take care of yourself.

8 Ways To Be A Kingdom Builder

10 Bible Verses For The Situations Outside Of Your Control

31 Christian pick up lines that are our saving grace

51 Petty Things To Wish Upon Your Enemy

Jesus Should Be The Only Thing We Put On A Pedestal