I Used Bumble For A Week Straight And Here's What Happened

I rather talk to no one than fill my days with meaningless small talk. 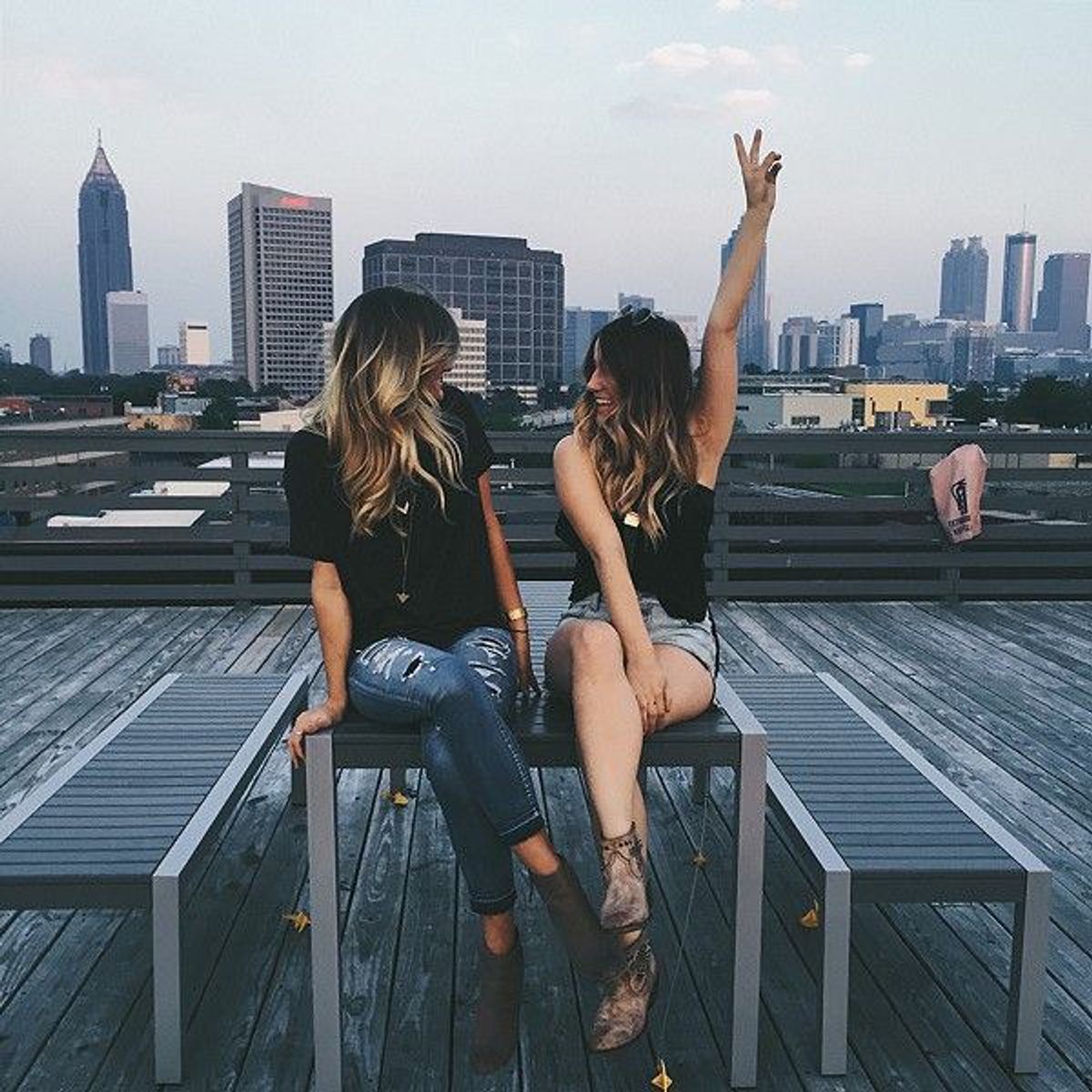 I'll start off by saying this: It was winter break and I was bored.

I got home the second week of December and my friends were still in school for another week. I was catching up on all the workouts I didn't do, binge watching reality shows and swiping right (or left)...continuously.

I had been single for over a year and disappointed by my dating life (or lack of, I should say). I wasn't meeting many new prospects, but the ones I was didn't seem too promising.

Granted, I go to a school with more female students than male, along with a small greek life circle my friends and I run in. I not only wanted to date, but I was desperate for a connection: something I hadn't felt in so long.

The solution to my problem? Trying a fairly reputable dating app called Bumble. It was about to be 2017 and dating apps were and are a thing. Right? I had heard and known people who found their significant others through these apps. I justified my reason for downloading the app in the first place, partially because I was embarrassed I was resorting to online dating. I even wrote in my bio, "I'm just as embarrassed to be on this as you are." Le sigh.

Also, keep in mind that with Bumble, the woman must message the guy first. Now THIS was straight up my alley. Not only was this app perfect for my impatient personality, but it was feeding into my controlling tendencies. Yes. No waiting game for me!

So I Bumbled, Bumbled, and Bumbled. Long story short, I Bumbled my way into absolute boredom. I was waking up every day, checking to see if I had any matches or seeing if I had gotten any new responses. If I matched with someone I really wanted, there was an initial thrill I felt in me. But even with the most good-looking, smooth-talking guy, I eventually became disinterested. I began to even feel bad about myself. I wasn't swiping right because I thought he had a good heart. How could I truly base a potential connection off a few pictures? Something was missing.

I wanted to believe I could find the connection I had been searching for through a dating app. Deep down I knew the connection I yearned for I would find in person. I thought about how the stories of my most deepest and passionate relationships in the past had one common thread: they all started face-to-face.

By using Bumble, I was limiting myself to an incredible potential connection. Don't get me wrong, I love technology and apps. But the downside to using them is the amount of time we spend looking down at our phones. I was living in a city with over 8 million people, so to think I would never find that special person was pure negativity. I had to quit the pessimism and impatience. I then realized I may not find the connection I dreamt of over winter break, or even within the next five years. And that would be okay.

By the end of the week, I deleted the app. It was fun at times, but I knew it wasn't serving me what I truly wanted or needed. I deleted the multiple surface-level conversations that I hoped would eventually evolve into something more. Finally, I was left with two choices: Focus on me solely, or stop looking for a connection.

I chose both. And hey, surrendering is the best "thrill" I had felt yet.

Kassie Hsu
Baylor University
4550
Panda Whale
Here are 100 things I'd rather to than study. I know the semester just started, but
Featured