The Unus Annus YouTube Channel Came To An Official End, But It's Left Behind A Meaningful Legacy

The Unus Annus YouTube Channel Came To An Official End, But It's Left Behind A Meaningful Legacy

What would you do with one year? 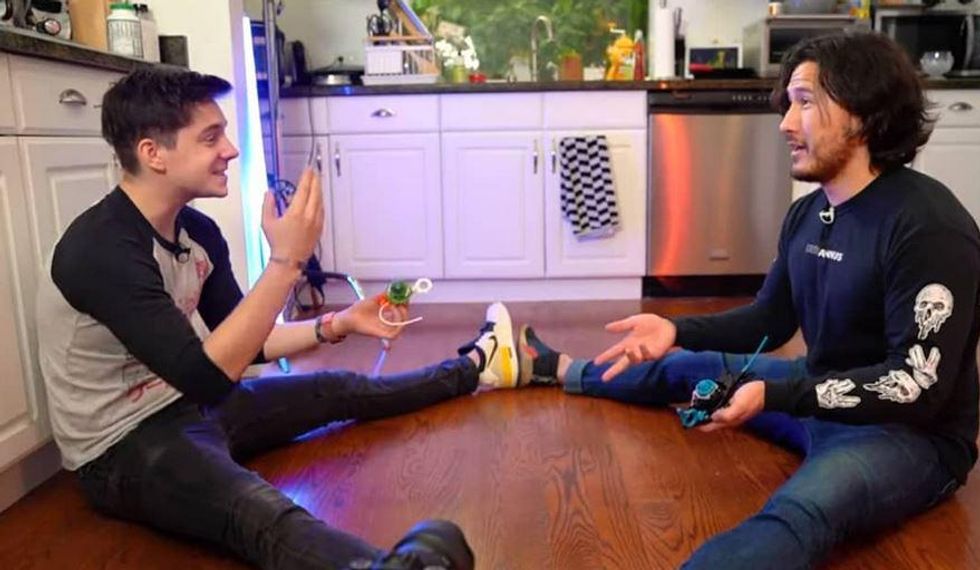 On November 14, 2020 at 12:00 AM, the YouTube channel by the name of Unus Annus was deleted by its creators Mark Fischbach (Markiplier) and Ethan Nestor (CrankGameplays). Now, for those who don't know, Mark and Ethan primarily make gaming content on YouTube along with streaming on Twitch. They've been friends for years after their famous interaction at Pax 2015 where Ethan became known as the "backflip dude." They decided to create a channel with the concept of posting daily videos within a one-year timeframe with the help of many editors and Amy Nelson (a ceramics and interactive media maker).

After putting so much effort and time into various lines of merch and 365 videos, the clock that was counting down at the start of each video reminded us that time had finally run out.

These videos were hilarious, unusual, and often just plain dumb, but they brought so many people together who will remember the memories created in pure joy and laughter.

From cooking with sex toys to learning how to eat fire to pretending to be camp counselors for a number of videos, this duo had no bounds to what videos they could create. By having no limit to their creativity and just doing what they wanted, they have instilled inspiration and determination into the community to create and reach our potential.

The whole message of the channel was that everything is temporary, including us, so what would we do if we knew how much time we had left?

Would we still do those things right now, knowing that we don't know how much time we have here? The logo of the channel was an hourglass with a skull in each of the glass bulbs, representing the idea of their time running out and reinforcing the validity and importance of those questions.

Memento Mori was the slogan of the channel, which meant "remember death." Death is inevitable, whether it may be in the literal sense or when things come to an end. We are living on borrowed time, and I think we forget that sometimes in this fast-paced society.

#MementoMori What a fuckin' banger of a year. and now that's every year for me. I'm living my life to the fullest… https://t.co/EIQu0sLX6d
— UnusRememberance (@UnusRememberance)1605369480.0

Because of this channel and these two idiots, I feel reinvigorated. To create whatever I want, to write however I want, to live my life to the fullest until it is my time to go.

I want to have no regrets and feel as satisfied as these two were in creating and ending Unus Annus. Life is short and it seems like it is already laid out for us: college, career, marriage, kids, and then we're gone. Despite the channel's theme, life is not as simple as black and white. There are a number of roads to take, a number of avenues to turn into - there is no set path. We think there is, but in actuality, we are the ones who limit and doubt ourselves. We keep ourselves from fulfilling our purpose, our goals, our dreams. I believe that we are all here with a purpose - you may not have found it yet, and I'm not sure I have either, but that's the beauty of it all. To try new things, to connect with others, and most importantly, to do our best.

So long as you and I are breathing, we have a reason to be here. That is what I believe; I cannot make you think the same, but I can encourage you to find your purpose, discover yourself, and explore the things you have an interest in.