Did more than just the iceberg lead the “unsinkable” Titanic to sink? 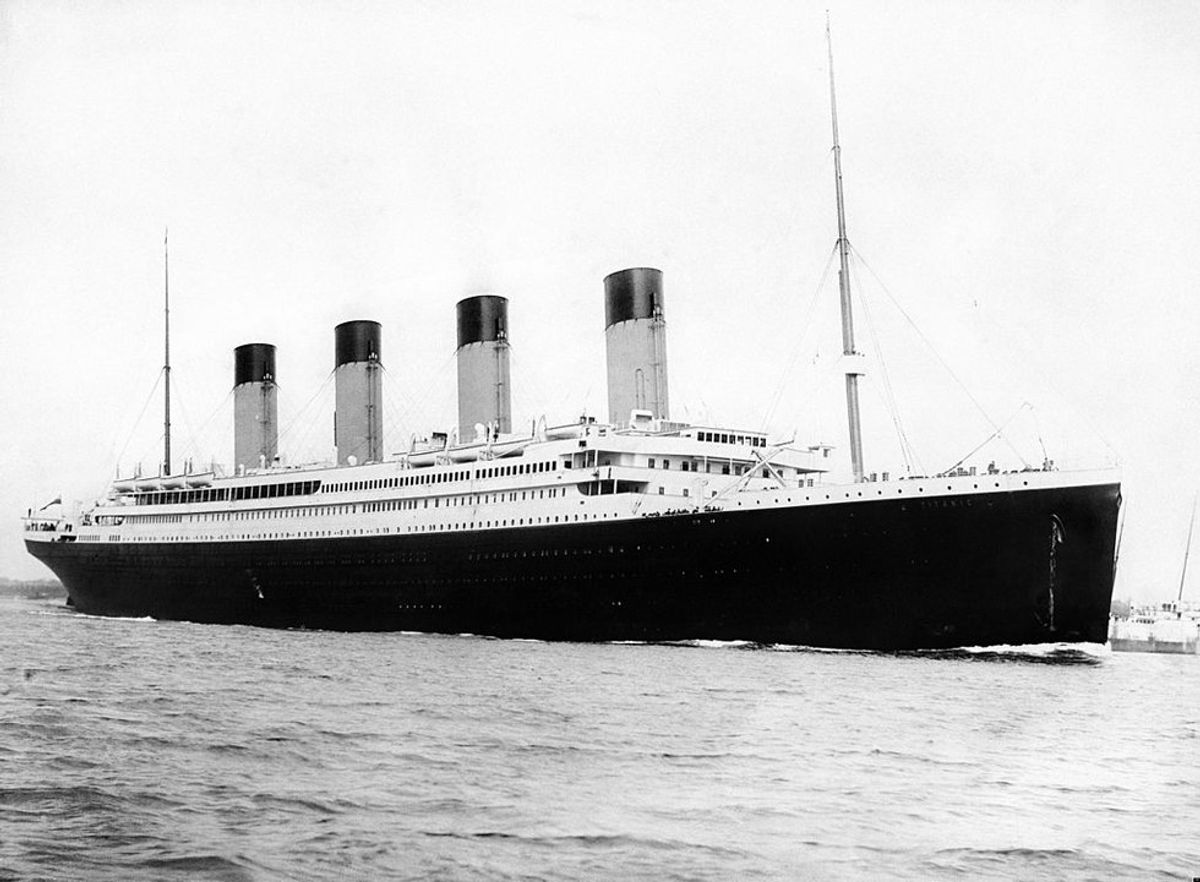 Since I was about seven years old, I have always been fascinated by the story of the Titanic. I have gone to numerous museums and exhibits, read an endless amount of books, and watched countless documentaries about the infamous ship, and I still never get tired of constantly learning new information about it. In recent years, many new studies have been done about the sinking of the Titanic, leading to many new theories about exactly what happened in those fateful early hours of April 15, 1912.

Some of this major new information was revealed last Saturday, January 21, when the Smithsonian Channel aired a new documentary called Titanic: The New Evidence. This documentary focused on several widely unknown aspects of everything that was occurring onboard the ship, prior to and during the sinking. Of course, I tuned in, and to say that I thought what they found was interesting would be an understatement.

Before getting into the the recent discoveries, it is important to remember what has always been believed caused the “unsinkable” ship to sink. On the night of April 14, 1912, Titanic was traveling through an ice field in the mid North Atlantic Ocean at full speed, when the lookouts spotted an iceberg directly in front of the ship’s path. They immediately alerted the rest of the crew, who took imminent action by steering her away from the iceberg as fast as they could, closing all of her watertight compartments (which made Titanic be deemed “unsinkable” due to the fact that she could stay afloat if four of them filled), and trying to slow down the her speed—but it was too late. Titanic hit the iceberg, and her demise inevitably followed once it was discovered that the impact of the collision had impacted six watertight compartments, which was two too many for her to survive. She sank about two and a half hours later, lacking enough lifeboats for everyone onboard because of her “unsinkable” status, ultimately claiming more than 1,500 lives.

Now, however, more thank just the collision with the iceberg is believed to have played a role in the Titanic’s ill-fated maiden voyage. Specifically, Titanic: The New Evidence, reveals that there were more than likely two other main components that led the ship to disaster.

The first was a fire that occurred in one of Titanic’s boiler rooms, and likely lasted from as early as when the ship first launched until well into the first days of her journey, while passengers (none of whom knew what was taking place just decks beneath them) were onboard, and she was at sea. It is believed that the fire started as a result of the heat generated by the coal, and, due to the amount of coal that was being contained on the ship, the fire was extremely hard to control. By the time it was finally extinguished, it had already done it’s damage, causing impairment to the bulkhead separating the fifth and sixth watertight compartments. Consequently, when Titanic hit the iceberg and the first five watertight compartments were compromised, her fate was sealed; however, had the bulkhead protecting the sixth compartment not had been damaged, chances are that it would not have given in, and it would have taken the ship longer to sink, allowing enough time for help to arrive. Not until recently has the discovery of the fire onboard Titanic become publicized, as it has been constantly overlooked as having no direct effect on the sinking, when, in reality, it was the difference between life and death for over one thousand people.

The second largely unknown component that led to the Titanic tragedy also had to do with the coal onboard. At the time, there was a coal strike that led to Titanic only having the minimum amount of coal on board for her journey. Since she was going full speed in the days leading up to entering the ice field, had they slowed down her speed, it would have taken more coal for her slow down, then speed up again; therefore, it is believed that the captain and crew feared running out of coal and being stranded in the middle of the ocean more than they did hitting an iceberg.

Through this groundbreaking new evidence, it becomes strikingly clear that there is still so much to learn about Titanic and her tragic maiden voyage. Like so many others, I know for a fact that I will forever be completely intrigued by every aspect of her story. As more new evidence and theories are revealed about the sinking of the Titanic, future generations are ensured to be informed about this impactful event in history.

Nicole Marie Nigro
Individual Creator
1964
c1.staticflickr.com
Where to start...... Let me start with the cliche that life throws us curveballs and what we do with it is what counts.