The Unexpected Joys Of Heavy Metal

The Unexpected Joys Of Heavy Metal

Maybe the makings of a rock fan have always been lurking within me. 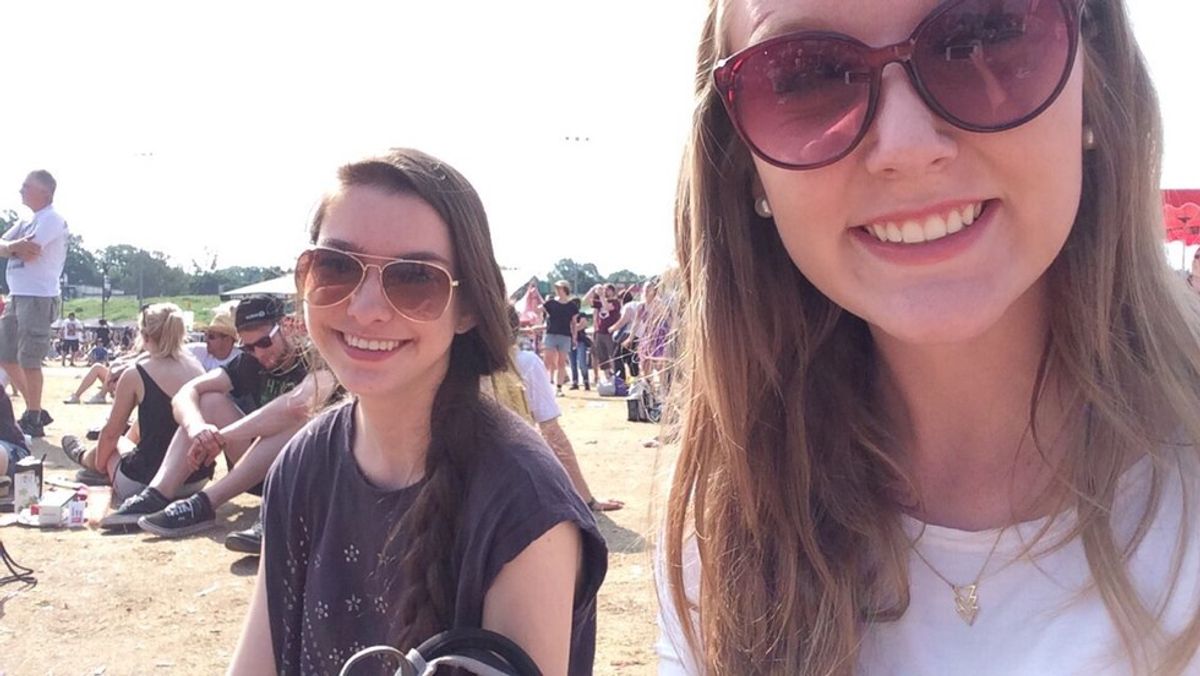 Living in Germany has brought me many things, most of which I eagerly anticipated. Occasionally, though, my experiences here have been so unexpected that I still can't figure out how exactly they happened. One such instance is how I have twice now unintentionally attended an international rock music festival in Nuremberg, Germany called "Rock im Park." Anyone who knows me knows that this is the least likely thing for me to do, maybe ever. This festival is heavy metal, it's experimental rap and it's classic rock. I'm a long time, forever fan of Taylor Swift so, not my scene. But free tickets to Rock im Park have been handed to me for two years in a row, and for two years I have begrudgingly attended. However, this inexplicable concert experience has created some of my favorite memories and has taught me to appreciate the music that means strength and community for so many people, and this year I will be attending because I've come to love it.

Maybe the makings of a rock fan have always been lurking within me. You see, I wasn't totally out of my element in this environment. I grew up with the songs of Metallica, AC/DC and Iron Maiden blasting through the speakers in my family's car. My dad's music has filled my life with drums and screams and dramatic lyrics basically since birth. I knew what I was getting myself into. I just had no idea how much I would get out of the experience.

Much of my newfound acceptance and even interest in this music has come from the international crowd. Watching thousands and thousands of Europeans scream English lyrics to songs I've heard my whole life changed the way I think about music, especially music I don't like. Because there's such power in it, even if that power isn't something I'm personally linked to. People literally learn a new language just to have that moment, that connection with a song or a band. For me, it created a thread that connected me to a culture that I had certainly learned to live in but was never able to fully be a part of. It makes sense that it wasn't my music that did this for me, but the music of my childhood. The music that played in the background of documentaries my father watched. The music my brother learned to play on his guitar, riff after riff echoing from his room. There are an innumerable amount of people all over the world who were born and bred to the sounds of Ozzy Osborne and Jimmy Hendrix, and whether you grow to like it or not, it stays with you. The soul of it, the passion and the anger, sometimes even the downright ridiculousness of the whole thing.

Many people think that rock music is only anger, just lots of yelling with nothing constructive going on in the midst. I thought so too, but I had never really listened before. Poetry is at the heart of rock music, and the lyrics mean something important nine times out of ten. Rock im Park brought this point home to me too. The festival is held at the Nazi Party Rally Grounds in Nuremberg. Arguably the most misunderstood music in the world, the music most closely associated with destruction is played each year in the place where Hitler rallied his troops and planned to memorialize his victories. Instead of this being terrifying, it's heartwarmingly perfect. People with all kinds of alternative lifestyles fill the area and celebrate themselves and their music. They accept each other, they laugh and sing and mosh wildly, freely. The bands make a point to acknowledge the history of the place without focusing their acts on it. The festival attendees want to move forward, and the bands make sure they do it in the right way. This music cultivates a positive, community-building group of people, not the destructive, angry anti-establishment culture that is perpetuated in popular media.

The rock community has never needed validation from anyone, especially not me. However, it is important that we recognize that this music community is valuable and worth supporting, even if it isn't what you like. Judging people who enjoy controversial music is harmful to a surprisingly pure thing, and it is an ignorant stance to take on a group of people collectively enjoying art. Just because you don't understand something doesn't mean you should scoff at it, in fact, I think if you get in the thick of things and try a little empathy, you might find yourself enjoying the experience, just as I have.