This pop punk band sure knows how to 'Save Rock and Roll'. 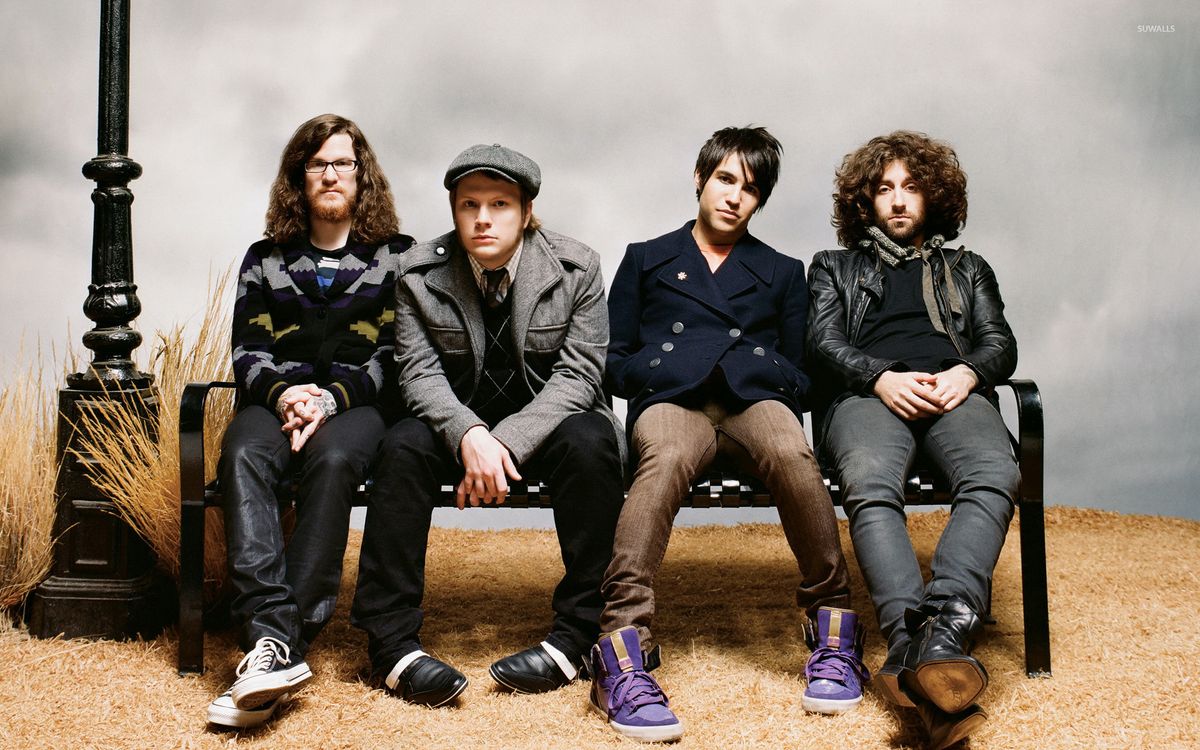 Between the early days of "Grand Theft Autumn / Where is Your Boy" and "Sugar We're Goin Down" to more recent hits such as "Centuries" and "Champion," Fall Out Boy has had a successful 15 year career releasing music; however, several of their best songs go unnoticed by casual listeners. Here are the top 10 underrated Fall Out Boy songs to expand the knowledge of pop punk fans everywhere.

10. "Sophomore Slump" or "Comeback of the Year"

From the widely celebrated classic album, "From Under a Cork Tree," this song does not differ in it's counterparts with its long title and angsty lyrics, but it is set apart from the rest with it's musical variation and personal touch in the lyrics.

9. "Headfirst Slide into Cooperstown on a Bad Bet"

While this song gained some acclaim and was released before the album came out, it failed to gain the reception it deserved. This song explores the lower range of Stump's voice and tackles the prevalent issue of cheating (including a powerful lyric repeated in "What a Catch, Donnie.")

Best lyric: "I don't just want to be a footnote in someone else's happiness."

This song includes a guitar solo from Ryan Ross, former guitarist of Panic! at the Disco. Need I say more?

As the closing track to Fall Out Boy's newest album, "MANIA," this song closes off the album perfectly with its slower tempo and meaningful lyrics. Although other songs on this list are also personal, this one has an inspiring take on life saying that things will always get better.

Best lyric: "The glow of the cities below lead us back to the places that we never should have left."

6. "Tell That Mick He Just Made My List of Things To Do Today"

There's no better reason to love this song than the fact it's the angsty opener to Fall Out Boy's first album "Take This to Your Grave." Between the heavy guitars, the young voice of Patrick Stump, and repetitive, catchy lyrics, this songs is great to blast in the car with friends.

Best lyric: "So bury me in memory. HIs smile's your rope so wrap it tight around your throat."

This is my number one pump up jam. With the up-tempo beat, gritty vocals, and epic chorus, this song is an unforgettable beginning to Fall Out Boy's fifth album "Save Rock and Roll."

Another pump up jam, this song brings Fall Out Boy back to their roots on their newest album "MANIA." And even though it's super catchy, it's also inspiring to hear that you are the only one stopping yourself from achieving your dreams.

Best lyric: "I'm about to go Tonya Harding on the whole world's knee."

From the most underrated Fall Out Boy album, "Folie à Deux," this slow jam was written in response to bassist and lyricist Pete Wentz's suicide attempt. This song also incorporates several pieces of their most popular songs sung by lead singers of other popular bands such as Panic! at the Disco and Cobra Starship.

Best lyric: "I got troubled thoughts and a self esteem to match. What a catch, what a catch."

Besides just learning that this song was almost used in the movie "Shrek," this song has always resonated with me. With its funky guitar line and heartbroken lyrics from Pete Wentz's live journal account, it's always been a hidden gem from "Infinity on High."

Best lyric: "Best friends. Ex-friends 'til the end. Better off as lovers and not the other way around."

I had to close with my favorite Fall Out Boy song of all time. I'm a firm believer that not much gets better than early Fall Out Boy, and this song just further proves that. It's simple chord structure and vocal-heavy bridge just simply bring out the best in Fall Out Boy.

Best lyric: "You want apologies, girl you might hold your breath until your breathing stops forever."