6 Things You Should Decide To Stop Saying To The 'Undecided' College Student
Odyssey
CurrentlySwoonLifestyleHealth & WellnessStudent LifeContent InspirationEntertainmentPolitics and ActivismSportsAdulting
About usAdvertiseTermsPrivacyDMCAContact us
® 2023 ODYSSEY
Welcome back
Sign in to comment to your favorite stories, participate in your community and interact with your friends
or
LOG IN WITH FACEBOOK
No account? Create one
Start writing a post
Student Life 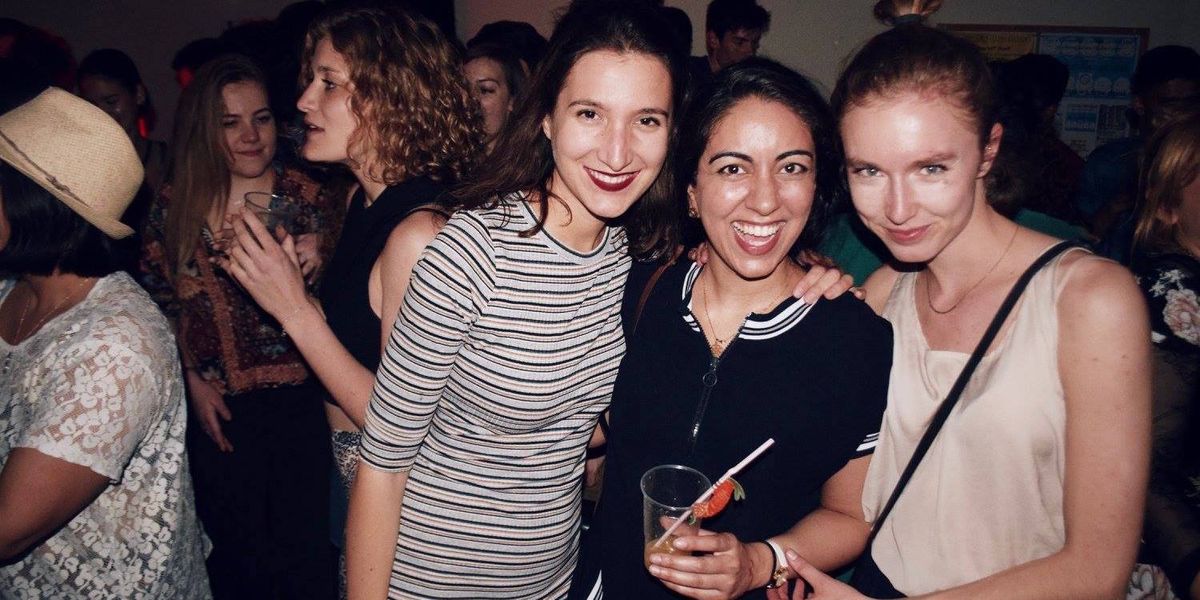 With that being said, it’s pretty clear that the majority of college students have no idea what they’re doing. So why is it that saying the term “I don’t know” is so frowned upon. Whether it be a conversation with friends or a meeting with my academic advisor, my response to the question, “What do you want to do after you graduate?” is almost always, “I don’t know.” Even when I was little in elementary school, when someone would ask “what do you want to be when you grow up?" I would have no idea so I would just copy everybody else’s answers (i.e. doctor, lawyer, dentist, etc.).

But, when I got to high school, “What do you want to be when you grow up?” became a very serious question that I simply didn’t have an answer to. Now I am a junior in college and I have changed my major three times, eventually settling on a degree in community and human services which I picked because it sounded vague enough. People still ask me, “What do you want to do with that degree?” I’m done making stuff up so I just say, “Honestly, I don’t know.”

This phrase sparks a variety of reactions from people; if I’m talking to someone my age, most of the time they just nod in understanding. But other times I get reactions like this:

When people say this to me I just want to be like, “Thank you for your very insightful input.” But usually I just nod and give an awkward “yeah.” I agree that life would probably be a lot easier if I knew what I wanted to do - especially being 21 and a junior in college. But I think most people don’t understand how hard of a question this really is. It’s like all the sudden we have to know exactly how our lives are going to be and what we’re going to do when really no one can predict that. Just because I don’t know what I want to do right this minute does not mean that I can’t be successful in the future with whatever career I choose. It is not the end of the world. At this point, I’m just taking whatever opportunities come to me and seeing what paths it leads me down.

This one always makes me laugh... As if I can find that willingly. Like one day I can just decide, “I’m going to find my niche today.” I know these people are just trying to be helpful but come on, how does one simply “find a niche?” Do you know? Because I don’t.

3. "Find what you love and make money doing it."

Look, if I could find a way to make money eating ice cream, watching Netflix for hours on end, and sleeping, I would be doing it right now. And, for that matter, so would most people. The sad reality that we are all aware of is that the reality is most people don’t like their jobs. We do the job to make money so we can do things we actually want to do. I’m aware of that, and you telling me to do something I love does not make me feel better about the fact that I know I’ll probably just end up like everyone else who hates their jobs.

4. "You should major in this instead."

Clearly I am already undecided here, you don’t need to put more decisions and options in my head. My parents always said that it didn’t matter what I majored in as long as I had a degree and that’s kind of the philosophy I’ve lived by for the past three years. Statistics agree: more than 50% of students end up pursuing careers that are not directly related to their majors. So, I’m happy with my basic degree in a basic subject thank you.

No offense or anything, but I really don’t care. This person is almost always someone who chose their career when they were 17 years old and manage to just stick with that career to this day. “I was really good at math so I became an accountant.” “I was really good at biology so I became a nurse.” Well, I’m not good at anything you mentioned and I don’t want to do whatever your career is but thanks anyway for that touching story.

Yes, I will. Just like every other undecided person in the world. These days it’s normal for someone my age to say “I don’t know.” But that doesn’t mean it’s not stressful to be so uncertain about your future. The best any of us can do is grab onto our lives, hang on for dear life, and hope for the best.

Nicole Marie Nigro
Individual Creator
76
c1.staticflickr.com
Where to start...... Let me start with the cliche that life throws us curveballs and what we do with it is what counts.