You Cannot Turn A Boy Into A Man, But You Can Turn A Hoe Into A Housewife

You Cannot Turn A Boy Into A Man, But You Can Turn A Hoe Into A Housewife 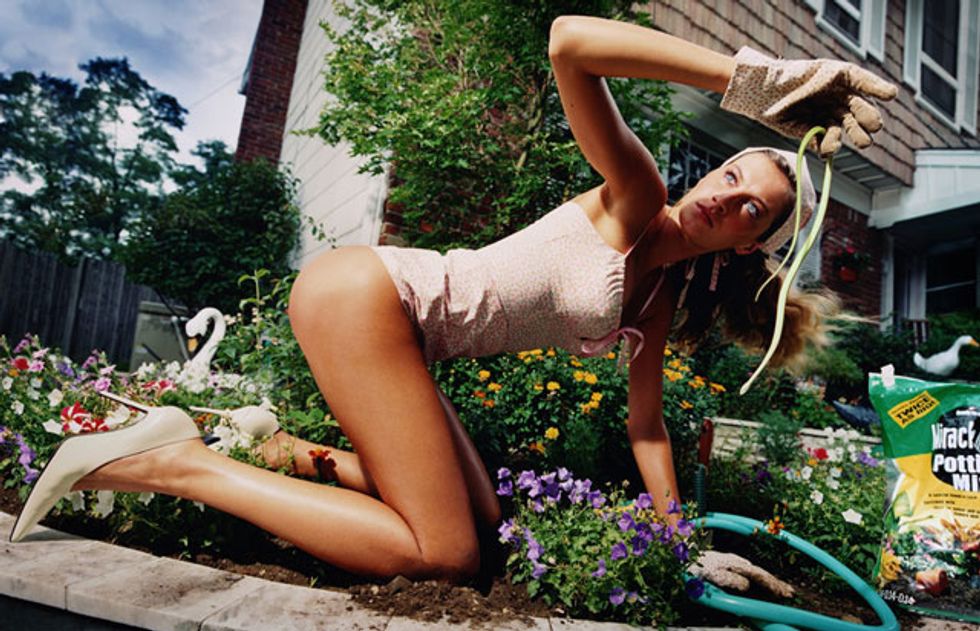 A man: someone who is strong, capable of providing for his partner/ family, lives alone, pays for his bills and can handle a hard working job. A man will have large hands, not dirty, but well groomed - your partner should be proud of showing you off as a little trophy.

A boy: a young child, one that is below the legal age (18) & along with age his maturity is a well-distinguished factor

A hoe: someone who has slept with more than the average number of people in their age range, our society would probably say a hoe is one that has a body count higher than 10 (whoops, did I just define myself)?

A housewife: a woman that has been cuffed, by their man, and is capable of running the household while their man is off working hard. She is typically well mannered, well dressed and mature.

Above is a list consisting of 4 different titles - 2 of these titles help distinguish you from the less than. For instance, most women would rather be a housewife, than a hoe & most little boys aspire to become a man. Unfortunately, you cannot turn a boy into a man, but you can turn a hoe into a housewife.

You see, most hoes are running around on a rampage because they have not found anyone worthy of settling down with. You cannot expect a dog to sit without the proper training. You cannot expect a baby to automatically know how to use the potty - if they have not been potty trained. Simple. A hoe is just wanting to have fun until they find a man, THE MAN, that is capable of training her/ holding onto those reigns - including the ones in the bedroom.

For example, look at Kim K. Baby girl is now a housewife, but what made her famous? That hot little sex tape. But, Kanye trained his Lil mama & put that leash on. Look at her flourishing now! Kim K is out here with some beautiful children & is living well and luxurious. But go ahead and let a man try to turn a hoe into a housewife & they are not the right one. Go ahead, try it out. Do you wanna marry a Britney Spears? Because she is the prime definition of a woman that was trying to be a housewife for the wrong one. Better watch it baby or you will miss your hair too.

Now, these poor boys. Poor, sad, hopeless little boys cannot be turned into a man. It takes more than some head to turn a boy into a man. I see these boys riding around in these lifted "daddy's money" trucks and expect to be able to holler at the girl next door & get whatever they want. Do you pay your bills? Do you work for those truck parts? DO YOU HAVE MANNERS? The key difference between a boy and man is simply respected.

A man will know better than to holler at their girl, smart off in public and will not humiliate their date/ party. No, a man is a trained, cleaned up, well-mannered gentlemen. So these males running around at the bars, lacking control of their liquor intake and thinking they can get whatever passes by... will remain a boy until they are recreated and brought up to be something better - mama did not teach you the proper way the first time, so we can try again.

See, you can take a hoe & transform her into a beautiful housewife - if you are the right one. But, a boy being turned into a man, well that takes more than a woman for that to happen - you need the Holy Spirit. A boy will remain a boy until he realizes he is equivalent to nothing, a zero with such low maturity, lack of self-control & disrespect. Maybe I am the only one who thinks this way, but according to my Instagram poll - I'm not.