Turn On the Bright Lights: Shedding Light On A City In Crisis
Odyssey

Turn On the Bright Lights: Shedding Light On A City In Crisis

This year marks the 15th anniversary of Interpol's debut masterpiece Turn on the Bright Lights and the City that inspired the album in a time of a darkness. 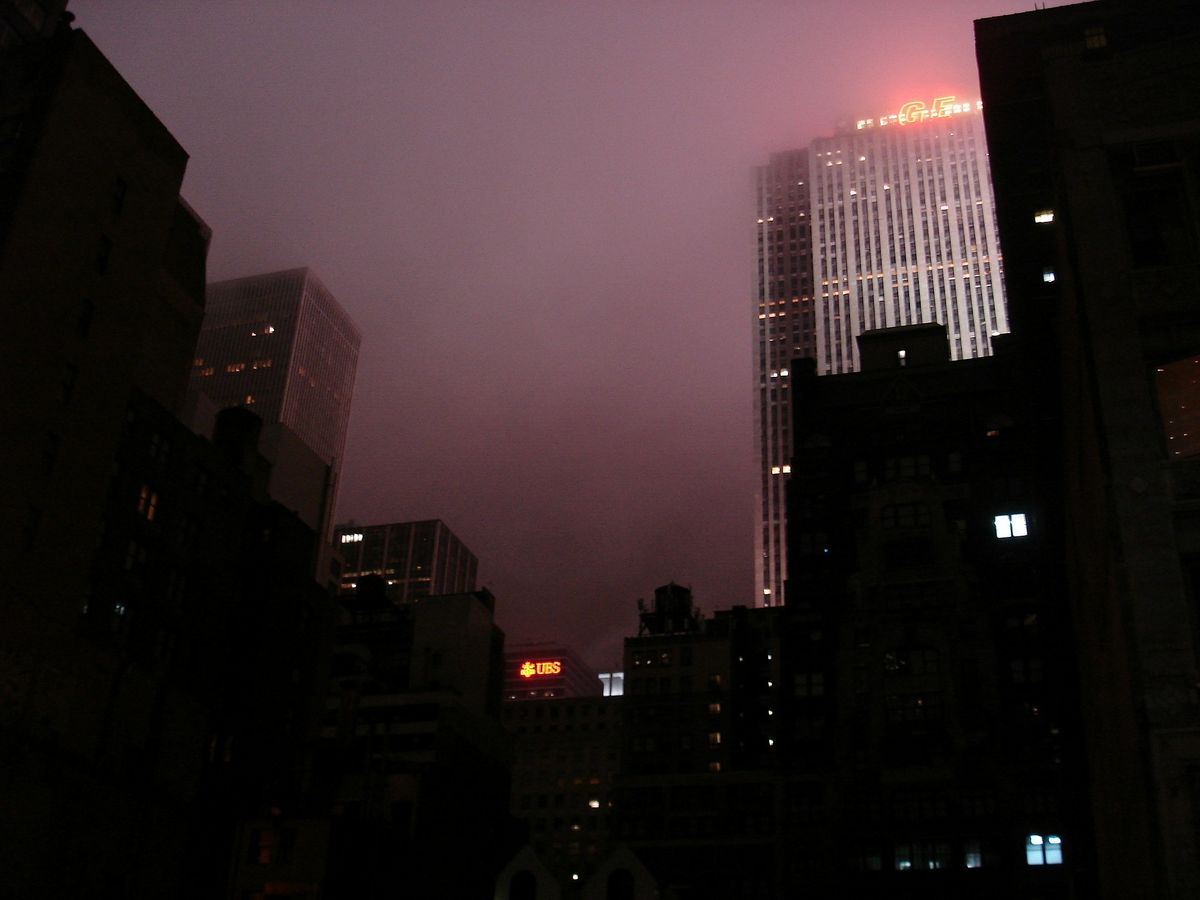 The early 2000's were incredible years for music. New millennia propelled from an otherwise stagnate preceding radio play and irremediable clashes between the music industry and current political content. And yes, the birth of indie rock as its own evolving genre. At a time when the biggest billboards hits were held by Titanic: The Soundtrack and Limp Bizkit (Sweet, sweet progress), New York in a weird spot. After the tragic events of 9/11, the signature New-Yorker culture sidestepped from the somewhat pompous fads accompanying the new millennium and entered a darker phase.

A city broken by despair, a cultural sanctuary ravaged to manic terror. This sweeping shift of anguish that embodied the city needed a voice, one even Julian Casablanca’s couldn’t answer the call to. The revival of rock in what would become some of the greatest years of music culture in the history of the United States bore Interpol, a creation cast out of the shadows. And with them came arguably one of the greatest albums ever created, "Turn on the Bright Lights"; the voice of a grieving city, shining the light on the darkness festering from within.

“September 11 made Yeah Yeah Yeahs and the Strokes and Interpol, it made them all underdogs because they became representative of something larger,”

The band was a dream furnished out of creative prose Daniel Kessler, an NYU student at the time, who drew up the vision and aesthetic for the group, just lacked the members. Several ambitious pitches later, He would bring on board three more members, fellow students there and abroad (he would me Banks in Paris).

"I was at New York University. At that point, I was really on the lookout…I don’t know why it was so difficult to find band members, but it really was. I think because I was really passionate about it. I think I knew this is something I really wanted to do with my life. Not necessarily as far as being in a rock band as a career, but, you know, work on music." -Daniel Kessler (Paste Magazin)

Interpol emerged with their debut studio album, released on August 20th, 2002. The album was recorded in November 2001 at Tarquin Studios in Connecticut, through the still up and coming Matador Records. While produced in Connecticut (mainly to avoid the distractions of New York), the band primarily found themselves practicing in Funkadelic Studios, or really any cheap rehearsal studio they could afford.

"[Carlos was] an excellent guitar player but he didn’t even own a guitar, he didn’t own any instruments. And the only reason he played bass in Interpol is that I had a bass. He’d just moved to New York, and he was open to the idea of playing music and I think meeting new people, but he was an academic." (Paste Magazine)

In sales and praise, their debut album reached gold and demanded the world's attention, with its melancholic riffs and ethereal waves that wrenched out the soul, every show solidifying their identity among adjacent legendary artists rising through the ranks (who often working the bar they play at or playing next door).

“If you wear a suit and tie and play in a rock band,” says Interpol drummer Sam Fogarino, “people are gonna try and find you out.”

Each song, from the opening “Untitled” shoegazing wet dream to the gut-wrenching plea for sanity in “NYC” and tear drawing masterpiece “PDA”, this album demands a certain respect for their style, the entire album is beautiful. And the reviews reflected this in brilliant reception:

"a grander, more theatrical atmosphere with lush production that counters their frustrated bombast…one of the most strikingly passionate records I've heard this year." (Pitchfork)

“Upon release, the album peaked at number 101 on the UK Albums Chart. It reached number 158 on the Billboard 200 in the United States, as well as spending 73 weeks on the Billboard Independent Albums chart, peaking at number five. "PDA", "NYC", "Obstacle 1" and "Say Hello to the Angels" were released as singles from Turn on the Bright Lights, and music videos were shot for all but the latter.” (Wikipedia) The album, as mentioned above, received overwhelming positive receptions across music review sites and magazines alike.

What makes this album and Interpol as a band so special is the inevitable bond the music holds to NYC, a band built out of a broken city struck with terror. The band finished recording in November 2001, less than two months after the events of 9/11, the band was directly affected by the events that preceded. After a time of the pop takeover, Britney Spears, America found itself in an identity crisis. This crisis lay not solely in the palms of congressmen or older peers, but in the younger generations, expectations of safety lost, the reality of the dangers of the world brought to their door. Still a product of the glamour and fads of the 80’s and 90’s, this album is a fine example of the paradigm shift in youth culture, cynicism and melancholy not repeated since days of Joy Division and Sub Pop America. What would come to fruition would be one the largest and progressive genres today, independent rock, or indie. Bands like Interpol set the stage for the culture to proceed. And even today, in the midst of another identity crisis, globalism vs. nationalism, albums like this set as a lesson to changing tides and the sweeping tides of remorse we need so desperately.

This album above all shows that New York remembers, and New York cares.