The True Legend Behind Mulan

The True Legend Behind Mulan

The real-life warrior behind the story of Mulan sets an example for a truly strong woman. 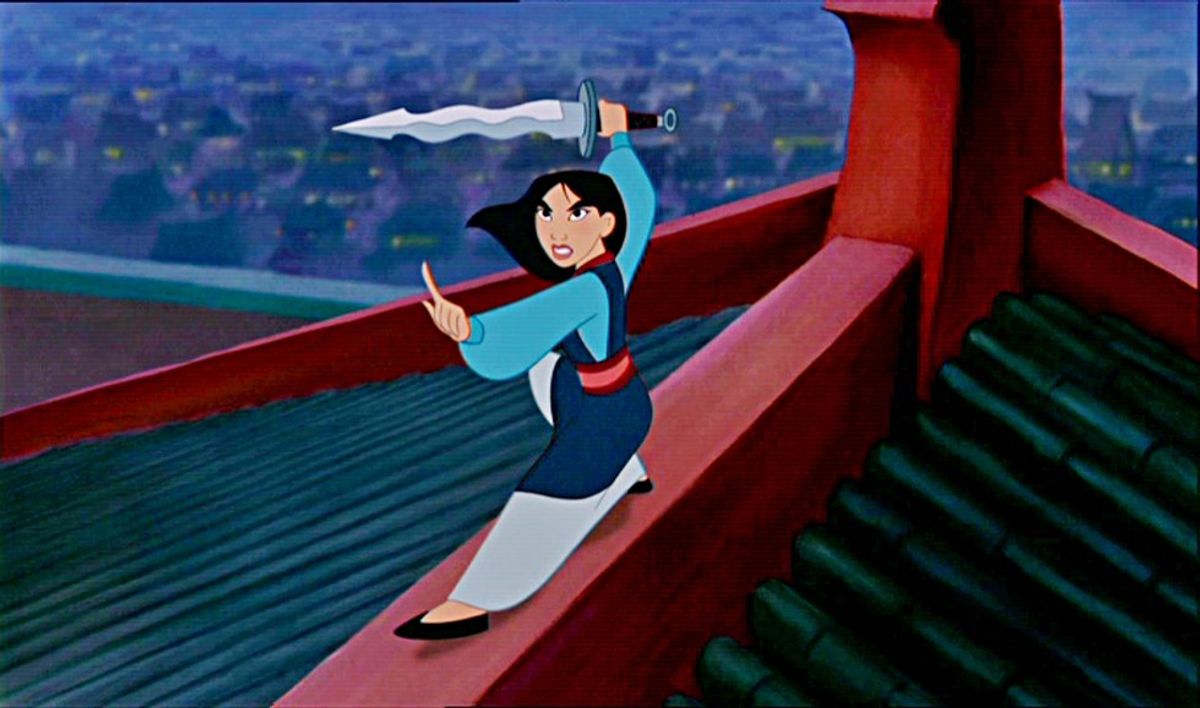 Fun fact: Frozen wasn’t the first Disney movie to say you don’t need a man to save you. Mulan far preceded the Arendelle sisters, and I don’t think this story gets enough attention. Sure, I may be a little biased; the movie came into the world in the same year I did, and the animator for Mushu is an artist in residence at my college. Nevertheless, the story is still greatly underappreciated.

While now appreciated in certain groups for its feminist message, Mulan actually did quite poorly in theaters. The movie was based off a poem entitled “Ballad of Mulan,” which is thought to be based off of a real female warrior. There is some debate over which exact Chinese female warrior it was, but there was one I found most intriguing. Her name was Fu Hao, and she was what we might call a total boss.

Fu Hao had a host of titles, including Lady Hao, Lady Fu Hao, Mu Xin (after she died), and Fù Hǎo. In the Shang Dynasty, which lasted from 1250 to 1192 B.C., King Wu Ding would take wives from neighboring tribes to build allegiances. Fu Hao was one of 60, but she stood out and rose through the ranks. She led many military campaigns, winning a decent amount to boot! She commanded up to 13,000 soldiers, as well as had two important generals, Zhi and Hou Gao, serving under her. She was one of the most important military leaders in her time, if not the most important. And she did all this while still being a wife and mother. Her high martial status can be seen in the sheer number of weapons that were found in her tomb. Fu Hao was also a high priestess and an oracle caster; there are many sacrificial bronze vessels and tortoise shells that have “prepared by Fu Hao” carved into them. She even had her own estate on the borders of the empire and earned the king’s confidence in her. No wonder someone made a poem about her.

In the “Ballad of Mulan,” the heroine is named Mulan. She was modified a bit for the era it was written in, so her story is not quite identical to Fu Hao’s. Basically, Hua Mulan fights in the war because her brother is too young and her father is too old. After 10 years, she denies any military honors and goes home. Her family is overjoyed to see her and her comrades finally figure out, after 12 years, that she is a girl (it took her two years to walk home). They kind of kick themselves for not noticing but don’t mind beyond that.

Between real life and the ballad, quite a few differences exist. As I said previously, this woman was a woman of the times she was written into. First off, Mulan is not a queen. Also, while there is ambiguity to whether or not Mulan hid her gender, Fu Hao’s was never a secret. I am not sure how long Fu Hao fought, but I assume that it must have been more than 10 years to gain the influence she did. Fu Hao was in a different dynasty, but since the author was writing the poem for their own time, that’s to be expected. Interestingly enough, the rulers at the time it was written were not Chinese but rather Turkish. Likely due to this ethnicity shift, the Northern Wei Dynasty is marked with political instability and intense cultural and social modifications.

Between the movie and the ballad, there are not as many differences. Instead of Hua Mulan, we have Fa Mulan. The ballad does not specifically state who Mulan is fighting, but we know from the time period and location that it was not barbaric Huns from the north. At least Disney gives a shoutout to Mulan’s little brother with her dog, Little Brother. In this movie, one could argue that Disney has actually enhanced the story with their modifications. Both Fu Hao and the original Mulan did not have to face the punishment that could come from being a woman in the army. All they had to do, which admittedly was daunting, was fight a war. Mulan of 1998 had to face a disapproving society — to the extent of death penalty in the barren snow-covered mountains. She faced that challenge and was given another noble motive of saving her father from certain death. In the emperor’s great words, “You stole your father’s armor, ran away from home, impersonated a soldier, deceived your commanding officer, dishonored the Chinese army, destroyed my palace, and you have saved us all.” Despite the costs, Mulan fought for what she believed in. Both Fa Mulan and Fu Hao are women to be admired.