A Trip to the Emergency Room
Odyssey

A Trip to the Emergency Room 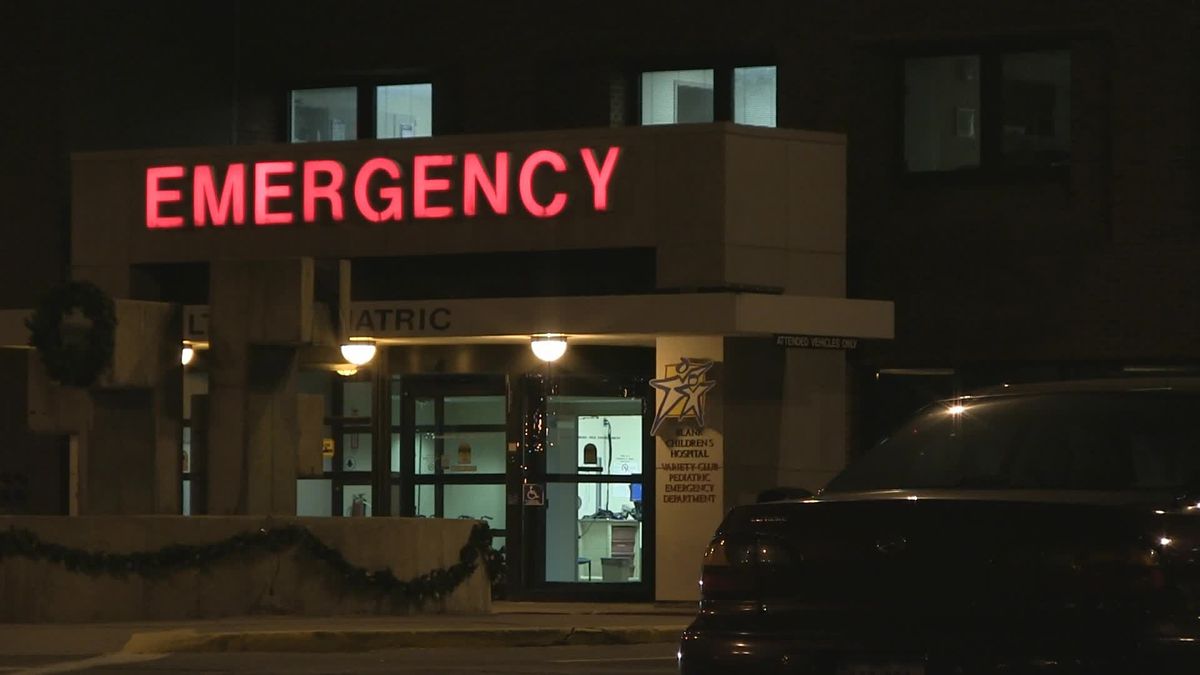 I actually haven't broken any bones or really gotten sick enough to have to go to the emergency room, so my experience comes from when I have to bring or meet other people there. 2 weeks ago, I brought my brother to the emergency room after work, because he was feeling pretty awful but wanted to do his duty to his job and somehow powered through. We got there at about 11:15 pm and when we walked in, there were about 7 people already.

After giving his name, we went and picked a spot which had a TV we could watch while we waited and within a few moments he was called in. I thought to myself, 'Okay, this might be quick.' He came back out shortly after that and we had to wait for the test results. I decided to watch the TV for a little and it was playing an episode of "Friends", which isn't super entertaining, but enough to watch for a bit.

Hour 1: No one has moved. No names have been called. "Friends" is still going, but there is nothing else to watch. A child is coughing like crazy, the guy across from us is snoring, the girl diagonally doesn't look sick and the couple in the far left talk pretty loud. My brother looks miserable, but honestly, I expected a couple hours.

Hour 2: "Friends" finally ended and now it's "Two and a Half Men", which is worse. Oh, and it's one of the very few episodes I've seen. Great. I can hang on though, and I have my Nintendo DS with me but I don't want to be dramatic and pull it out yet. Phone is still going strong. Brother is sleeping and literally nothing else has changed. Everyone is still here, and still doing the same thing.

Hour 3: Couple in the back left got called. Child might be dying. "Two and a Half Men" is still playing. Guy snoring could wake a train. Lady diagonally right has started coughing pretty hard, too.

Hour 4: "Two and a Half Men" is still going. This is the least funny show ever. Brother needed water so I got to get up and get that. Phone is getting rather low, gonna have to stop using it soon. No one else has been called.

Hour 5: It finally moved to "George Lopez", which is a hit or miss. I'm just glad it's not Two and a Half Men. The lady is now dying, and pacing back and forth while doing so. Parents and the child have mysteriously disappeared without being called. Phone is critically low. Going to have to really focus on George Lopez.

Hour 6: Man this show is pretty funny. He's a wacky guy! Guy who looks like Frank Gallagher has walked in. Lady might cough up a lung, or her soul, any second now. Brother might be dead, too. Or a zombie. Captain snore train is still out.

Hour 7: More George Lopez! Yeah! Lady who should have coughed up her entire sickness just got seen. Brother went in shortly after and I woke up the snoring guy when his name was called so he wouldn't miss out. There are a few more people now. I'm almost too tired to notice. Frank Gallagher has sat down next to me in a huff.

Frank: Ugh, can you believe this?

Me: Yeah, these wait times are ridiculous. What's an emergency?

Frank: No my best friend. Backstabbed me.

Frank: Yeah. I lent him some money and then he took it took it and ran. Hasn't contacted me since.

Frank: Right? Supposed to be your best friend and he goes and ***** you over. Well, I have a solution.

Frank: Yeah, I get a mutual friend to break his arms and legs. See how he likes that.

Hour 7 and a half: I'm worried now. I'm way too tired and I'm stuck in an episode of "Shameless". George Lopez is still on, but Frank might get mad if I pay more attention to it than him. Oh, thank god the nurse is calling my name. I really don't know why, but at this point, I'll take an STD test just to get out of this waiting room.

Hour 8: Hanging with my brother. He's got an IV and I've cracked out the DS. I have work in about 3 hours but I'm not doing that. Trying to get my shift covered at my other job, but the guy isn't answering.

Hour 9: We've moved rooms but it's literally more waiting. I'm leaving to get breakfast. How does anyone exist this long, or at this hour? There are people cleaning the hospital around the doctors. The dying lady is in the curtain next to us.

Hour 9 and a half: I've returned, and brother is passed out again. My phone has charged a little, but not a lot. I'm not sure I even know what words are at this point. There is no TV. Just me and my thoughts at 7:30 am and I was the one who decided to get 2 hours of sleep the previous night. So it's been nearly 48 hours and I've only gotten 2 hours of sleep. Do you think humans could really eat Scooby Snacks? Like, I know Shaggy does, but maybe he's like, really hungry because he's a stoner. Maybe they are like, low-key people snacks, but most people don't like them so they are dog snacks now.

Hour 10: A nurse went into the next curtain to talk to dying lady and somehow punched me in the back of the head through the curtain. Brother should be getting out soon, and we're getting medicine. There are like 20 janitors outside the curtain and they are all working with a different machine.

Hour 10 and a half: We're finally going home. We got a prescription but no actual medicine and the pharmacy doesn't open for another hour and a half but I. AM. DEAD. Emergency rooms are the worst. How does an emergency take 10 hours? Just sit and burn to death in your house or stay mushed in your vehicle. Really, when it comes to life and medical need, really there's no rush. We'll all die someday, why not feel like it now?