Why I Traveled 8,745 Miles To Hanoi, Vietnam
Odyssey
CurrentlySwoonLifestyleHealth & WellnessStudent LifeContent InspirationEntertainmentPolitics and ActivismSportsAdulting
About usAdvertiseTermsPrivacyDMCAContact us
® 2023 ODYSSEY
Welcome back
Sign in to comment to your favorite stories, participate in your community and interact with your friends
or
LOG IN WITH FACEBOOK
No account? Create one
Start writing a post
Lifestyle

Why I Traveled 8,745 Miles To Hanoi, Vietnam

It is so affirming to do what I love by sharing people's stories and to then gain so much from them. 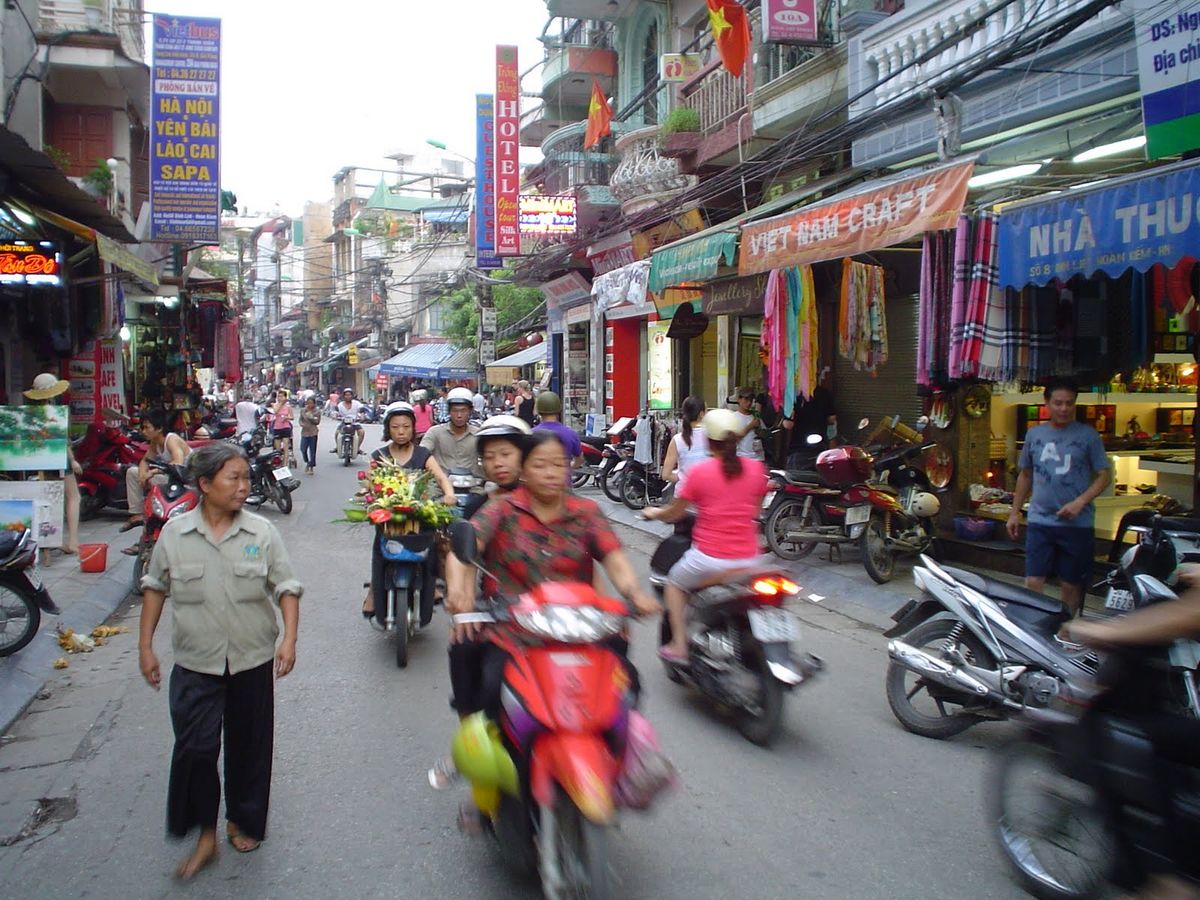 I'm currently in Vietnam, filming a documentary on the culture's traditional expectations for women in terms of marriage and the balance between family and career. Along with my research partner and friend Trang, I am interviewing close to twenty people, with an emphasis on educated women, and their experience with the stigmatization of "leftover women," a category of women who remain unmarried past 25 years old.

Trang and I met in March 2016 during the Johnson scholarship weekend at Washington and Lee University, where we both attend school now. We were in the same group interview and I remember her talking about visiting the home her father grew up in, how he would write math equations on the ceiling to memorize while doing chores. Flash forward to August, when we both arrived on campus early for a pre-orientation service trip and, by coincidence, both ended up going to Baltimore. We were also in the same intro to poverty and human capability studies class and worked on a class project together. Working with Trang made me not hate group projects, just because we worked so well together. I became friends with her as the school year progressed and it was around October when she proposed the following idea to me. She wanted to see if I were open to staying in Vietnam with her and her family for a month during the summer to research the issue of leftover women. Several months later, we worked hard and met with several professors, found an adviser, met with the librarian to research our topic, wrote and submitted a proposal, scheduled interviews and were awarded the Christian A. Johnson Endeavor Foundation grant, a $4,000 stipend (very generous) for our month-long project.

If I could go back in time, I wouldn't have believed myself a year and a half ago if I told myself in that small, stuffy room, both our nerves shot, collaborating on a mock budget proposal on a time crunch for the interview, that I would be here now. But here I am, in Hanoi, the Vietnamese capital, surrounded by a completely unfamiliar language and culture. I'm thankful for the familiarity that Trang gives me, her and her family's gracious hospitality and the opportunity to be paid to travel.

Someone close to me told me to "do the whole Eat, Pray, Love thing." As cliché as it is, I started the novel on the 22-hour flight here and found it relatable. The past two to three months have been really difficult for me and I felt like I lost my footing. I've struggled with finding security in who I am. But it feels like I just needed to enter a new world, 12 hours ahead of the world I've previously been stuck in a rut in, to get to the next phase. I've been so inspired by the women we've interviewed. They talk about self-love, carving out their own paths for happiness, overcoming obstacles in their careers and becoming successful and using their voices for change in their communities and in the people that surround them. I find myself getting lost in the interviews now. It feels less like journalism and more like a conversation, like our souls are shaking hands. The best part about hearing these women's stories is how real they are. They talk about their heartbreaks, obstacles in their family lives, what they learn about themselves from each relationship, platonic and significant. It reassures me that it's okay to stumble as long as I get back up on my feet and prioritize myself and where I am headed. I feel like I'm getting back up on my feet now, in an incredible, self-actualizing way.

This experience is inspiring and challenging me so far beyond the academic level, but also the cultural level, in communication, emotional level and, yes, even the physical level (so much humidity and such a huge change in diet). It is very affirming, to do what I love by sharing people's stories and to then gain so much from them.