An Arctic Monkeys' fan's opinion of the newest album, Tranquility Base Hotel + Casino. 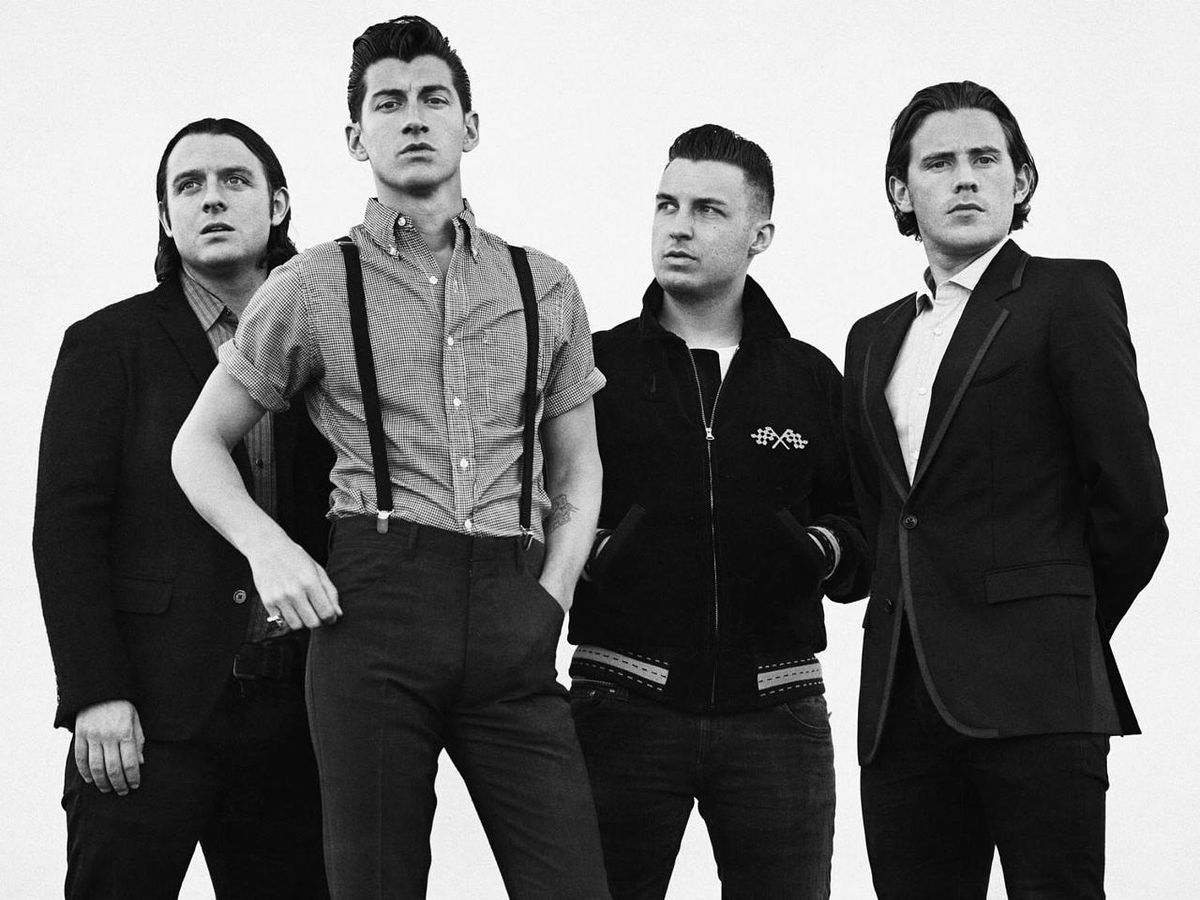 Without an album release since 2013, fans around the world had been anxiously awaiting the Arctic Monkey's release of their 6th studio album: Tranquility Base Hotel + Casino. Then, on May 11th, 2018, fans' dreams finally came true when the album dropped at midnight, the first new Arctic Monkeys songs in five years.

Therefore, I had really, really high expectations when I found out about the new album, and hoped it would meet my expectations. I had heard the album was going to take their music in a new direction, but I don't think I realized just how new of a direction people meant by that.

So, when I opened up Spotify at 12:01am, already in my bed, prepared to sleep right after I listened to the album, and clicked on the first track, "Star Treatment", my reaction was something like this after the first few seconds:

To be quite honest: I really did not like it during my initial listen. I skipped to the second track, and the third, and the fourth, and after that, I gave up and went to sleep (listening to a few old Arctic Monkeys songs right before to make myself feel a little better). The songs all sounded very bland to me, very slow, and just sort of strange. To give the Arctic Monkeys some credit, however, I had been in NYC most of the day and was pretty exhausted by my initial listen, so I don't think I was really in the mood for those kinds of songs, or for such a different sound from my favorite band.

The next day, I gave the album a proper, full listen. After this second listen, I still wasn't the biggest fan of the album, and really only liked the songs "Star Treatment" and "One Point Perspective" (two of the songs I had hated the night before). I did really like the lyrics of some of the songs, Alex Turner really showcases his clever song-writing in a lot of the tunes on this album, but the music itself to me still seemed unsettling-ly slow and almost lounge-like, and not something I would just want to turn on and listen to like their other songs. However, this album is more of a concept album, so there isn't really supposed to be a hit "single" from it, and you're supposed to take it as more of a whole concept and listen to the songs together to get the entire vibe/picture that the Arctic Monkeys were trying to paint. I understood this at the time, and definitely got the vibe and themes the Arctic Monkeys were trying to convey about America, fame, etc., but I still wasn't really vibing with the songs themselves as just music to listen to.

Over the days following that, I still really only liked to listen to the first two tracks, and got really busy with school, so hadn't been giving the rest of the album more of a chance. Then, one day after watching some Arctic Monkeys interviews on Youtube, the link to this video appeared in my side bar:

I watched the entire video, and suddenly had a new favorite Arctic Monkeys song. I have no idea how or why - I really did not care about "She Looks Like Fun" the first time I heard the whole album - but after I heard this version of the song, I absolutely loved it. I listened to the actual album version about 10 times in a row after that, and loved that too. Then, I realized I was probably missing some more gems on the new album, and decided I had to give it another listen.

Turns out I was right! I listened to the new album again, and fell in love with the songs "The Ultracheese" and "Four Out of Five", and the other songs really started sounding good, save a few (I still do not like "Batphone" and am not the biggest fan of "Science Fiction" either).

I really think that I was being pretty close-minded on my first few listens because the songs weren't the typical Arctic Monkeys songs that I was used to, so I didn't really let myself like them. However, after these other listens, some of these songs could almost even fit on other albums, when you listen to them alone. "The Ultracheese" could honestly be on Humbug, Suck It and See, maybe even AM, because the Arctic Monkeys always have some of these slower type songs on those albums, and this song is so beautifully written, and has beautiful vocals by Alex. "She Looks Like Fun" could probably be squeezed into the same categories as Whatever People Say I Am, That's What I'm Not or Favourite Worst Nightmare.

Overall, although the album isn't my favorite Arctic Monkeys album, it has a bunch of great tracks on it, and is a really interesting new direction for the band. I think it's great that they tried something new, and even though there are a few songs I don't really like on the album, I think the album is solid overall and would definitely recommend it to people to try out.

Also, if you are a die-hard Arctic Monkeys fan like myself and didn't like the album on the first few listens, I would recommend giving it a break for a few days, and coming back to it! It really does have some gems.