Not In My Town: Dahlonega's Protest
Odyssey
CurrentlySwoonLifestyleHealth & WellnessStudent LifeContent InspirationEntertainmentPolitics and ActivismSportsAdulting
About usAdvertiseTermsPrivacyDMCAContact us
® 2023 ODYSSEY
Welcome back
Sign in to comment to your favorite stories, participate in your community and interact with your friends
or
LOG IN WITH FACEBOOK
No account? Create one
Start writing a post
Politics and Activism

Not In My Town: Dahlonega's Protest

How one little mountain town bands together. 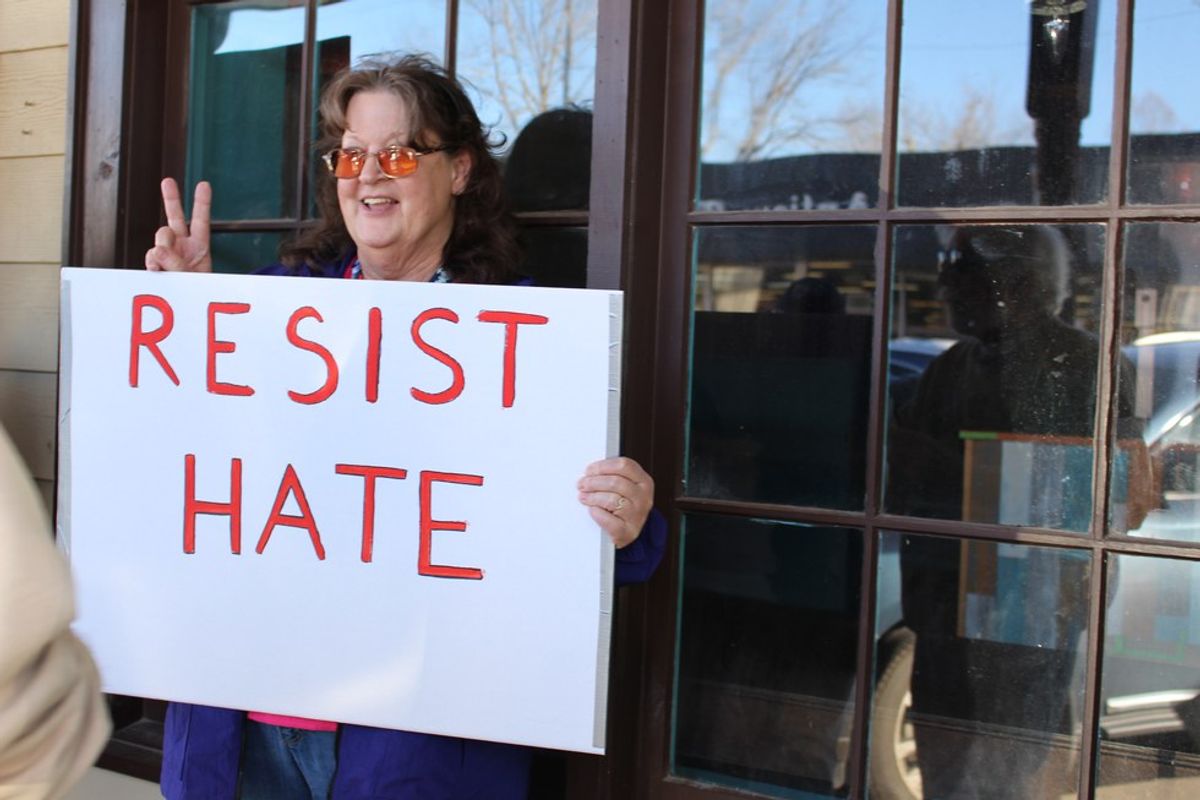 My little southern mountain town, never in my wildest dreams would I ever have thought so many liberal, passionate people would gather in our square to protest the unjust act of that KKK sign going up on that old, forgotten building. Despite what you may believe as to who hung the sign and Roberta Green's involvement, it was truly heartwarming to see the old and the young gather together and defend this tiny town.

When I arrived, I firmly believed there would be maybe a few students there, I would only stay for a short-time, and snap a picture or two. I ended up staying for over an hour, watching as the news interviewed people, and my fellow Vanguard writer asked people questions, and how my friend Madison passionately waved a sign I wrote on that said, "History Called, they want their racism back!"

I couldn't believe it. To be a part of something so much bigger than yourself is an amazing feeling, and to fight alongside others who share in your ideals is almost describable.

I encourage you to get involved, even if it's not for a particular cause like this. Join, fight, believe.

Here are just a few pictures I snapped of the wonderful people that came out on that sunny-February day.