What we need to know in Season 2. 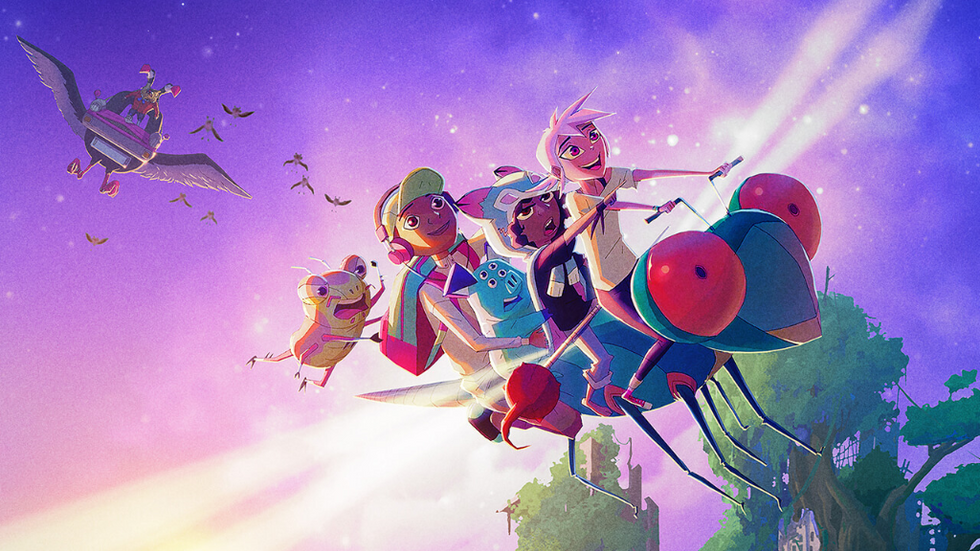 Kipo and The Age of Wonderbeasts

Netflix is an absolute juggernaut of entertainment and this year's addition of Kipo and the Age of Wonderbeasts is no exception.

The world born from the mind of Radford Sechrist focuses on the experiences of a group of teens as they navigate through a very different kind of post-apocalyptic earth. The story is centered around Kipo, a bizarre young woman with pink skin, the ability to become a monstrous jaguar, and a very unusual way of looking at the world.

Kipo vaulted onto screens earlier this year (2020). At the end of its first season viewers were left with a number of unanswered questions. Chief among them being: Who is Scarlemagne? and Why did Kipo's father call him Hugo? What is happening to Kipo? and How far will her transformation go? and of course, What happened to the Earth's animals 200 years ago?

The follow-up which aired this prior weekend answered all but one of those questions. But in doing so it also introduced new, larger questions.

Kipo discovers during her journey a journal left behind by her parents. 200(ish) years after the event and scientists are still performing experiments to uncover the cause of the (global?) mutations. One such experiment was conducted on a mandrill named Hugo. The poor creature was subjected to over 3,000 experimental formulas throughout his life in captivity! It was these formulas however, which gave him sentience.

Realizing that they couldn't take away the intelligence of the world's creatures, Kipo's parents devised a secret alternate plan for the future of humanity. They spliced the DNA of various apex predators into Song's eggs in hopes of producing the worlds first hybrid. The result of which is Kipo herself!

At this point the show introduces a twist or two that could not have been foreseen. The experimental pregnancy which yielded Kipo, also granted Song the ability to transform. Her DNA however, merged with that of the monkey (no species referenced). Yes, the monkey. Kipo's own mother is the Mega Mute that destroyed her home burrow!

The next twist is that it was never Scarlemagne that had control of Song in her beast form. It was another scientist from their community, Dr. Emilia, who was able to maintain control over the Monkey for 13 years using Hugo's pheromones. Emilia, of course, wants nothing more than to return Earth to the way it was before when Man ruled over a planet of ignorant creatures. In her eyes Song, Hugo, and Kipo are all abominations which must be eradicated.

In this newest set of episodes Kipo and the Age of Wonderbeasts delivers another series of breathtaking visuals, accompanied by perfectly orchestrated music. The audience moves and breathes with the characters as they embark upon a cheese fueled vision quest; feel the stutter of their hearts as fledgling love begins to bloom; have the air torn from their chests as gilded amphibians are revealed on stage; and cry freely as our hero struggles to regain her humanity. Everyone will forever mourn the loss of Staulky.

However, there are some large questions to be addressed in the next installment.

Will Emilia be able to use the journal to rid the world of mutes forever?

Is there a chance at redemption for poor Hugo?

Will Song ever be able to resume her human form?

What exactly was the catalyst for the mutations? and Why?

We will have to wait until the next chapter to learn the answers.

However, in the interim...

The world changed 200 years ago. Dave, the ever evolving, immortal, bug-man-creature is 200 years old. Was Dave present at the event that caused the change? Is Dave himself a result of that event?