These Are The 7 Movies That You NEED To See Summer 2018
Odyssey
CurrentlySwoonLifestyleHealth & WellnessStudent LifeContent InspirationEntertainmentPolitics and ActivismSportsAdulting
About usAdvertiseTermsPrivacyDMCAContact us
® 2023 ODYSSEY
Welcome back
Sign in to comment to your favorite stories, participate in your community and interact with your friends
or
LOG IN WITH FACEBOOK
No account? Create one
Start writing a post
Entertainment

This year, theaters will have everything from romance to sci-fi. 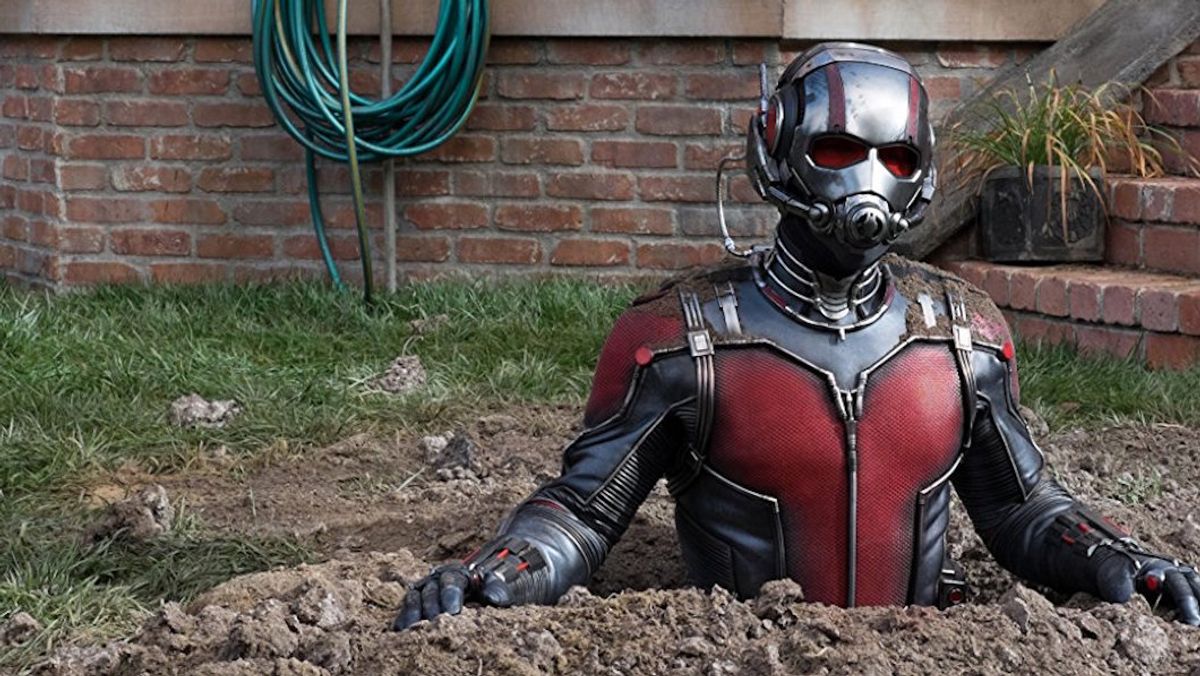 When it comes to summer, there are a billion things to do and more often than not, one of those things are going to the movies. There’s something about sitting down to the newest flick and walking out to a lingering sunset that just never gets old. So, to make sure you’re prepared for those movie-outings, here are the ones you’re going to want to see.

As always, no summer is a real summer without a Marvel movie. “Ant- Man and The Wasp” is looking to be a really exciting and fulfilling follow-up to “Ant-Man” with the inclusion of Marvel’s superheroine the Wasp, known in the comics as Janet van Dyne, but taking the name of Hope Pym in the movie. As the audience knows, Hope packs a lot in her punch, being the one to train Scott and the one who’s worked around her father’s tech her entire life. So, there’s no doubt that when Scott’s daughter says, “Maybe you just need someone watching your back, like a partner,” she means we’ll be receiving an action-packed show shared between a miniature-sized duo.

What seems to be becoming a rarity in Hollywood these days is originals, but “Sorry to Bother You” is pushing back against that trend, definitely appearing one-of-a-kind from the trailer alone. Blending sci-fi with normalcy by focusing on the life of Cassius Green, a telemarketer in a unique dystopia, this movie offers a refreshing story that gets more interesting the more you watch the trailer. The only way to find out more about it is to watch it when it hits theaters. With an impressive and familiar cast (Lakeith Stanfield, Tessa Thompson, Terry Crews, and Armie Hammer, to name a few) to deliver the tale, there’s no doubt this movie is going to rise up in the box office. Make sure you’ve got your ticket ready.

“Ocean’s 8” might be one of the most anticipated films of the summer, seeing as it’s a spin-off of the Ocean’s Trilogy and has a cast made up of some of the most well-known women in Hollywood. The premise of the film revolves around Debbie Ocean (Sandra Bullock), who contacts her friend Lou (Cate Blanchett) after she gets out of prison, and together they gather a crew of women of various talents (the actresses being Mindy Kaling, Helena Bonham Carter, Awkwafina, Sarah Paulson, and Rihanna) to rob the necklace of the celebrity, Daphne Kluger (Anne Hathaway). Yes, a well-known cast indeed, and extremely talented. Together, these lovely ladies will surely accomplish an action-packed and entertaining criminal heist for the ages.

Although several people questioned the decision to continue the long-awaited superhero sequel from where it left off over a decade ago, the trailer for “Incredibles 2” is undeniably impressive. Even better, it leaves the viewer wanting more, using the absence of time-lapse to apply the modern day family experience to the Parr family. This time around, Elastigirl is the superhero who has to go out to work, while Mr. Incredible stays home to handle the important issues of family life (yes, they are important, whether you want to believe that or not). From the trailer alone, the franchise is upholding it’s mix of comedy and super-family fun perfectly, so no need to worry about the box office, it’ll hold its own easily. Especially since it already has both the younger audience and the audience that’s been waiting for again, ahem, over a decade, on board to watch it.

Out of this entire line-up, "Upgrade" might be the odd-ball out. Although it is very much an original, like “Sorry to Bother You,” “Upgrade” is off the action-horror genre and in this case, horror could very well be a stand-in for gore. Although there isn’t much known about the movie and there doesn’t seem to be a lot of advertising, the plot is about a man, Grey Trace, who undergoes a surgery in order to be able to avenge the murder of his wife. The unique aspect of this movie is that the surgery includes the insertion of a micro-chip named “Stem” that not only gives Grey back his ability to walk, but much much more. It is the classic “human-tech combo” with a twist in the sense that—at least from the trailer—Stem does not seem to infect and control Grey’s mind. Instead, Grey takes Stem’s help willingly and consistently as action ensues. Get your popcorn ready, this movie appears to be a rollercoaster.

“Fallen Kingdom” will be bringing a sequel to “Jurassic World” and another installment to the “Jurassic” franchise. The initial trailer made the movie out to be a sole rescue mission, with not much else to expect, but this final trailer has added a huge, underlying, dramatic adventure that will keep the audience on the edge of their seats. As with most movies, the sequel is always either a win or lose, but fortunately, the “Jurassic World” sequel seems to be a clear win that might even lead to “Jurassic World” turning into a trilogy. Keep your fingers crossed, because the crowd-favorite velociraptor “Blue,” along with her friend's Owen and Claire, are back and ready to bite.

Another long awaited sequel, “Mamma Mia! Here We Go Again” is the last in our line-up and will appear in theatres right in the middle of the summer. The perfect film to watch while in the midst of your vibrant, summer romance? Definitely. Just like the first film, “Here We Go Again” has got the same cast and the same energetic musical numbers. Taking the angle of a flashback-flashforward format, it looks like the audience will be watching Donna’s past play out while Sophie’s future progresses simultaneously. Not sold just yet? Watch Lily James play Young Donna in this clip from the film, “When I Kissed the Teacher.”

Nicole Marie Nigro
Individual Creator
191
c1.staticflickr.com
Where to start...... Let me start with the cliche that life throws us curveballs and what we do with it is what counts.