2017 was an amazing year for Kpop. Here's some of my favorite releases! 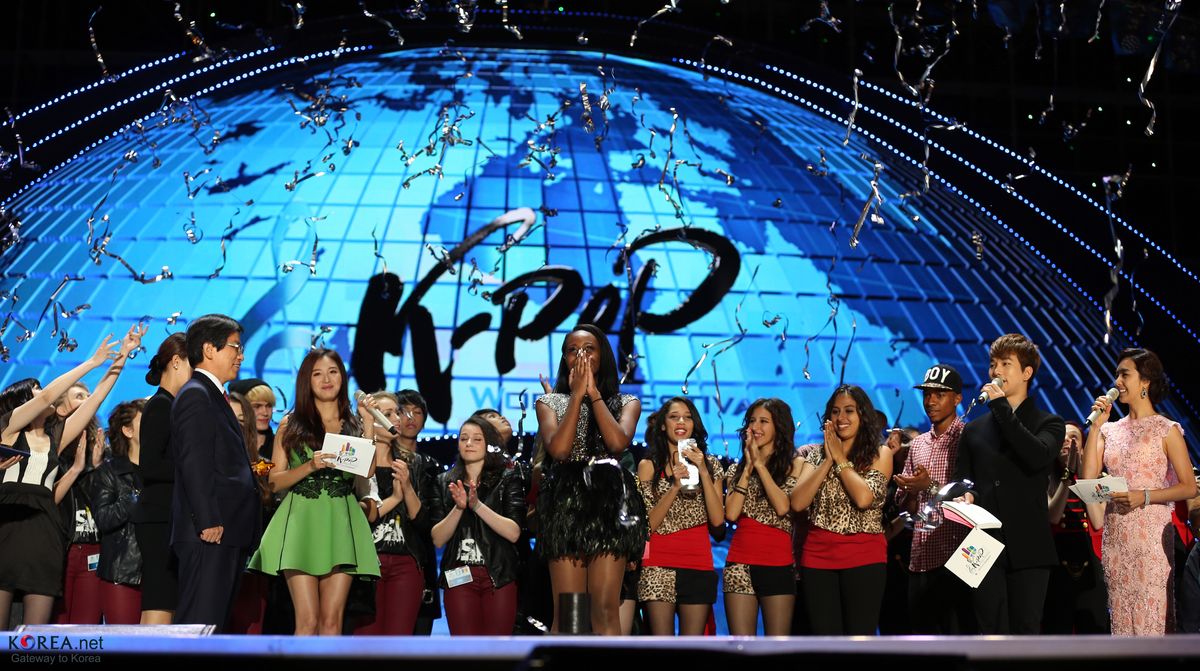 Kpop has had an amazing year musically. Between the sheer amount of groups that debuted this year, the number of inter-group and inter-label collaborations, and BTS making a name for themselves in the US, it's been a pretty successful twelve months. To celebrate, here's my top ten songs of the year.

SEVENTEEN started their year off strong with this release, which really took a step away from their typical sound. Aside from being a softer and more serious track, they also had their rap line singing rather than rapping in the song, which is rare in Kpop. Clap, the followup song released at the end of the year, went a step further and had one of the vocalists rapping.

A.C.E is a rookie group under Beat Interactive that just debuted in May with the song Cactus, followed by this jam in October. While I definitely liked Cactus and it's strong beats (not to mention the stage outfits), I find Callin' to be their better song this year, especially vocally. Donghun and Jun's adlibs near the end are actually what made me a fan of the group.

I haven't considered myself a fan of BTS in a few years, but I do try to keep up with their music and this release just blew me away. BTS had a hell of a year, between receiving an award at the BBMAs, performing at the AMAs, and going on a number of American talk shows, their hard work has definitely paid off, especially since they come from a small company. The Mic Drop Remix is just the culmination of all that hard work.

B.A.P is known for having complicated music videos with plot twists abound (hello, One Shot and Skydive), but this one rang pretty clearly with me. Bang Yongguk, the group's leader, has been fairly public about his own struggles with mental illness and actually took a brief hiatus before the group came back with this song. Wake Me Up not only speaks about the suppression of mental illness, especially in Korean society, but its music video also represents a number of illnesses, including body dysmorphia, eating disorders, addiction, and depression, and features black and Latinx actors alongside the artists themselves.

This was the song of the summer for me. While a wasn't a huge fan of RV's two other releases this year (Rookie and Peekaboo), Red Flavor really caught my attention. It's catchy and has a cute dance, and Joy absolutely rocks the red hair. It isn't the typical bubblegum pop that is expected of girl groups, but it was still a very fun song.

CLC had the ultimate transformation at the beginning of 2017. They went from a group with the typical soft, cute songs to this banger that can only be attributed to input from labelmate and Kpop queen HyunA. Although CLC's later releases from this year returned to that earlier style, I'm still hoping that we'll see more of this hardcore style from them in the future.

4: Sorry by The Rose

Among the strong debuts from summer 2017 is The Rose. They join the ranks of FTIsland, Day6, and N.Flying by being an actual band that not only plays their own instruments but also writes their own music. This song and lead singer Woosung's emotional vocals caught me right in the feels when I first heard this song and I'm hoping for more good things from them in 2018.

This is probably going to be the only non-title track on this list, but I simply can't let this one go. Day6 also had an incredible year with their EveryDay6 project, which had them releasing two tracks at the beginning of every month, and two compilation albums in June and December respectively. This song, written by group member Young K, was part of their October release (alongside When You Love Someone) and the pure emotions, not to mention the absolute barrage of musicality, definitely deserves a shoutout.

Pentagon is another group that had a hell of a year. Despite debuting just last October, they've already released 5 EPs, along with a few additional singles and a Japanese mini album. Runaway, which came out in November as part of the Demo_02 album, is the latest. Although it took me a few listens to warm up to the song, it quickly become one of my favorite releases of the year.

MONSTA X is another group known for their powerful songs and story-like music videos. Beautiful is the final part of The Clan series, which began in 2016 with All In. While all of their releases from this year (Shine Forever, Newton, and Dramarama) had me excited, none of them can quite beat out this song. Between a very successful world tour and achieving their first music show win with Dramarama, MONSTA X has also had an incredible year. And the best part: Beautiful also has an acoustic version.

In all honesty, I can't think of a song from this year that I didn't like in some capacity. It's hard to make a list like this, because Kpop is such a diverse genre with so many different sounds, so I definitely can't wait to see what 2018 has in store for us!

Kassie Hsu
Baylor University
4227
Panda Whale
Here are 100 things I'd rather to than study. I know the semester just started, but
Featured