These treasures are waiting to be found! 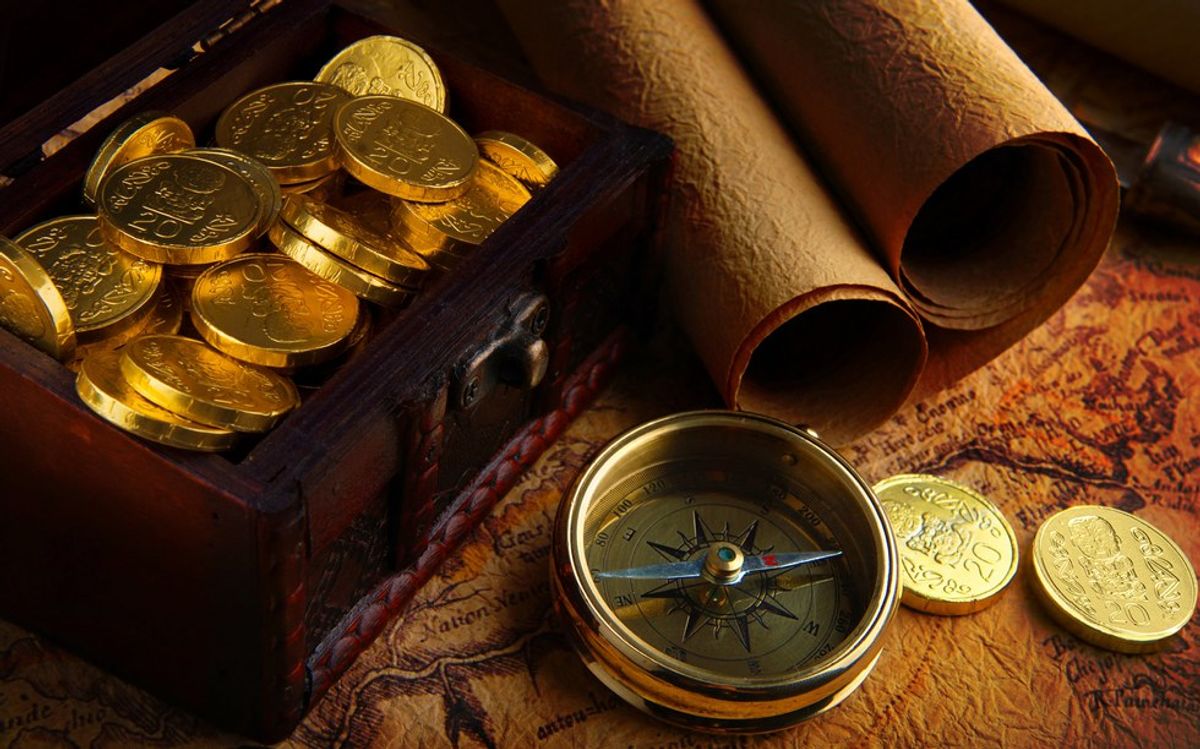 Have you ever wanted to bring out your inner Indiana Jones and go on a historical treasure hunt? Well, the truth is you actually can. There are many lost treasures hidden throughout the globe that are just waiting to be discovered. Some of which have been hidden so long that they have become the stuff of legend. Here is a list of top five treasures that have yet to be found:

In 2010, Forrest Fenn--a millionaire art collector and dealer--hid his most valuable possessions somewhere in the Rocky Mountains. Fenn has written two books that provide seekers of his treasure with clues to the hiding place, yet no one has been able to find it. The treasure itself is supposedly worth millions of dollars and was described as “huge heaps of massive gold coins, gold nuggets the size of hens eggs, jewels, gold bracelets, gold ornaments from South America, and everything glittering in the light.” Sounds impressive, but will it ever be found?

Oak Island is situated just off the shores of Nova Scotia and its “money pit” was found in 1795 by Daniel McGinnis. McGinnis claimed that he had seen mysterious lights coming from the island, and while investigating came across a small circular, man-made hole that him and his friends took the time to dig into. They did not find anything, however. As more and more people learned about the mysterious pit, they decided to try their luck and continue digging down. Once they reached about 90 feet, a strange stone was discovered with symbols that yet to be deciphered. Upon learning of this discovery, millions of dollars were put into digging deeper into the hole by various companies. Many lives were lost in the process, and only traces of gold and some other treasures were found in the pit. People continue to search the pit for the treasure that legend now tell of the Island, once of which involves the Holy Grail.

This lost treasure, is a golden owl. In April 1993, a man by the name of Max Valentin hid a golden owl somewhere in the French countryside, and gave 11 clues to its whereabouts. Valentin promised 1 million francs to the person who would find his treasure, but so far no has been able to. Many people have gone to great lengths to get to the treasure, some have even resorted to breaking through concrete and burning down a chapel. Though no one has gotten to the golden owl. Since Valentin died in 2009, no one truly knows where this treasure resides.

4. The Treasure of Lima

When the Spanish defeated the Incan empire in the 16th century, they acquired many precious treasures which were kept safe in the city of Lima. Though when a revolt was struck in 1820, the Spanish attempted to save the treasure by moving it out of Lima with the help of British Captain William Thompson. Though Thompson betrayed the Spanish by taking the treasure for himself and allegedly burying it all. His ship, called The Mary Dear, was captured by the Spanish and they forced Thompson to lead them to where he buried their treasure, which he agreed to do. However, when they reached Cocos Island--which is near present day Costa Rica--Thompson and his first mate escaped…and were never seen again. Was the treasure really in Cocos Island? What happened to Thompson? We don’t have answers to these questions, but we do know that the Spanish treasure is still hidden somewhere. It is estimated that the treasure is worth $200 million dollars today and consists of a solid-gold, gem-encrusted, life-size image of the Virgin Mary as well as 113 other gold religious statues, 200 chests of jewels, 273 swords with jeweled hilts, 1,000 diamonds, solid gold crowns, 150 chalices, and hundreds of gold and silver bars. Will we ever find this amazing treasure?

Have you ever heard of “El Dorado,” the lost city of gold? “El Dorado” means “Golden One” in Spanish and the origin of this legend actually comes from traditions of the Muisca tribe from thousands of years ago. Stories say that the leader of the Muisca tribe would cover himself in gold dust, enter the body of water called Lake Guatavita, and toss gold and other treasures into the lake in honor of the gods. Much of this gold has been recovered over the years, however not all of the lake’s treasures have been found. There is a supposedly impenetrable crust made of hardened mud that is trapping the remaining riches in the lake. How much treasure could there be lost underneath it?

These are just a few of the many historical, legendary treasures hidden around the world that have yet to be discovered.

To learn more about these still-hidden treasures or about others that are out there, visit the articles: "6 Legendary Lost Treasures," "10 Amazing Lost Treasures No One Can Find," and "20 Real Lost Treasures Hidden Around the World."