Top 5 Movies To Watch During An Existential Crisis
Odyssey

Top 5 Movies To Watch During An Existential Crisis

For when that impending crisis hits, here are the movies to watch while riding it out. 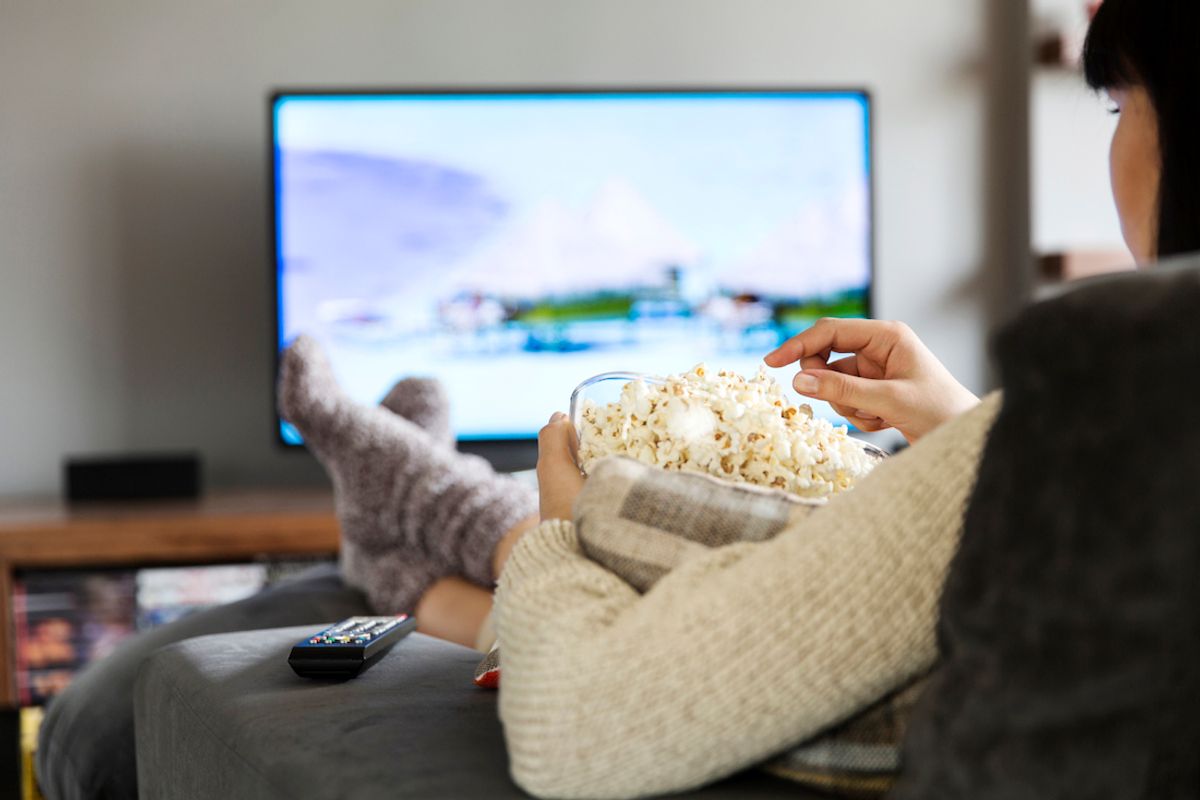 While the first couple weeks of 2018 wind down and, as Madonna would say we "get into the groove" of this new and exciting year, there is one feeling I cannot seem to shake.

1. Eternal Sunshine of the Spotless Mind

Written by Charlie Kaufman, known for "Being John Malkovich" and "Adaptation" along with being a writer for the lesser known "The Dana Carvey Show", this movie is just plain weird, but in the best way possible. The film cannot be contained to just one genre, it is a science fiction dark humor romantic drama.

If that isn't intriguing just wait until you know that it stars not only Jim Carrey (if I have to list what Jim Carrey is from that's just sad) and Kate Winslet (please do not make me say Rose from "Titanic"). The film takes you on a wacky and somewhat confusing journey of Joel (Carrey) and Clementine's (Winslet) love story. From the "first" time they meet to their confusing but hopeful ending encounter.

Without giving too much of the plot away, what makes this film so amazing to watch in the times of an existential crisis is its ability to bring immense clarity regarding the importance of relationships.

And not solely the intimate kind. In times of extreme anxiety, anger, sadness, and lostness this film will make you appreciate the memories you have with important people in your life. While also consoling the extremely emotional part of you that catapulted the crisis in the first place.

Set on the last day of high school in 1976, that is exactly what this movie is about. It's that simple, just a couple of confused guys and girls wondering what their future holds and what they should do. If you're looking for a resolution, then this movie definitely isn't for you. But as the song at the end strums "slow ride, take it easy."

That's exactly how you'll feel after watching the film. It has the effect of just...taking it easy. In the times of an existential crisis "Dazed and Confused" truly helps to realize that everything will work out just fine. Sometimes all you need is to take a deep breath and go hang around with some good pals. The funky clothes, good music, and young Matthew McConaughey are just a bonus.

3. Dr. Strangelove Or: How I Learned To Stop Worrying And Love The Bomb

Yes, the title of this movie is quite a mouthful. And yes, it is in black and white. Now, those two tidbits might very well stop people from watching this film, but they shouldn't. Directed by the legendary Stanley Kubrick and starring Peter Sellers playing three completely different characters this wartime dark comedy is in the purest form of the word, brilliant.

The plot shows what would happen if that one person pushed that one button...you know "the button". As a bomb that could detonate human life as it is known deploys, the worlds "leaders" gather in the war room. The scenarios that follow are truly laugh out loud in the most subtle of ways. Now, this idea of the destruction of human life as we know it may not be a more common branch of existential crises but it is still there. Given recent events (i.e. the Hawaii "scare" to put it lightly) at some times more than others events such as the ones depicted in the film seem more and more likely.

Or, at least they are frequently talked about in theory. However, this film so expertly quenches the worries of human expulsion by bringing an overly absurd take on how the leaders of the world would respond. This is best exemplified when at one point in the film when the fictional U.S. President tells two men arguing "Gentleman, you can't fight in here. This is the war room." The soothing irony and humor regarding existential thought is instantly cleansed by this film and perfectly encapsulated by that single quote.

Juno MacGuff is possibly one of the best movie characters in recent cinema history.

Played expertly by Ellen Page, look at the picture above she is the one with the huge belly, Juno's quick-witted humor and observations fuels the charm and heartache that comes along with this movie. In light of getting pregnant by Paulie Bleeker, her close boyfriend but no so boyfriend, Juno decides to keep the baby and put it up for adoption, sticking with her decision like glue.

What makes this film so amazing during an existential crisis is its vivid realness, it doesn't glorify teen pregnancy or even just being in high school. It shows just a regular girl dealing with the consequences of a decision she made, dealing with feeling lost, and honestly, just dealing with liking a guy.

This film is great to watch whenever you are feeling like you don't know what the future holds for you or having a sense of lost identity. By the end of the movie, Juno feels more like a personal friend than a character on a screen.

I could not end this list without including "Fantastic Mr. Fox." Every time I watch this movie it just seems to heal a part of my heart I did not even know needed mending. Visually stunning and fast-paced, this age-old book by Roald Dahl is brought to life in such warm colors and loving characters by the one and only Wes Anderson (director of "The Grand Budapest Hotel" and "Moonrise Kingdom").

At the base of it all, this film is a story of a community coming together to fight an overbearing power or "The Man," both literally and figuratively. Voiced by George Clooney, one cannot help but root for Mr. Fox and his rag-tag group of various animal misfits the whole film. The thing that makes this film so great during an existential crisis is its ability to simultaneously remind one of the innocence of childhood while also showcasing our ability to adjust to change.

There is nothing but happiness and harmony that can be felt as all the animals go on to form their own new community while also realizing truths about themselves along the way. If you haven't watched this movie since childhood, I would immensely recommend a second viewing to soak it all in now.

So, whether that existential crisis happens tomorrow, next week, months, or maybe even years (though that's being a little hopeful) from now, just know there is nothing better than a good movie to get you through those rough times.

Glorie Martinez
445
Why I Write On Odyssey