A list of my top 5 favorite Cormac McCarthy books. 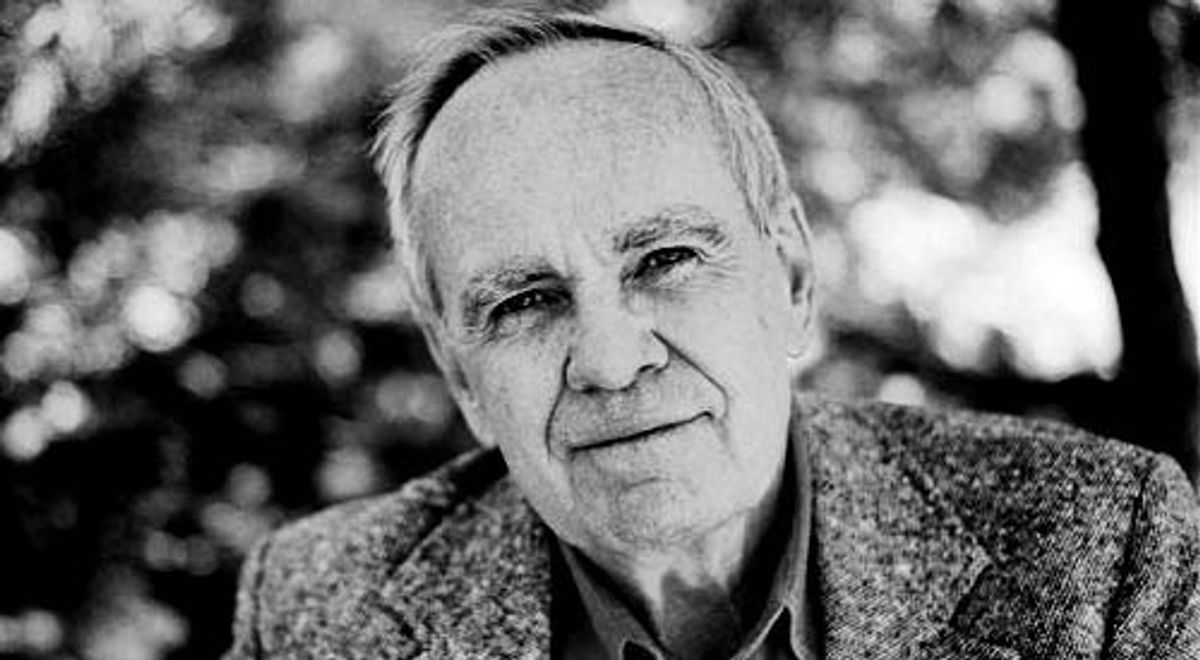 Cormac McCarthy is regarded by many scholars as being nothing less than our greatest living author. His use of prose immerses readers into beautifully descriptive sceneries. His writing is captivating and has been compared to many literary greats such as Hemingway and Faulkner. It's hard to say which of his ten novels deserve the most recognition considering how incredibly well authored each of them are. Although I would certainly include each of McCarthy's works as a worthy pick, I have decided to compose a list of what I feel are the top five best Cormac McCarthy books.

“The Crossing generates an immense and sorrowful power… [It is] a soul shaking novel." –The Washington Post

Starting off the list, I have decided to give the spot to the journey of Billy Parham, a 16-year-old who catches a she-wolf in his family's ranch then decides to cross the country toward the Mexico Mountains to return it.

I felt as if this was the hardest spot to give considering the other novels I felt deserved it such as "Suttree," the eerie tale that seemed very much like a “doomed Huckleberry Finn" –The New York Times. I was also considering on giving the spot to the much shorter, brilliant and disturbing "Child of God." Volume Three of the Borders Trilogy, "Cities of The Plain," also felt to me as if it deserved the spot considering how interesting it was to have John Grady Cole and Billy Parham in the same novel.

However, what makes me want to give the spot to "The Crossing" is the many unexpected turns it takes. After undergoing a series of hunting expeditions with his father, Billy traps the elusive she-wolf who has been preying upon their farm's cattle. Rather than killing the wolf, Billy decides to return the wolf to Mexico and along the way forms a bond with the animal. During the expedition, the wolf is taken from him and used in dog fights. Unwilling to see the wolf suffer, Billy kills the wolf then returns home to find his parents dead. What I initially thought would be a 426 page story about a boy and his wolf turned out to be a complex four year story that went beyond the boundaries I had been anticipating.

“A modern day Western full of horses and gunplay and romance, it transcends the bounds of its genre with rambunctious, high-spirited, bottomless inventiveness. All the Pretty Horses is a true American original." –Newsweek

Out of all of McCarthy's novels, "All the Pretty Horses" is certainly his closest to a romantic novel. The story is about two ranchers: 16-year-old John Grady Cole and his best friend, Lacey Rawlins. The novel follows the former rancher as he finds out that his grandfather's Texas ranch is being sold. Rather than moving into town, the two ranchers set off into the country to find work. Along the way, the two ranchers find work at a large ranch house where John Grady develops a love interest for the owner's beautiful daughter, Alejandra. The two ranchers are later arrested for being accused of stealing and sent to a deadly and corrupt jail where they both nearly escape with their lives.

3. No Country for Old Men

“McCarthy's prose [is] laudable, his characters the most inhabited, his sense of place the most blood worthy and thoroughly felt of any living writer." –Esquire

"No Country for Old Men" is regarded as one of McCarthy's most notorious pieces of fiction. It's dark, gritty and haunting. While hunting for deer in the desert back country, Llewellyn Moss stumbles upon the aftermath of a deadly drug trade, finding over $2 million in cash and deciding to take the money against his better judgment. He is then chased by a relentless killer named Anton Chigurh while the county sheriff, Ed Tom Bell, hopes to protect Moss before it is too late.

The action and violence in this novel is brutal. The tension is palpable. The murdering psychopath, Anton Chigurh is one of the most frightening characters I have ever read. This vision of a dangerous drug world in the 1980 Texas-Mexico border is a true masterpiece.

“Vivid, eloquent. …The Road is the most readable of [McCarthy's] works, and consistently brilliant in its imagining of the posthumous condition of nature and civilization." –The New York Times

Desolate and forsaken, a father carrying a bad cough travels south with his son across post apocalyptic America so they can avoid the cold. "The Road" is the first novel that I read by Cormac McCarthy. It not only made me a fan of his work, but encouraged me to read his entire anthology of novels, leading me to recognize him as my favorite author.

The world in which they travel is gray, bleak and hopeless. The reader never gets a sense of what happened to the world; however, "The Road" isn't about how the world ended, rather it's about the journey the man and the boy take. Along the way they come across killers, thieves and cannibals. The father tells the son that they need to keep the fire inside themselves because that is what keeps them going. "The Road" is a story about finding hope in even the most dismal circumstances.

See the child. He's a 14-year-old boy known simply as The Kid in what many including myself would argue to be Cormac McCarthy's' greatest work: "Blood Meridian." This incredibly violent novel feels like a rollercoaster ride going backwards at full speed straight through an inferno. Based on events that took place during the 1850s along the Texas-Mexico border, the novel follows the journey of The Kid who joins the Glanton Gang lead by John Glanton. The gang of ruthless killers travels across the border, murdering Native Americans and collecting their scalps to sell for profit.

The book is heavily driven by its use of descriptions and the prose McCarthy uses throughout the book is both beautiful and disturbing. Just about every character commits outlandishly heinous acts of violence. Because of its excessive use of violence, the film has even been called unfilmable. Musician Ben Nichols also composed an album based on the novel entitled "The Last Pale Light in the West." This Epic Western truly is the feather in McCarthy's cap. Its brilliant exposition demands the reader's attention.

Cormac McCarthy is an author who is to be highly admired.He has only done a handful of interviews including only one televised interview (1)(2)(3)(4)(5). He is one of, if not, the greatest American author. According to the Boston Globe, “he has a voice that is unmistakably his own…with a passion most writers either couldn't muster or wouldn't dare." His novels are timeless and they all deserve a spot among the most extraordinary poetic pieces of fiction.
Report this Content
This article has not been reviewed by Odyssey HQ and solely reflects the ideas and opinions of the creator.