Let the battle of the best songs begin! 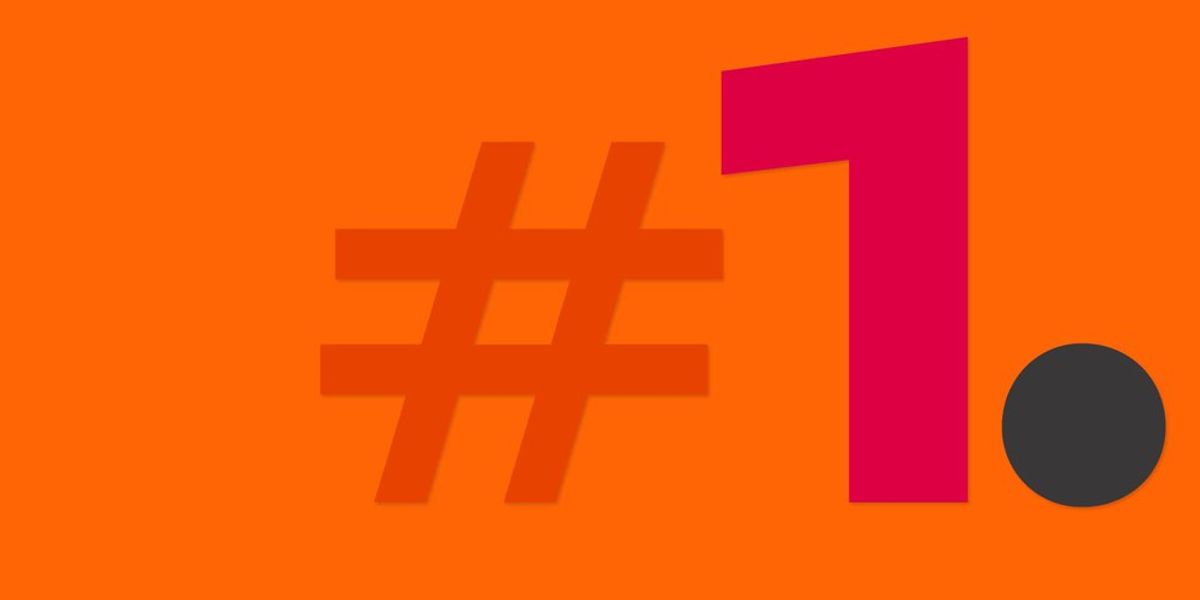 Blessed People: "I love waking up. I only need one alarm. I sure am a morning person!"

The select few that are blessed with the ability to love mornings should be grateful. Others, myself included, would rather hear nails scratching on a chalkboard than the infamous alarm that wakes us from a peaceful slumber.

With that being said, however, whether you enjoy the nice morning stretch or would rather jump off of a cliff (excessive comparison, I know), I hope to provide you with the top 25 songs to help you kick-start your day into fun and success. Considering that I haven't always used a morning playlist, I hope to encourage you to create one. I had always heard about it, but never bought into it. After 3 months of consistently starting the playlist as soon as I wake up, I really believe it can change the course of your day for the better. With all of this being said though, you have to have the right songs on that bad boy!

So without further ado:

Yup, I know you just yelled, "War! What is it good for!?" and pictured the movie Rush Hour. It's cool, I do too, every time.

This well-known jam will kick-start your morning into another gear, but listen with caution! Time goes by quick when you're bumpin' this song.

#23: Spirit In The Sky - Norman Greenbaum

Classic, just a straight runnin' classic. This song is guaranteed to have you walking out of the house like a boss.

The GIF above represents me when I listen to September, even in the summer. The trumpets are smooth and the story within the song is relatable for everyone.

The first "modern" track for this countdown has to be Candyman. The cleanest bass drop is contained within this catchy song, which also features the vocals of Aloe Blacc from the song The Man. Bonus: If you've ever been to a Texas Tech football game I guarantee you'll recognize this gem.

The first to break the top 20 has to be All-Star. Popularized by the Shrek movie series, this song speaks for itself. This tune is especially perfect for groggy Monday mornings.

Shout to my Mom for introducing me to the magic that is Mr. Bon Jovi. #19 belongs to this 80s legend!

With due respect, Rascal Flatts redid this Tom Cochane classic from 1991 for the Disney movie Cars. I'm all about classics (obviously), but Flatts just nailed the recent version. He added an extra hook and more vocals for a perfect "get up and go!" song.

In 1999, Lou Bega released one of the most underrated jams of all-time: Mambo No. 5. This song is guaranteed to have you stepping out full of positive vibes and ready to tackle any negativity that comes your way!

In all honesty, I'm not a big Foo Fighters fan, but this song has some good memories attached to it for me. It's clean and has some great guitar riffs, suitable for #15!

#14: Waiting On the World to Change - John Mayer

John Mayer is one of the greatest songwriters of our generation and has numerous songs worthy of this list. You could actually make a list of just his songs! The most positive morning song of his, though, to me, has to be this one from his 2006 album, Continuum.

"Playas, put yo' pinky rings up to the moon!" With specks of 80s pop, hip hop and disco, this song comes in hot at a well deserved #13.

"Pitbull? Mr. Worldwde? Really, Ezra?" Yes, yes, I know. I'm not a massive fan of him either, but this song takes #12 because of the fast tempo, quick beats and fun lyrics.

Right before the break into the top 10, a random duo from Chamillionaire featuring Tom Petty appears. I have no idea where this "Ridin' Dirty" rap artist got the idea for this song, but nonetheless, the unique combo makes for a sweet #11.

The King of Country! I believe this song, by the man himself, pays rightful tribute to this land I'm blessed to call home. Perfect for mornings before road trips or the long work commute!

The "classic" anthem of the millennial generation! This is our "Stayin' Alive!" we'll share with our kids some day. I see this fitting for Friday mornings? Yes?

When I first heard this song last year I was hooked. It's essentially a freshly remixed version of the 1996 classic, Return of the Mack with a surprise feature from Fetty Wap. Because of the combination of classic lyrics and the new vision for house dubstep, this song earns a spot in the top 10 at #8.

A lot of people think Bob Marley just smoked marijuana all day. Yes, unless you've been living under a rock your whole life, you know he did smoke marijuana. At the same time, he was also a global advocate for peace and positivity. I love this song because of the beach vibes it produces and the lyrics in the third verse, "And we're jammin' in the name of the Lord."

Right before the top 5, Lynyrd Skynyrd gives us one of the best wake up songs to ever grace our ears. Clean riffs, awesome lyrics about the good ol' days and the three-word phrase we all know and love, "Sweet Home Alabama." (Also, I couldn't find a GIF that fit this well so here's Kristen Stewart in a scene from Twilight. It is what it is, homies! *upside down smile emoji)

Breaking into the top 5 is this Remember the Titans classic. You know the tune just by looking at the title. It's just not possible to have a complete morning playlist without this song!

You're probably singing it now and will have it stuck in your head all day. "Nowww, this is a story all about how.." Yup. That's why this theme song from Will Smith's, "Fresh Prince of Bel-Air," registers at #4. Also, the song you hear before the beginning of the show isn't the full version. The "extended" version is nearly 3 minutes long and has additional verses (the more you know).

I don't care who you are, it's impossible NOT to enjoy this song, even if you don't know the lyrics. It's upbeat and positive, perfect for the worst of mornings! A native Texan and forever in our hearts! Rest in peace, Selena!

The almost undisputed and unmatched champ! A vital song for your morning playlist. " stop! '!" Timeless, recognizable and one that will never get old!

Before I even started writing this list I had this song placed at #1. The song is from Chance's new Grammy-winning album, Coloring Book. Admittingly, the song isn't as upbeat as the previous 24, but the honest, Christian lyrics, mellow beat and mixture of genres contained within this masterpiece make it worthy of the #1 spot.