Because no one will ever really get over this epic boy band. 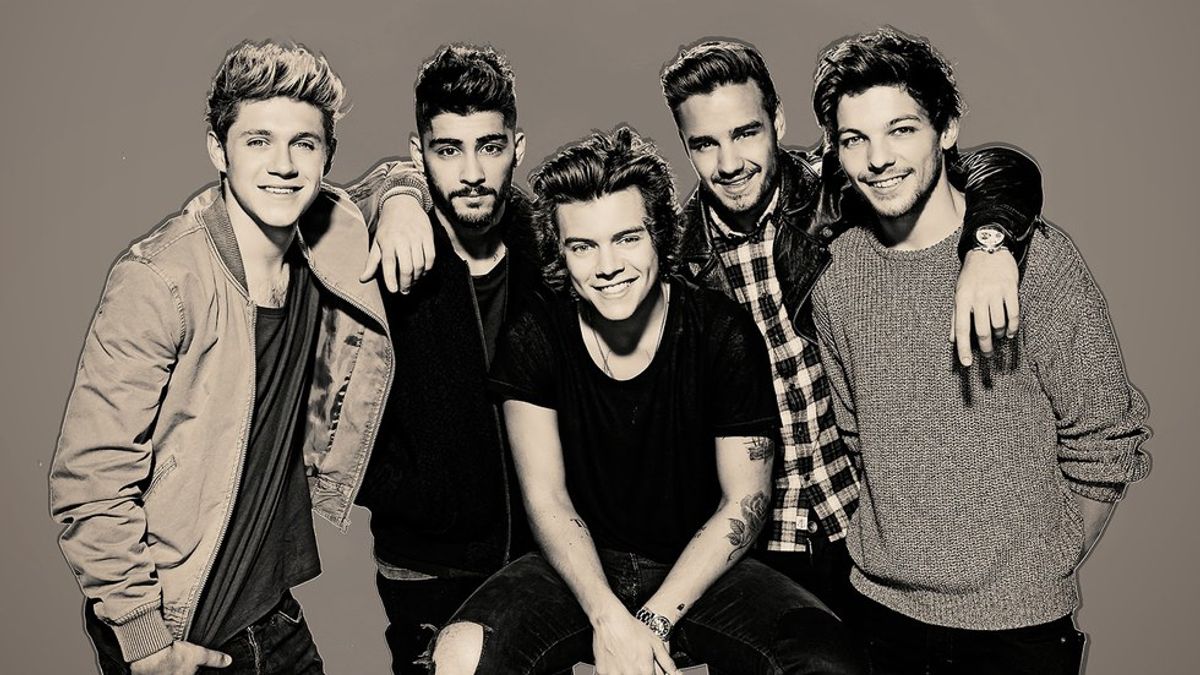 Now almost one year into the One Direction hiatus, loyal fans everywhere are getting a bit stir crazy for some more music. With no new album on the near horizon, it's safe to say that all we have to hold onto are the incredible songs of the past. Here are a few 1D tunes that should fill that empty space in your heart, where Niall, Harry, Liam, Louis and Zayn (RIP) belong. Let's reminisce about all of the good times we've had with our favorite boy band in the world.

"Tell me I'm a screw-up mess, that I never listen."

A bop from their first record, this upbeat tune was originally made by Kelly Clarkson, but instead she let the boys have it (God bless your kind soul, Kelly Clarkson).

"But you've got stars they're in your eyes, and I've got something missing tonight."

From their latest album, this song gives off a Fleetwood Mac vibe. With smooth synthetic notes, this song stuck out, maturing the band's sound.

"We'll still stay out 'til morning, we'll throw the after party."

The song that literally threw everyone off (it basically sounds like a pirate jingle). This is a great tune to jam to alone in your room or in your car. Really, it's just a darn great song in general.

"Break these clocks, forget about time. There could be World War III going on outside."

This is a great song to reflect on because it shows just how far they've come along with their music career. They went from bubblegum pop jams to songs with influential lyrics and it has been amazing to see them mature (and grow up, they're a man-band now).

"I never understood what love was really like, but I felt it for the first time looking in your eyes."

With swoon-worthy lyrics, this song connected with the crowd. Despite it being a cheesy song about love, people reacted positively to it LIVE when they performed it for their tour.

"My heart, your heart, sit tight like book ends, pages between us written with no end."

This was one of the first times that we really got to see the bands' emotional side. With tear-jerking lyrics and mind-blowing bass drops, this song was easily a fan favorite off their third album.

"Some day, you're gonna see the things that I see."

One Direction was absolutley genius for choosing this as their opening song for their On The Road Again Tour. As the opening notes roared into the stadium, fog shot out everywhere as they made their way onto the stage. (To say it was 'hype' is truly and understatement).

"I know your heart's been broken, but don't you give up."

Stand Up is one of those songs that has some of the most purest lyrics, but also some of the catchiest beats. Coming from their debut album, this tune always got the crowd jumping and off their feet when they played it live.

"If you give in tonight, just let me set you free."

From high note to guitar riffs, this song is just over all well rounded. Coming from their third album, this was a great bop to show the boys' vocal ranges and their singing capabilities. It's also catchy as heck (But I mean all their songs are).

"These shades can I hide us from the street yeah, one weekend I promise that I'll never tell"

This was a great song to come across because despite being from their fourth album, it showed that One Direction can still stick to their roots and throw in some pop to their new music.

Just by the opening notes you already know this song is going to hit you in the feels. From Louis' angelic voice to Harry's gruff tone, 18 is the jam to listen to when you're in the mood for a little cry.

"Lying on the beach as the sun blew out"

A.K.A. the song that made us realize that One Direction weren't teenagers anymore (look up lyrics with caution). Littered with suggestive innuendos, this tune will definitely get your engine revving.

This tune gave us a taste of One Direction's indie/folk side. The ballad has soft guitars playing in the background, making it the perfect song to drive to with the windows down.

"Unforgettable together, held the whole world in our hands."

Written by Louis Tomlinson himself, this song is emotional from start to end. (Can we also talk about that high note that Louis hits? Wow.)

"If this room was burning, I wouldn't even notice."

The most underrated song off any album. One Direction really brought their "A game" with tune, especially when they performed it live. With an EDM vibe, this song was one of the best bass drops I've ever experienced in my young adult life.