To My Little Brother: Please Unblock Me On Instagram

To My Little Brother: Please Unblock Me On Instagram

You leave me no choice. 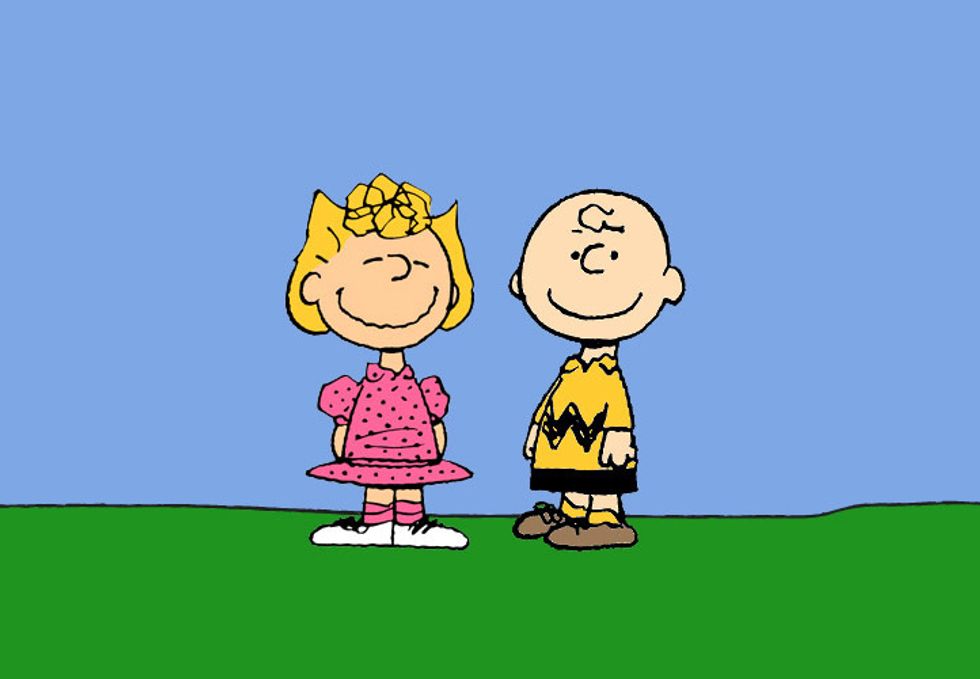 After months of texting you, complaining to mom and dad, and begging you in person, I have finally decided to turn to a bigger platform to ask you, once again, to unblock me on Instagram.

We've known each other for nearly sixteen years, and by now, I like to think that I know how you work and think. And, I absolutely get it - you're a funny guy (but don't let that go to your head, I'm still funnier than you). We both know that initially, you blocked me because you were most likely annoyed with me. However as the days and weeks went on, and as I asked you more and more to let me follow you, we both know that you turned this into a game.

See, you think that this is hilarious. At this point, it doesn't really matter what I did that led you to block me. Now, it is really only about you making a point and keeping up with the game; it is only a bonus that you can see that this brings me extreme frustration. Yet, I do applaud you for keeping this going for this long, I honestly underestimated your dedication.

But, as you know, I am tremendously stubborn and I will not stop bugging you until you finally push "unblock."

So, to persuade you into granting me access to viewing your Instagram page, let me take you back to all of our wonderful memories together (in which I remember constantly being a kind, angel-like, mentor-type, practically perfect in every way big sister. And in no way at all is this an over-exaggeration or fabrication, whatsoever).

Let's talk about our talks regarding pop culture, specifically animated TV shows. First of all, I need to thank you for making me start watching the fantastic show that is Rick and Morty. I can't tell you how many times I have watched this show to destress in college or to just simply be entertained. However, watching the show isn't really the same without you there. I miss your impression of Rick, which is really just you burping (it's still spot on though), and muttering "Morty." Then you making me respond with "aw jeez" in a classic Morty fashion. I swear, whenever I watch the show now, I have this empty feeling inside. I also miss just making random references with you. Whether it be "hey dad, that's a cool WHip" from Family Guy, "Marge, what are you doing on the roof at 3 A.M. Shouldn't you be baking?" from the Simpsons, or just the classic "OooooOOOOOooHHHhhhHH" from Regular Show, I have to say you're my favorite person to watch animated TV with.

I also gotta say that, although I definitely didn't act like it, I miss being your chauffeur. I really did enjoy listening to good music with you on the way home from school, even though you would hilariously object to constantly listening to Skinny Love by Bon Iver or Cigarette Daydreams by Cage the Elephant. It was in those moments that I found out that one of your favorite songs is "Piano Man" by Billy Joel, given that whenever it turned you would turn up the volume to the highest setting it could go to. It was also in those moments where I discovered how funny you actually are, considering you always had comebacks to my sometimes snarky comments.

If I haven't convinced you enough yet with my corny, sentimental letter, let me just let you know that I understand where you are coming from. Contrary to my own, strong beliefs and convictions, I know that I wasn't a perfect older sister. Our age difference made it difficult for us to relate to one another, especially as I entered middle school and high school and you were still in elementary school. Of course, as I was going through a phase of ~pre-teenage angst~ I acted as an older sister who thought that she was too cool to hang out with her little brother (who, by the way, was actually super cool).

Now that I am a super knowledgable and wise adult, I realize that you are extremely cool and that I love to hang out with you. But now, you're going to be sixteen (which is really weird because I keep forgetting that you're not like eight years old and that you're way taller than me) and you probably, for the time being, won't really want to hang with your older sister. Honestly, I totally understand, because I too, went through a time like that. You're in high school, starting to drive and probably feel like the coolest kid on the block (and you should). So, I get why spending time with your older sister might not be the coolest thing to do.

Although you may not want to hang out with me as much (and let me just let you know that despite this, I still love you), please just grant me my one wish: unblock me from Instagram.

Or I'm telling mom and dad.