It is shameful that so many people are angry about a CUP. 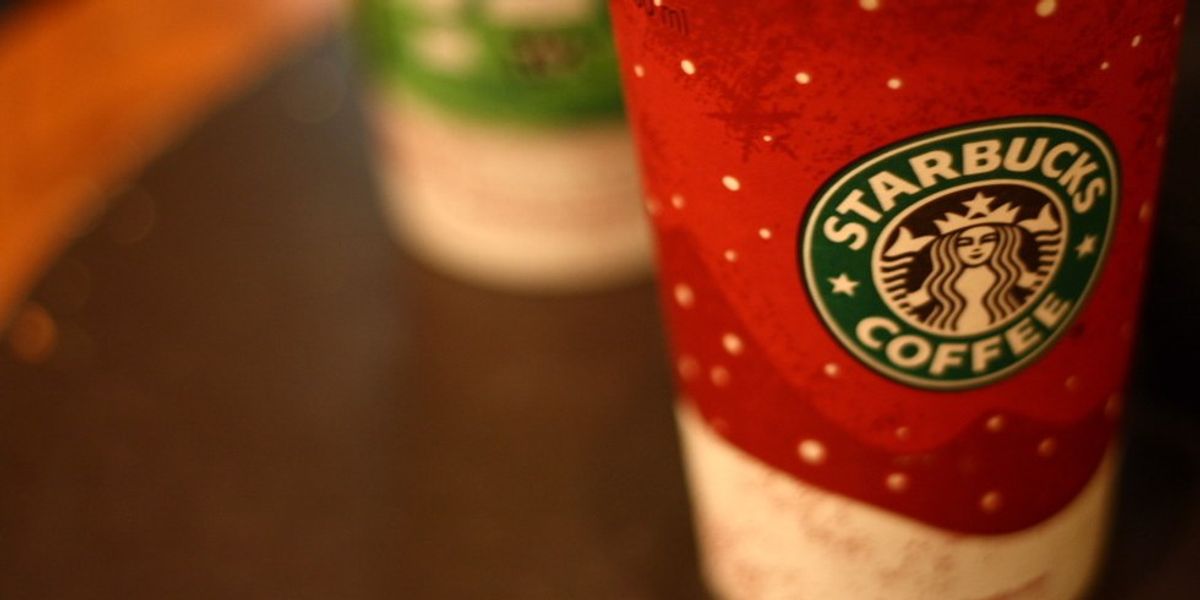 On November 1st, Starbucks CEO Howard Schultz announced the design for the 2016 holiday cups. The cup is green and features a drawing of over 100 people drawn together with on continuous line. He said that it is a reminder of our “shared values and the need to be good to each other.” Despite his best efforts, people were still enraged.
You probably remember the similar issue from last year, when customers were angry about the cup design. The cups were red with no holiday design, like reindeer and ornaments that were featured in the past years. People freaked out, saying that Starbucks was taking the Christmas holiday away from the season.

Some people are having the same reaction to this year’s cup, as well. They are still angry that there are no holiday images, and that of all the faces drawn on the cup, none are “Santa or Jesus.” People still believe that Starbucks is starting some type of war on Christmas.

Then, on November 10th, the red holiday cups were released in stores. There are 13 different red cups with white designs, designed by customers through a contest. Sharon Rothstein, Starbucks global chief marketing officer, said, “We hope that this year’s red holiday cup designs express the shared spirit of the holidays as told by our customers." But, again, some people are angry that the cups do not explicitly say "Merry Christmas" or even "Happy Holidays" at the least.

The uproar over the Starbucks cups is shameful. Why have we, as a group, decided that the color and design of a cup is the most important issue of today? Sure, when our opinions and beliefs are challenged, we often lash out. But Starbucks’ choice is theirs, and it is a brave choice.

Starbucks supposed reason over the past 2 years to change their cup designs was to be all-inclusive. December is not just a special month for Catholics-Jewish people celebrate Hanukkah, Muslims have some special holy days, Kwanzaa begins, and even Zoroastrians have special days in December. Starbucks has sent a bold message with just a simple cup-that we all are the same, though we celebrate our own holidays. Anyone who is pro-religious freedom but is against the Starbucks holiday cup needs to reevaluate their ideas.

People act like they are not just going to throw their Starbucks cup away when they are done. If it is that much of a problem for you, either bring your own reusable cup or do not purchase from Starbucks-nobody said you have to buy their coffee!

Emma Hyatt
495
The Truth About My Parents' Divorce

As A Black Girl, People Treat You Different As You Change Your Hair