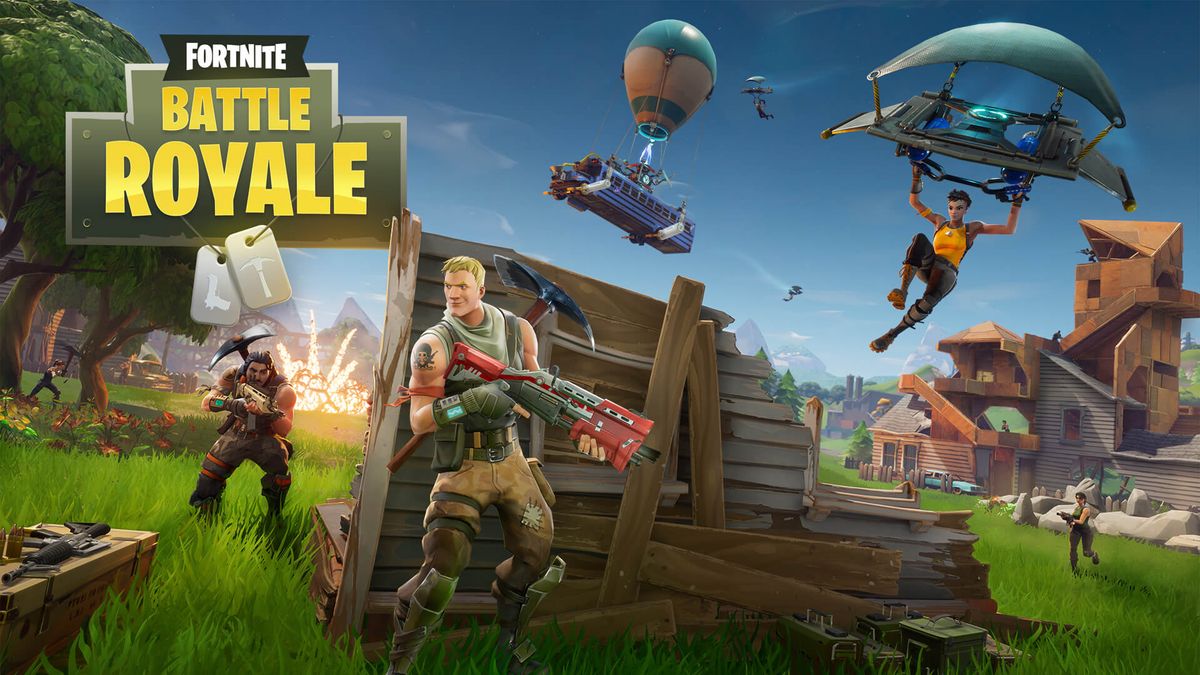 "Fortnite: Battle Royal" is a great game to play with friends or alone and is especially fun when you win. However, if you get eliminated early on in every single round the game can become extremely frustrating. To prevent the pain of losing another game, just remember these few tips.

Try landing in tilted towers or other popular landing zones to improve your basic skills. When you land there be sure to practice the other strategies consistently to perfect your battle royale proficiency.

Especially when approaching buildings, structures corners that are difficult to see around. Know that crouching without running is the quietest while running while standing is the loudest form of movement. Take the extra time to move slowly to avoid detection and listen out for footsteps of other players.

Where are we dropping? Perhaps the most interesting part of the game is leaping off the party bus to descend towards the ground. Knowing where to land is a very important part of the game. A recent update included a path shown on the map prior to the game beginning. Finding a place with enough resources that people are less likely to go to will help you survive the early stages of the game and prevent the helpless frustration of being eliminated right as you touch down.

This is probably one of the most important factors that go into winning a match. Check out this list for a better description of landing zones that I have personally tested and used just about every time I play the game.

If all you have is a pump-action shotgun and a revolver, you stand no chance in even a small skirmish. Keep searching around for additional loot no matter how far into the game you are. Even extra ammo can bridge the gap between epic defeat and victory royale.

5. Best defense is a good offense, plus a little patience.

Be aggressive in one on one encounters if you have already been detected. If not, keep quiet and wait till your opponent is distracted, then take them out as fast and aggressively as you can. Every time I have won a game, I did it by sneaking up on the last player after they have eliminated another opponent. This is when they are distracted, weak and easy to get.

SEE ALSO: 7 A+ Games To Play When You're Bored Out Of Your Mind

Aim for low points in the land to have your glider deploy later in order to reach the ground as fast as possible, then steer towards a higher point.

The thing that makes Fortnite different from other survival battle games, is the ability to create structures. Building your fortress multiple layers deep, using ramps and multiple materials.

The weapons system is fairly simple in Fortnite. The color order for the rarity of weapons is similar to other games, starting with grey as the most common then increasing in rarity going to green, blue, purple and finally, the legendary gold weapons. A rarer weapon will grant you more damage as well as a faster rate of fire and higher capacity. GameSkinny has an excellent in-depth explanation of how the weapons system works in the game.

Just like any video game, having the settings different than what you're used to can make a difference in your performance. Be sure to adjust brightness, sensitivity, screen boundaries and stick layout.

Know what path you will take once you land to outrun the storm. Try to avoid paths that go near populated and open areas that could potentially have other players hiding in waiting to attack someone passing by.

11. Try out other techniques.

There's no one right way to play the game. Find out which strategies work best with your playing style and try new things. You could jump right when the bus doors open to reach the ground before anyone else, or wait until the last second and open your chute immediately and wait to see where the storm forms before you decide on a place to land.