Tips for Cosplay and Con Newbies

Tips for Cosplay and Con Newbies 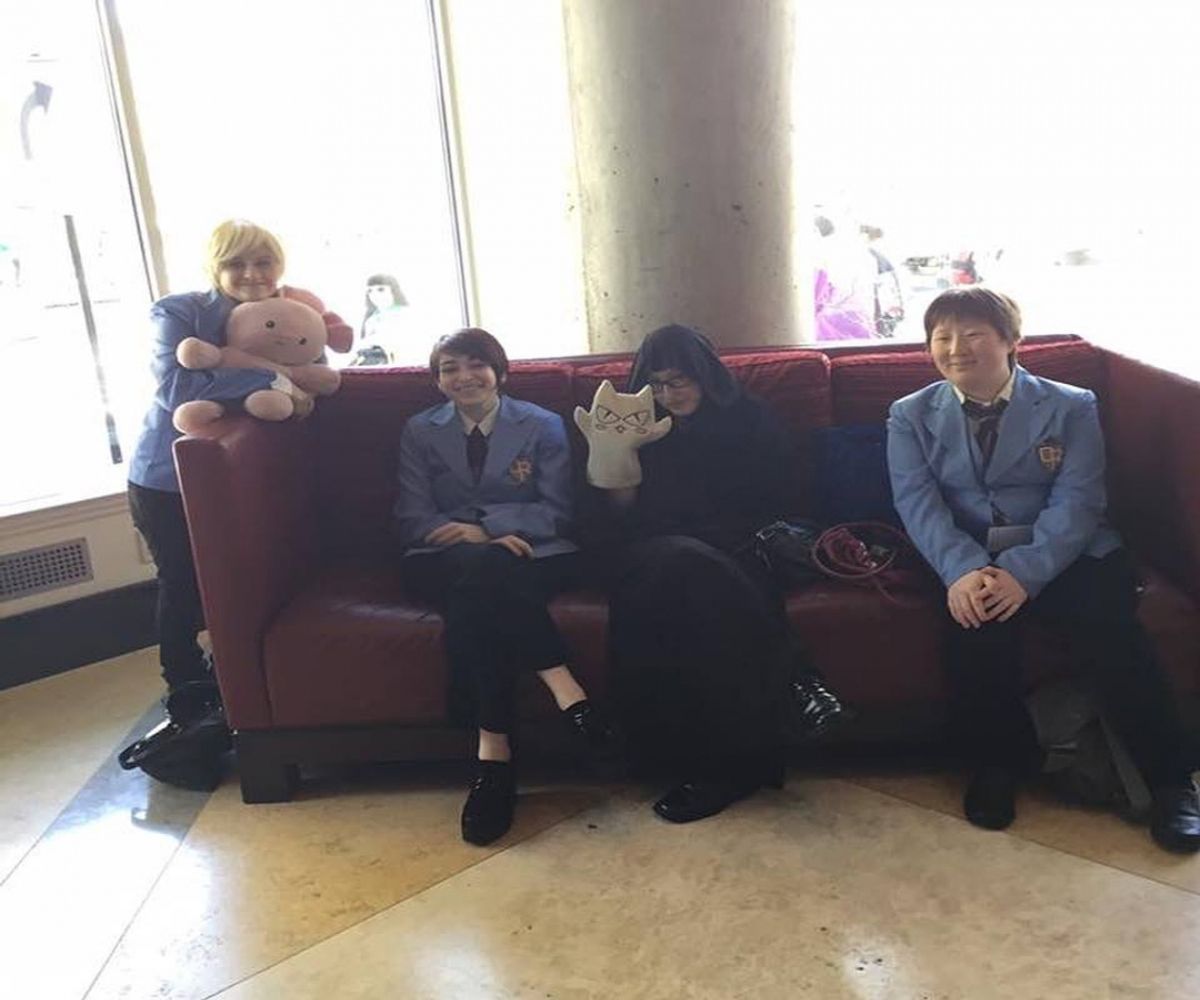 Photo courtesy of the author

(*** definitions from the Internet and Miriam Webster, for those of you who don't know what the words mean:

Cosplay: (v.) the activity or practice of dressing up as a character from a work of fiction (such as a comic book, video game, or television show). Especially pertains to anime or manga.

Conventions/Cons: An anime convention is an event or gathering with a primary focus on anime, manga and Japanese culture. A con is not usually completely limited to these categories, and other fandoms such as DC and Marvel or video game franchises are often present. ***)

In the past few years, I have fostered a bit of an obsession with anime and cosplay. Before one of my best friends first introduced me to "Fullmetal Alchemist", I didn't quite get what anime was, let alone watch any of it (unless you count "Avatar: the Last Airbender", which everyone I knew watched anyway). Thanks to this friend, a new friend with a wonderfully prominent anime appreciation, and way too much time on my hands, I now have what I consider to be a decent knowledge of anime and its fandoms. I have watched 10 anime series and 3 full-length anime films in the past year, which, for a college student, is quite a lot. However, it was only during the month of April that I finally reached a milestone in my nerdiness- going to a convention. So, for my article this week, I have decided to share with you what I have learned about cosplay and conventions.

If you want to go to a convention but don't have a costume, never fear. There are a ton of people who go just for the experience, so you won't be left out. First-timers sometimes like to observe the atmosphere and other cosplayers before trying their hand at cosplay themselves.

It's good to know what character you want to portray, preferably, a few months ahead of time. Create a budget and have your costume ready early. Leaving it to the last minute will only stress you out.

3. Know what you are willing to spend on your cosplay.

Some characters have costumes made specifically for them (Harley Quinn cosplayers, for example, can easily find a complete costume). However, going this route may be more expensive. A cheaper option is , or making or constructing parts of your costume on your own. Sometimes, you can use pieces of clothing you already own and make your own adaptations to them.

4. Know about the con you are attending.

How far away is it? Some cons are a drive away, while others require a flight or hours-long trip. Cons last a few days, so if you are going to one that is farther away, you'll need to book a hotel room. How much does admission cost? These are two vital pieces of information to know ahead of time. If you are tight on money, then a local convention may be the way to go so you can save on travel expenses. In the same way...

5. If it's your first time, go with friends.

Huge crowds at conventions are inevitable. Of course, different conventions have different numbers of people in attendance, but it's a crowd nonetheless. Having at least one friend with you guarantees that you won't have to navigate the sea of people alone and can help you with any social anxiety.

6. Try a group cosplay to test the waters.

It's nerve-wracking enough to be in a crowd of people, but try being in a crowd of people while in costume. Even though there are countless others dressed up too, you can still feel super self-conscious and like you stand out too much. Group cosplays help with this. It makes you feel like you are a part of something and less like you are being singled out. Some good group cosplay ideas are the Crystal Gems from Steven Universe and Marvel and DC superheroes and supervillains.

While it is important to be friendly with your fellow con-goers, there are some things to remember. First, never give out your address or personal information to someone you don't know well or just met. Second, maintain boundaries. It's a rule of thumb not to hug or touch someone without their consent. This ensures that everyone feels like they are in a safe environment where they are respected.

8. Do NOT, I repeat, DO NOT trash talk another person's costume or fandom.

Don't be that person that makes fun of another person for what he or she is wearing or is a fan of. No one likes that person. It takes enough courage to put on a costume and walk around in public with people staring, so just respect that fact and move on.

This is extremely important. You are going to be at the convention for a few days and for hours upon hours each day. Of course, there are things that you will need if you are going to be out for the entire day. Pack a bag with water, money, your ID (as some events are 18+ or 21+), the convention's pamphlet and map, toiletries, any medications you take, aspirin, your phone and a charger, and any makeup or costume items you may need to bring along. Trust me, you'll most likely need all of it at some point.

10. Make the most of your experience.

There are countless events, panels, and shows at conventions, so make it your mission to go to as many as you can. Find a schedule of events once you arrive, and circle events that you are interested in going to. At my first convention, scheduled was a Masquerade, Cosplay Burlesque, a screening of the first two episodes of the anime Yuri on Ice, a karaoke contest, and a dance. There will most likely be a dealer room at the convention too, which is a room with stands and shops that sell clothes, accessories, plushies, art, and more. In addition to filling up your schedule, make sure to take pictures or get pictures taken of you and your favorite character together, and of course, of your own cosplay.

You don't have to be a die-hard fan to go to a convention, but I can't guarantee that you won't leave as one. It's an incredible time, and I highly recommend checking it out.