Is Tik Tok the New Vine?

Millennials LOVED Vine, There's No Reason For Them To Be Skeptical Of Tik Tok

Recently, the video-sharing app Tik Tok has been gaining popularity among Gen Z kids. Why are Millennials wary towards this app, which produces content similar to that of the beloved late Vine? 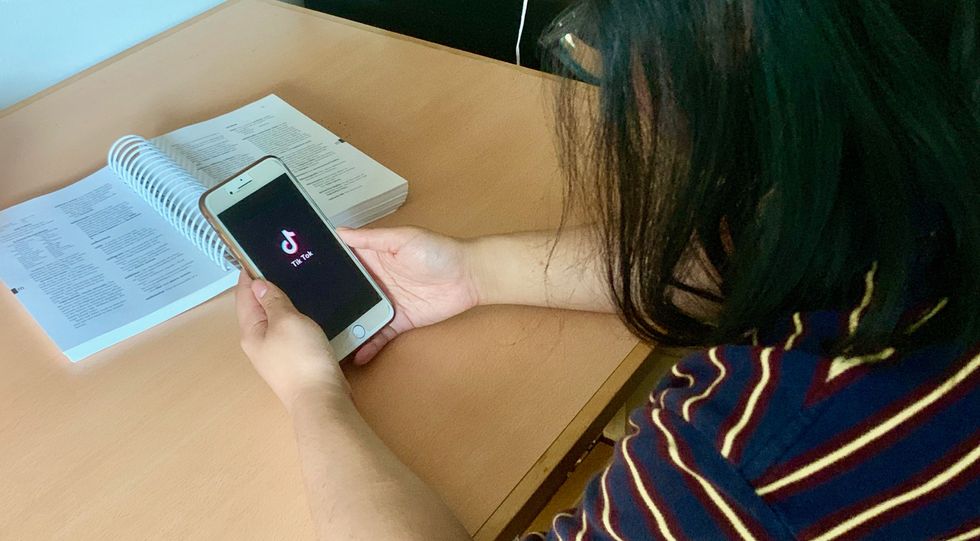 Millennials, people born approximately between the years of 1981 and 1996, grew up in an era of rapidly evolving technology. Many millennials feel as if they were literally raised on the internet. Millennials who grew up in the United States share common memories of Youtube before ads, Instagram's first (and uglier) icon, and a time when taxi cabs outnumbered Uber drivers.

Vine was one of the most popular apps during the late childhood and adolescence of Millennials. The app was originally intended to be used for artistic purposes, but comedy ultimately overcame this original use. Vine, released in 2013, grew quickly, reaching its peak between the years 2014 and 2015. This success was short-lived, as we all know, and Vine was taken down in 2016 due to financial issues. The famous viners were scattered to the wind, many of them creating Youtube channels in order to hold viewership.

While Vine was dying, an app called Musical.ly was on the rise. Many Millennials had become invested in the lives of their Vine-turned-Youtuber personalities or were too busy with school or work to be interested in this new app. Gen Z, people born in the early 2000s, gained interest in this new app, in which users lip-sync to downloaded songs. Like Vine, Musical.ly gave birth to a new generation of influencers, like Jacob Sartorius and Loren Gray.

It's no lie that many people looked down on Musical.ly. Not only did the app produce a lot of cringe-worthy content, Millennials simply didn't understand the point of the app, as users weren't able to create original content. While Gen Z kids pounced on this new app, millennials wept over compilations of archived vines with titles like, "Vines That Keep Me From Ending It All," and "Rare Vines to Show Your Crush." Rumors of a "Vine 2" were spread across the internet, but there's been no progress made on the second coming of the video-making app.

On November 9th, 2017, Chinese internet technology company Bytedance bought Musical.ly for $1 billion dollars and merged the app with Tik Tok, an almost identical platform that had shown success in the Chinese market. Tik Tok began to gain popularity with Americans, particularly among teens and young adults interested in cosplay.

The app's users recently have been producing content similar to vines. The users have been breaking away from the typical lip-synch platform, and begun to produce short, funny, and unexplainable videos that emulate "vine energy."

So, will Tik Tok become Gen Z's vine? This has been disputed. Many TikTok-ers have amassed large followings and fanbases, similar to that of popular viners back in the day. The app itself is easier to navigate than Vine, as you can view the content of a user in a grid, similar to Instagram. But many millennials feel as though nothing can ever replace Vine, especially not this weird Musical.ly replacement.

For now, Tik Tok is viewed in a mainly negative light by most millennials, which is understandable. Tik Tok gained fame when multiple youtube commentators like Cody Ko and Kurtis Conner critiqued the cringe-y content posted on the app. Tik Tok "cringe compilations" also go viral on the regular.

Over time, the older generation will probably come around to the app. Some Tik Toks that have gone viral have been held in favor by the masses and compared to vines. With the financial backing that Tik Tok has from tech giant Bytedance, it is certain to say that this short-video app will definitely last longer than Vine's 3-year life span.