Like most women, she want's answers and if she doesn't get what she wants, then she can proudly pick herself up for something better and I think this is an excellent reminder to all young woman. 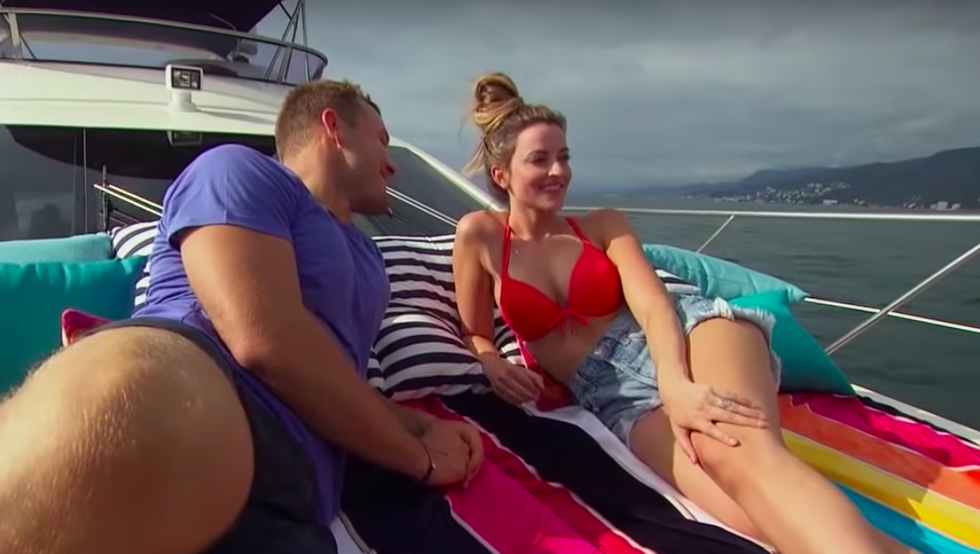 So for those of you who prefer to not watch shows such as the ones produced under the reality television cloud of the Bachelor universe, you may not know who or what is even going on on Bachelor in Paradise right now.

So here I am to fill you in on an actual person who is actually one of the first relatable women I've actually ever seen on the show. Even though I've only been watching The Bachelor series for a short time, I'm very impressed with one of the women on the show, Tia.

Tia is a physical therapist from a small town, Weiner (yes, that's the name), Arkansas. She originally started on a most recent season of The Bachelor and was returned to Bachelor In Paradise most likely because she's just very likable and like most women on the show, ready to love.

However, she has someone in mind specifically unlike the rest of the cast.

Hoping to see a former flame, Colton, whom she had dated before his season on The Bachelorette, she wants to finish out her unfinished business. She either wants to get back on track of starting a serious, committed relationship or move on with another one of the hunky guys on the island. However, Tia doesn't get direct answers from Colton and realizes she needs to confront him.

No one really asked for a love triangle involving Tia, Colton, and Chris but the entire episode really spoke of how people should make their feelings clear so no one gets led astray. I felt like this is definitely a significant subject especially in our college age of casual hookups with "no feelings" and ghosting. If you don't get the memo of what the relationship is defined as or where it is going, you can really get your feelings hurt.

Tia started with beating around the bush with the subject of Colton and wanting to start a serious relationship, but eventually went and made her feelings clear. "I'm not your first choice, I don't want to be a second choice," she independently voices to Colton explaining how she wanted his feelings to be clear with her.

Tia ultimately turns to give her rose to other love interest Chris after many other people voiced that what Colton was doing was wrong and selfish. I strongly agree that it would have been better for Colton to just openly voice his feelings on what he wanted with Tia from the beginning and I applaud her for finally standing up for herself.

Like most women, she want's answers and if she doesn't get what she wants, then she can proudly pick herself up for something better and I think this is an excellent reminder to all young woman.

If a guy is leading you on in the direction you don't want or is sending mixed signals, confront the situation. If there is no resolution from there, move on.

I look forward to the situation of Tia moving on with Chris but I feel like the idea of a love triangle is overplayed to this point. If Tia and Colton have different paths, let them move on. However, Tia is still memorable for believing in herself and voicing her true feelings in the end.

bachelor in paradise
Report this Content
This article has not been reviewed by Odyssey HQ and solely reflects the ideas and opinions of the creator.