My Thoughts On The Nintendo Switch 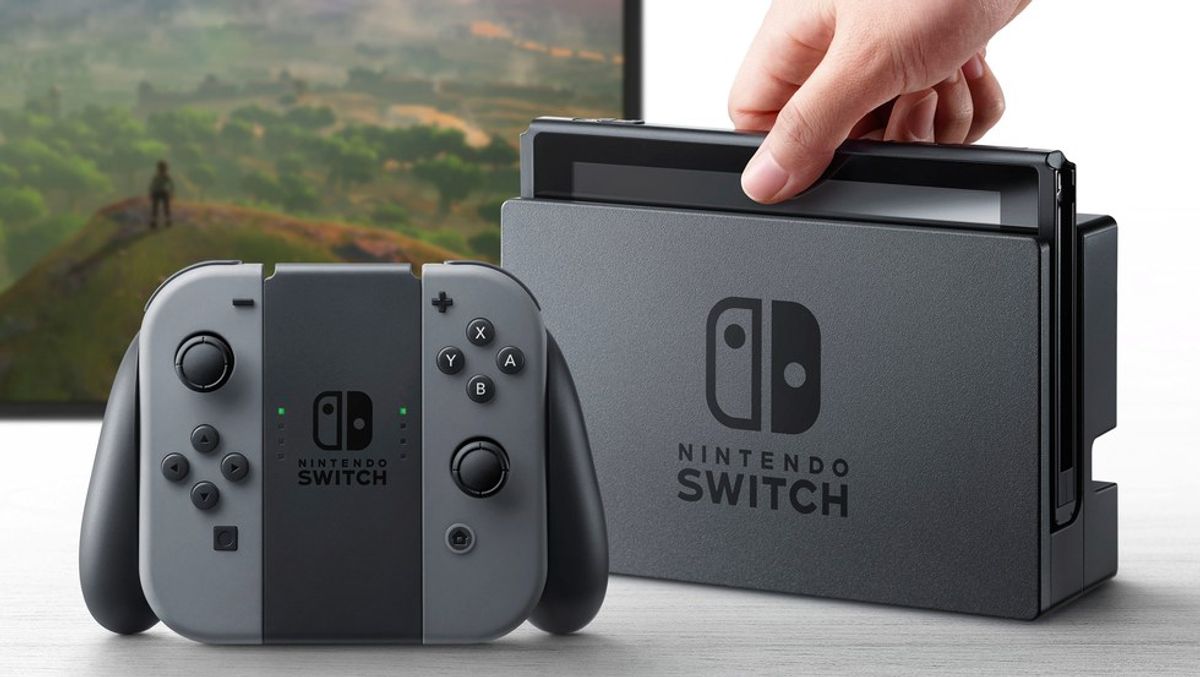 Only a few days ago, Nintendo announced the next iteration of their console, the Nintendo Switch. While we won't know until next year if it's any good, it sure has brought on the hype. It's another big step for the gaming giant, with an obvious emphasis on portability. If you haven't seen the trailer yet (watch it here), the console is basically a tablet that you can dock and plug into your tv, or bring around on your travels, as the airplane passenger in the video presents.

The Switch has lots of nifty accessories, such as two remote-like controllers that can be held similar to Wii controllers (without the motion control), connected together into one larger controller, or used as two separate controllers for split-screen play. It also features a little kickstand on the back, and a traditional controller as well. Unfortunately, well-off, diverse friends who invite you to rooftop parties aren't a part of the package (just watch the video).

Ok, Nintendo, we've seen this all before. It's basically your job to have unorthodox controllers (see: every Nintendo controller in existence). That's nothing new. Their direction on the console, however, is very intriguing. It's less of a traditional console, and more of a jacked-up 3DS.

Nintendo knows its way around handhelds. The Gameboy and DS lines have dominated in every aspect, beating out all competitors. While they haven't made a conventional console for core gamers in the past few years, they have created, and own, the market in handheld gaming. So what better way to continue the success by making your flagship console as portable as you can make it? It's definitely their main selling point. I don't expect it to be packing the biggest and best in hardware, and its design doesn't cater well to many AAA games. But Nintendo has never done that. They excel in party games and through a treasure trove of handheld games, which are all well featured in the Switch.

In fact, this might be the time for Nintendo to bring their star in handheld gaming onto the big screen. Pokemon has long been the reason many buy the next version of the DS. Fans have always been asking for a console version of Pokemon, and every year, hopes are dashed. But this would be the perfect time to release it. Alongside console favorites like Zelda and Mario, Pokemon would surely boost sales in a time where Nintendo is really falling behind.

But it's not all hype and fanboying. There are some genuine concerns about how this will all turn out. While battery life has been marvelous in the DS, the switch will be packing a bigger punch, and the battery needs to keep up with the blows to make this console viable. Although the Switch is drawing the attention of many gamers, it may end up being "gimmicky" to more mainstream consumers. The Wii hit the gold mine with basically everyone; the Wii U, not so much. With a console that has lots of games the whole family can play, the entire functionality of the console may leave less tech-savvy parents buying a more traditional console. And even though the reveal video featured some guys playing NBA 2K, the game itself isn't confirmed yet for the system. Without appeal to casual sports gamers, core AAA consumers, and even some families, it seems like Nintendo's attempt to bring their system everywhere might leave it in the hands of a select few.

Overall, it's a really bold move by Nintendo. I expected nothing less from them, yet I'm still happily surprised. As more details come up, especially a price range, this could be Nintendo's return to form, or another failed, yet well-intentioned attempt at making gamers change it up. But who knows? With VR on the rise, gamers have committed to trying new things out, and they might just be ready to make a Switch.