Some Thoughts on The Flash, "Infantino Street"
Odyssey
CurrentlySwoonLifestyleHealth & WellnessStudent LifeContent InspirationEntertainmentPolitics and ActivismSportsAdulting
About usAdvertiseTermsPrivacyDMCAContact us
® 2023 ODYSSEY
Welcome back
Sign in to comment to your favorite stories, participate in your community and interact with your friends
or
LOG IN WITH FACEBOOK
No account? Create one
Start writing a post
Entertainment

Some Thoughts on The Flash, "Infantino Street"

The newest episode speed up the stakes of the show. 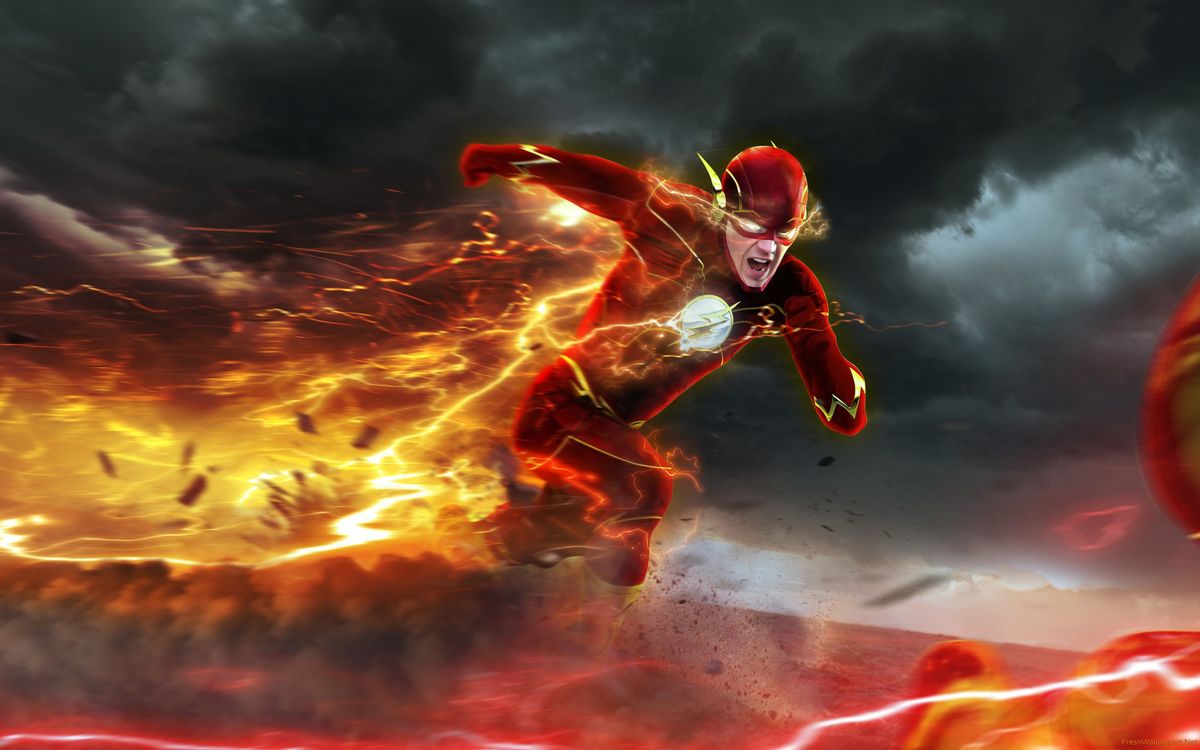 CW's The Flash has been running for three years now, and with the end of the third season rolling around, things have started to amp up in terms of stakes, storytelling, and delivery. After just witnessing Infantino Street, episode 22 in this third season, there were some things that I felt I just had to talk about. So, if you aren't caught up on The Flash, spoilers ahead.

Infantino Street, the episode that just aired as I'm writing this, is the penultimate episode in which the future vision of Iris(Candance Patton), Barry(Grant Gustin)'s fiance, dying at the hand of the season's villain, Savatar, is upon the heroes. Since the introduction of this future vision, I was doubtful of the show actually going through on this idea. From a structural perspective, introducing the idea of Iris's death was a very interesting way of upping the stakes in terms of this villain. One of the problems I had with the previous seasons of The Flash(even though I love them) was that the villains started off as being terrifying, but started to weaken in terms of stakes as the season continued. Having the stakes upped this late in the season was a good structural choice.

However, when in the beginning of Season 3B the plot line of trying to save Iris from Savitar was first introduced, I was skeptical. I thought surely, especially with this preemptive knowledge, that Iris's death was going to be avoided. It didn't seem like the type of direction the show was going. The show, though killing off several characters, has never killed of one of the members of "Team Flash." The closest was Eddy Thawne(Rick Cosnett) at the end of season one. So when the show did kill off Iris in this latest episode, it was a massive shock. Literally, I was sitting on my couch with my mouth dropped. Which is a massive reaction to get from an audience, especially with a show that I have been able to call most of the plot twists. I think the beauty of this choice was not that it was a plot twist, but rather that they told you it was going to happen, but the we(the audience) was in denial.

Now that I've kind of established my thoughts on the plot, I wanted to talk a little bit about Iris's death as a whole. As I said, I think Iris's death was a very interesting choice. First I want to talk about it from a character perspective. It's quite obvious that Iris's death was mostly a plot point for the people around Iris--Barry, Joe(Jesse L. Martin), and Wally(Keiynan Lonsdale). However, I do applaud the show writers for giving Iris some degree of an arc after learning that her death was ahead. She had this arc of accepting her own death that may not have been fully fleshed but was present. Therefore, her death was--more or less--a smart choice for her character. Though it may not have been a natural end for her character, I don't think it was meant to. Her life ended way before it should have, and therefore her character never quite felt complete.

From a story perspective, Iris's death does a very good job of upping the stakes of both the season and the show as a hold. This shows that the show is willing to kill off almost anybody. That is a very big thing. It makes the threats more real, and really brings up the tension in the show as a whole.

Overall, this episode of The Flash did an excellent job of mixing up the expected. As a viewer, I was getting a little bored of the plot twists of the show, but this episode did make me appreciate where the show is heading. Even though I don't hate Iris as a character at all, I think her death has done some good for the show, and I look forward to seeing next week's episode.

Nicole Marie Nigro
Individual Creator
9261
c1.staticflickr.com
Where to start...... Let me start with the cliche that life throws us curveballs and what we do with it is what counts.