This Witch Is Not Happy With J.K. Rowling
Odyssey

This Witch Is Not Happy With J.K. Rowling

J.K. Rowling created a Wizarding World, but doesn't care about the real thing. 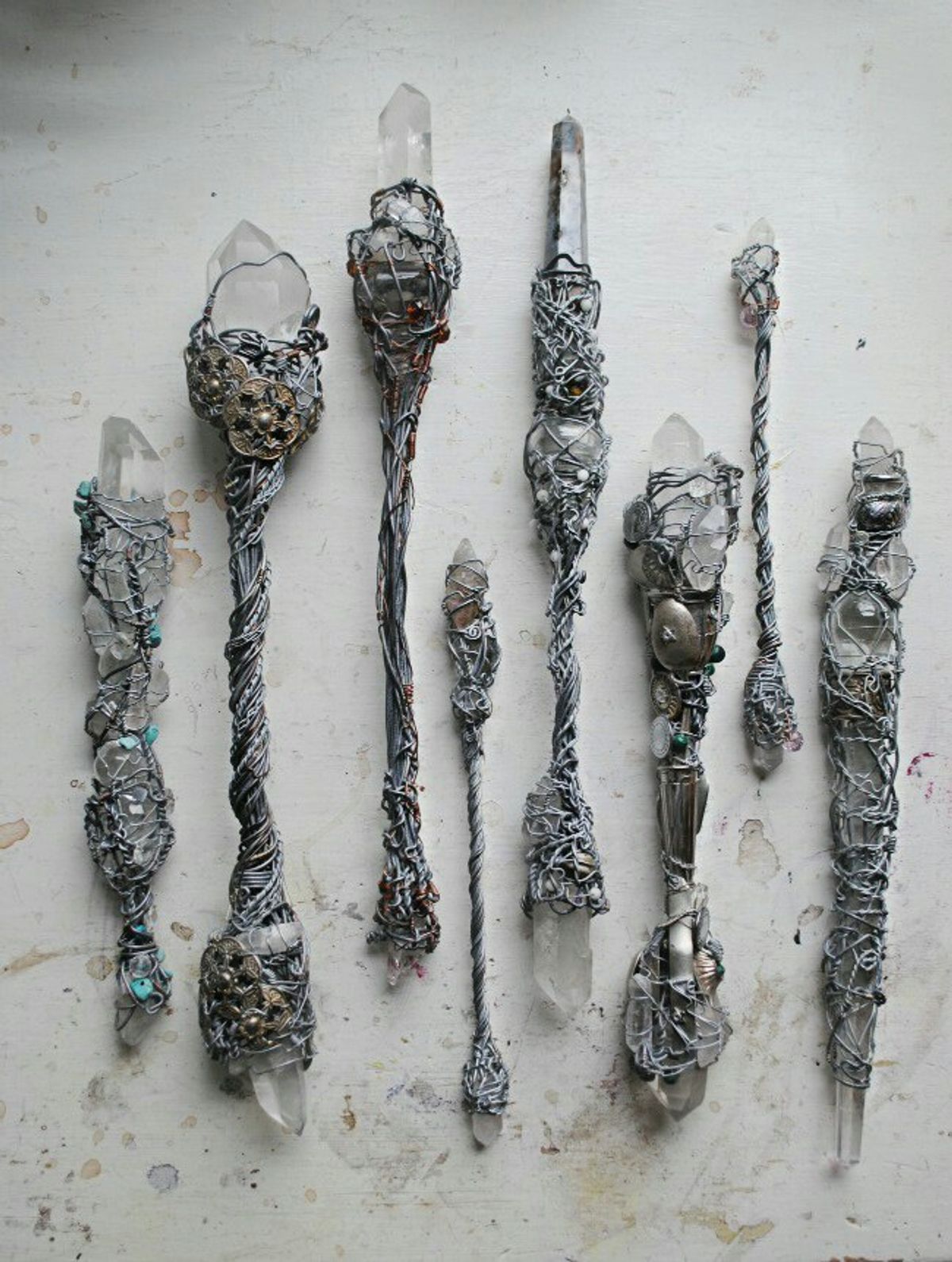 Every millennial has grown up with some kind of influence from the books written by J.K. Rowling and the movies that spawned from them; I can remember watching “Harry Potter and the Sorcerer’s Stone” on my couch as a five year old and being terrified as Professor Sprout pulled the screeching mandrake out of the pot. Even though I’ve never read the books—not from lack of interest, but because I was busy filling my head with other fantastical books—I have always felt I had an affinity with the stories that Warner Bros. brought to the silver screen. In Elementary school I went to Harry Potter camp in the summer where we received a letter from Hogwarts informing us of our acceptance, and were “sorted” by a sorting hat that one of the counselors—fully bedecked in robes—would proudly proclaim our house. I was placed in Gryffindor—though my house now is Ravenclaw—and we would create “potions”, bottle rockets, and play a child-safe version of Quidditch. At the end of the season we would watch the latest of the magical movies that came out.

As you can imagine, Harry Potter had a pretty big influence on my life, and was part of the reason why I became interested in witchcraft, and almost a decade later, I have converted to Paganism and I’m a practicing witch—though the magic in Harry Potter has nothing to do with any kind of religion and Rowling has even said that the attendees of Hogwarts are free to practice any religion they wish. I have been a big supporter of Rowling and her BAMF attitude towards anyone who ridicules her or her fans—the Potterheads. She’s created strong characters that can be an amazing influence on the readers of her books; the female characters are independent and don’t need to rely on anyone else, while the men are strong without being the typical athletic representation of men today.

When I saw an article from The Guardian mentioning a recent spat between Potterheads and a member of the Pagan community I was shocked and obviously had to know more. The article said that the owner of a Pagan shop in England had “banned” fans of Harry Potter from his store because they wanted to purchase wands.

Richard Carter, the owner of Mystical Moments—the mom and pop shop in question—said, “I have nothing against Harry Potter and actually liked the films. The wands I make, though, whether you believe it or not, are real and spiritual. If a Harry Potter fan came to the shop, whether they would be able to buy a wand would depend on why they want one. If for a toy, then no, but if they had watched Harry Potter and been inspired to start their own spiritual journey, then yes."

From the point of view of a Pagan I think his response was very well-articulated and totally understandable. Wands are basically a conduit for the magic that is produced during a ritual or religious ceremony and hold their own innate power themselves that mingled together is a heady combination. Though I personally don’t practice with a wand, I know many Pagans of all denominations that do, and have a singular relationship with their wand. To wand users it is not a toy and it isn’t child’s play; their wand is to be respected just as they are, and treated with reverence.

So this is why I was crushed when J.K. Rowling decided to join the controversy.

“Oh yeah? Well, I don’t think they’re real wands,” the successful writer tweeted on August 14th. My mouth hit the floor when I read this and I immediately went to my lovely suitemates Holly and Marley to inform them of my upset and heartbreak; for an immeasurable amount of time after, we discussed what this meant.

The response is shockingly childish for someone, let alone a writer of an impressively popular book series, to say. It’s something my five year old self would have said; “Oh yeah? Well, I think you’re stupid,” is something every kid has said to their sibling or enemy on the playground. I would liken her statement to someone telling a Christian that their prayers are all in vain and they’re idiots for believing so.

One of the outraged Potterheads is quoted as saying, “It is so stupid. It is like McDonald’s refusing to sell happy meals to sad people. They could be selling thousands of wands if they weren’t so snobbish.” Though I’m sure the person that said this is unaware of the ignorance of their statement, the fact that they don’t know it is ignorant is the problem. Carter, as many Pagan merchants do, make each one of the wands they plan on selling by hand, and though they might not have dragon heartstring or phoenix feather in them, they have deep personal meaning to the person that made them, and should only be purchased by—or given to—someone whose energy is right for that particular instrument. The point isn’t to mass produce the product and make a ton of money, but to make sure that each one is individual and goes home with the right person.

Though I may have affection for the characters that she has created in the magical world of Harry Potter, I can’t ignore her immature contribution to the situation and the fact that the statement has gone uncorrected or retracted, as she has fans of all religious, racial and cultural denominations. The worst part of it is that nothing will probably be done about it, and the whole thing will be swept under the rug and forgotten.

So congrats J.K. Rowling, you just lost a fan.