13 Life Lessons We Learned From "How I Met Your Mother' 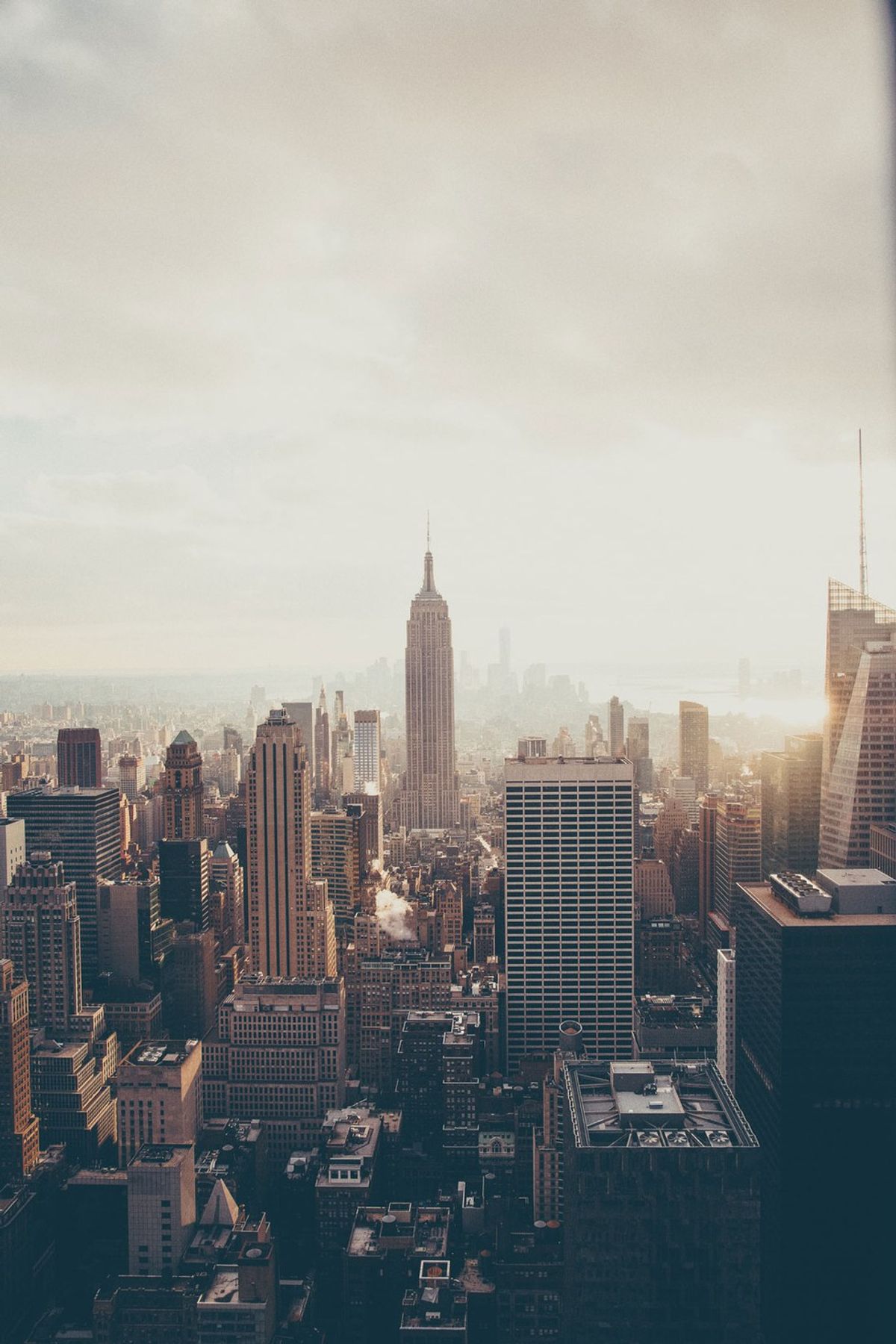 For six years, How I Met Your Mother was a show that every twenty or thirty something could relate to. You were either a Ted, Marshall, Barney, Lilly or Robin.

If you classified as a Ted, then you were automatically a desperate, single person who felt the need to find "THE ONE" and settle down, start a family, have a successful business/life. Normally a Ted would be the one who dates multiple people, convinced they are the one that they are T H E O N E. Ted is also the one who tends to be more rational and understanding of others and their feelings/circumstances. Very understanding and has a heart of gold. The main problem with being a Ted that others would say is that who often gets caught up searching for T H E O N E and focusing on his best friends Marshal and Lily's relationship that he so desperately craves and his feelings for Robin.

If you identified with Barney, well you must be legen -- wait for it -- dary and awesome. Barney is by definition a ladies man. He can get any woman he wants and is always suited up. He is best known by his witty comebacks to the gang and the infamous 'bro code'. Raised by a single mom and his half brother is an African American male who loves to suit up as well. Barney didn't believe in love and felt that one night stands were better than committing to another person although on a few occasions, he did find his better half. Barney isn't one to dwell on terrible things but rather be the life of the party -- even when he's sick. Barney ultimately falls in love, gets married then divorced and ultimately faces his biggest fear in life.

If you call yourself a Marshall, your life was great. You found your ONE in college and are happily married even after hitting a small bump in the road. You had some trouble finding work after college and graduate school but you later found a job, scratch that, career that you love and you have a growing family. You have suffered some heartache and loss but you also tend to give great advice and are more the "fatherly' type in the group. You know what you want on life and aren't afraid of reaching your dream(s).

If you knew Robin was your person, no questions asked, then you were a strong, independent, Canadian woman who didn't need no man, no commitment and were going to make big in the news industry. You had a love for scotch and soda. A secret past that you had been ashamed of but later learned to embrace it. You later caved on some of the things you had once sworn off and before the end, you found happiness. True happiness.

And if you didn't even have to look at any other character to know you were a Lily, then you were obviously the lovable one of the group. You had a knack for reading people and not just because of your job as a kindergarten teacher. You could anything life threw at you without a second moments glance. Some decisions you made were spur of the moment but they always worked out on your end -- even if some did take some time. You had many talents but your best was being there for those even when they thought they didn't need someone. You are the glue that held the group together and hated the thought of being separated from your friends who were more like family than just friends.

Putting that aside, here are the thirteen {B E S T} life lessons from "How I Met Your Mother" :

This advice came from Ted. I have to remind myself of this one daily. It's hard to let go of things and from time to time, revisiting certain memories stir up old emotions and make you rethink things but in the end, you are exactly where you are supposed to be, with who you're supposed to be, going through whatever you may need to be going through at the moment in time.

Just keep looking and just because things didn't work out with what's their face doesn't mean you have to mope around and be lonely. Go out, have fun and live in the moment. That perfect, special O N E will come into your life....eventually.

10. Be thankful for the little reason because they will add up to the BIG moments in your life one day.

9. This one is for the guys two words, suit up. Barney Stinson is always right on this one.

Whether you never thought you'd get married or start a family or pursue a certain career, give it time. You never what will happen five, ten years down the road.

7. Never be ashamed of your past.

Always laugh at it. Embrace it.

Look at Marshall and Robin for this one. Marshall finally made it to the peak of his career before the series ended and Robin followed her dreams and went every where she always wanted to. Work hard and don't settle for something that doesn't make you happy every time you wake up every morning.

5. This one slightly follows the one above but still a good one : Follow your passions. No matter where they take you.

Lily wanted to be an artist and through it caused a brief split in her relationship with Marshall and later having to move into a tiny and gross apartment for several months, she still followed her dream to see where she could go with it.

Sometimes family is that friend who sits with you at the bar listening to your latest crazy story or goes to check out that new place you built only to find out you would be leaving soon or that you were still secretly harboring feelings for someone but didn't want to stand in the way of their happiness. Through thick and thin, pregnancy and many lovers later and x amount of drinks later sitting on apartment rooftop buildings and chasing crazy scary things out of your apartment and making all sorts of crazy memories together, that's what/who (your) family is.

3. Be mindful of your friends out side of your inner circle.

Marshall learned this the hard way and in the end, it did him better in the long run than he could've ever imagined. In life, we've all got that one friend who as much as you love them and enjoy them being in your life, they have to go. Whether they be a toxic person, a fake friend or someone who isn't helping you better yourself, cut them out asap.

2. Robin proved to young girls/ladies every where that you can make it in any industry.

Robin wanted to go international with reporting in the news and the woman did it. She showed that our past doesn't define us, even if it was super embarrassing. Don't limit yourself to one thing -- if you have many talents, give each of them a chance and whichever certain one makes you happy, go for it. Robin was a former pop star turned reporter -- how many people can say that?!?

1. The BEST love stories are the messy ones.