Here's the real truth about our crazy lives and having each other in them. 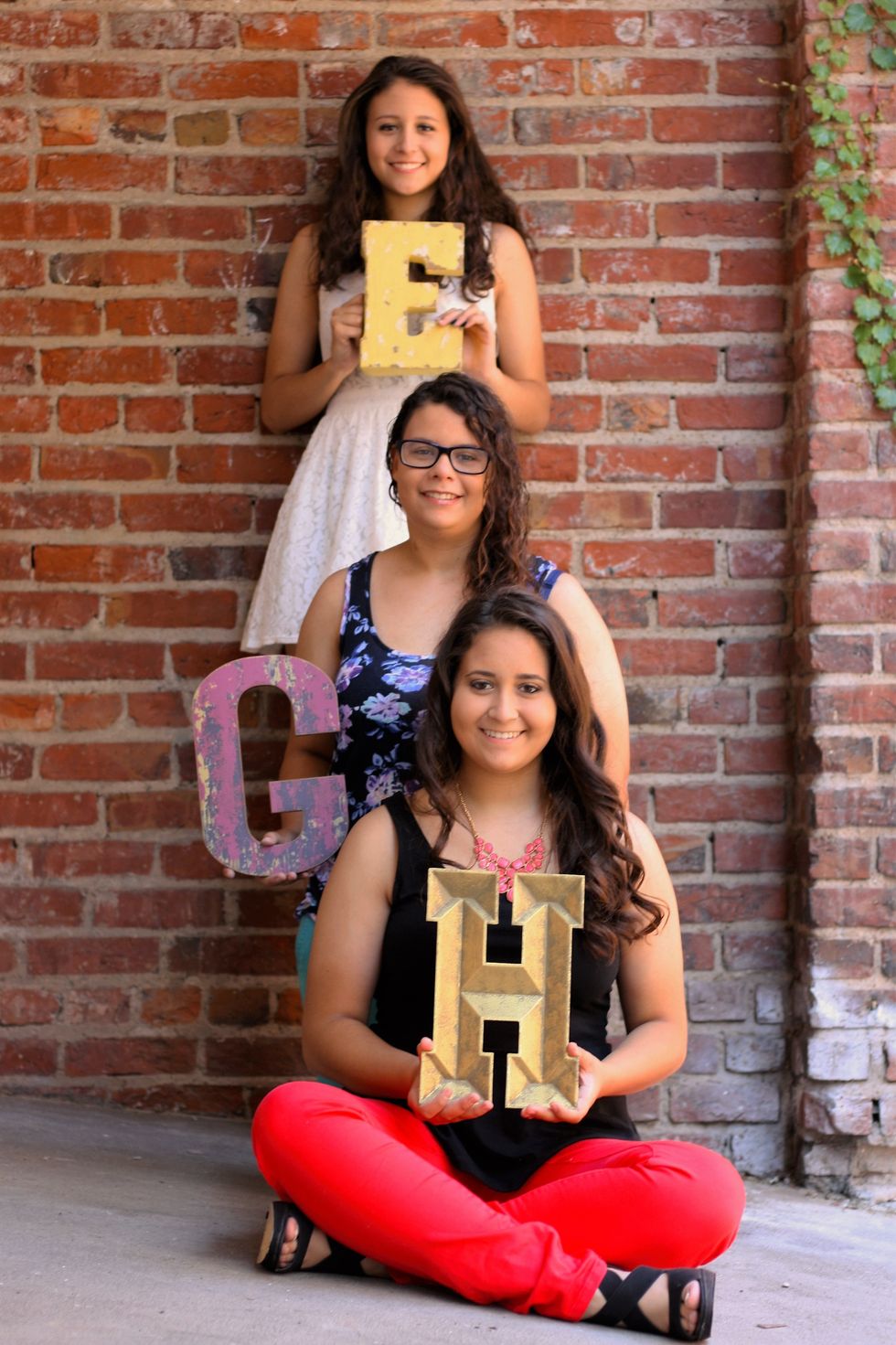 From sharing the womb, to your high school graduation party- sharing is something that has always been a part of your life. You've shared everything from birthdays, friends, clothes, shoes, and much more.

But, mom and dad always made sure everything was fair (except when one of us got their own room, what was up with that anyways?)

It was always in reply to someone else, someone would say "Good morning" and we all said it back at the same time. Then they look at you in horror, because you literally just said the same words, in the same voice, at the same time.

We can blame it on the telepathy that triplets are known to have, or it might just be a coincidence. You non-triplet siblings may never know.

We spent every day together for 18 years. Those days ended when my sisters and I moved to college and lived on separate campuses. We all had to learn how to be independent from each other, while that is still being learned, we have all come a long way.

4. There's usually one leader of the group.

In every activity there is one who drives, one who pays, one who walks into the room first, one who makes the plans. Sometimes there's one who picks the other drunk asses up and takes them home (I'll let you figure out who that is). Usually one takes care of the other two.

5. The reaction is always funny.

The reactions of people when you inform them that you're triplets is always funny. They honestly can't believe that the entire time they've known you (23 whole minutes), they had no idea you were one-third of a triplet.

After people find out about you being triplets, a series of questions usually follow. I like to call this the immediate interrogation. These questions may include:

- Do you all look the same?

- Have you ever fought over boys?

- How big were you when you were born?

And, there is always someone who says:

- Your POOR mother. I could not IMAGINE.

7. Only two of us together does not equal twins.

When we're on campus, hanging out with friends, going places, there is usually only two of us together at a time. We're busy college students, it's rare that we're all together in one place.

When we explain to people we're triplets, they get super confused and say "…but there's only two of you, so you're twins right?" We have to explain that there is another one of us, who's probably out wondering around Lincoln.

8. Name mix-ups happen all the time.

It's super awkward to inform people that for the last 42 minutes of your conversation, they have been calling you a completely wrong name. It usually sounds something like "Oh yeah, I totally agree with you! My name is actually Hannah by the way." They always give you the "oh no, did I really just do that?"

But look I never take it to heart. I do the same thing all the time.

9. We get the super weird, "What's it like to be a triplet?" question.

I don't know, what it's like to not be a triplet? I'll let you think on that one.

Did people in elementary school actually know our names? We will never know. Every birthday invitation was usually addressed to The Triplets.

11. You will always have a friend — especially in college.

There's no one else you can completely be yourself around, who you can scream and yell at and then go get ice cream with 7 minutes later. I've realized during my time in college that not everyone is so lucky!

12. We get matching presents on birthdays.

We love the good old matching gift bags, but in three different colors. But hey- thanks for the present!!

People always want to tell you which one of you they think is the most outgoing, smartest, prettiest, and so on. I know those people are just curious, but if you're going to have an opinion, at least don't tell me! Judge us in your head like everyone else.

Aww, thanks for saying that. That's a self confidence boost. But now I'm going to have to punch you in the stomach because you just insulted my other two sisters.

I can say all the things about my sisters, but the second it comes from someone else's mouth, I get mad. I will take all insults about them personally.

The first day of classes and you know the teacher is about to go around and make you share about yourself. What's cool about me? I'm pretty boring. Oh yeah, I always have a backup answer that is guaranteed to be a surprise.

17. Everyone wishes they were triplets.

Growing up, everyone always talked about how they wanted to be a triplet too. I probably replied "Are you freakin' crazy? What's so fun about it, Karen." Now that I'm a little more mature, I guess I can agree that it's pretty cool to have two built in best friends.