There's More To Ireland Than Sightseeing

Testimony of the beauty in Irish culture and people. 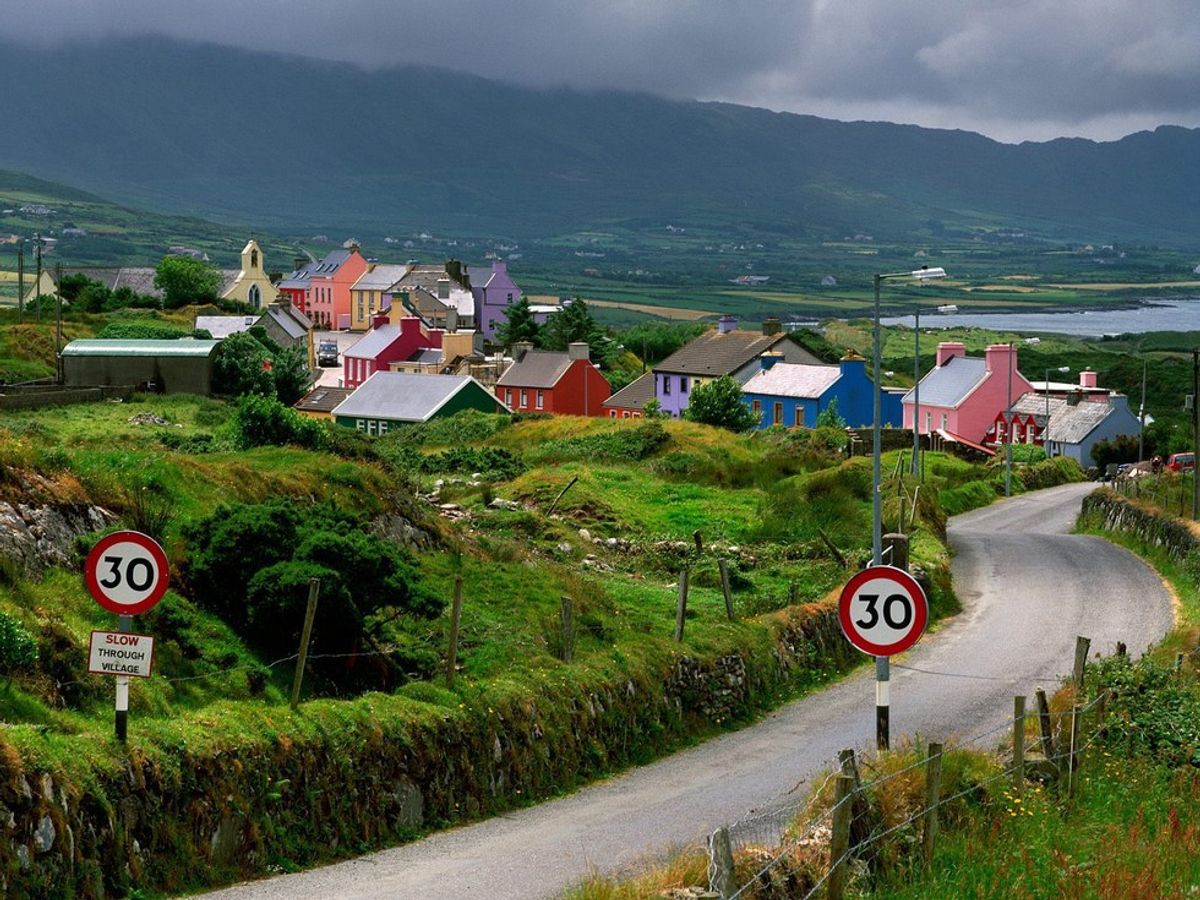 Every culture is famous for its own unique characteristics. Whether these be the bread and wine from France, the salsa dance from Spain or the hospitality of Italy, there are certain things that are simply understood as a key component of a certain country's culture. For Ireland, I think it is fair to say that there is a great deal of characteristics that are widely known and accepted as "Irish." The more well-known include a drinking and pub culture and the popular Irish dance, but there is so much more to this island's common identity. After experiencing it firsthand for the past two weeks, I found Ireland without a doubt to be one of my favorite cultures and places in the world.

I like to think I am a relatively well-traveled person for my age. Although I have inevitably been to fewer countries than many others, I have visited enough to grasp a plethora of unique cultures. Of all the cultures I have come across, there is no competition when I say that the Irish people grasp their own culture with the most enthusiasm and pride of any other. There is an incredible pride in being friendly that is so fantastic yet rare. The people throughout the many counties of Ireland simply have such a pleasant demeanor and often go out of their way to talk to everyone they encounter, including tourists and/or Americans. Similarly, the pride in their history, as well as their eagerness to share their country's past, is admirable in so many ways. For such a geographically small nation, Ireland has absolutely no problem embracing their terrific and all-around positive, fun-loving cultural demeanor.

In addition to the "personality" of Ireland, there are several traits to its culture that I am terribly envious of. For one, the Irish pub culture is one to be desired. Not only do Irish people really know how to drink, but they have mastered the social aspect of alcohol. One doesn't go to a pub to simply get drunk by themselves or just the few they are with, but the pubs instead encourage a strong sense of community. This quality of true solidarity and community among an entire people is one that caused me to fall in love with the people. The natural ability to stimulate such a sense of unity and community is absolutely amazing, and I cannot express enough how much I wish we had such a component within our American culture. In addition to the community that accompanies pubs, the musical tendencies of Irish people are also quite visible while at a pub. It seems to me that nearly every single Irish person is musically gifted in one way or another, or at least enjoys to sing along with other musically talented Irish folk. I love the way that the Irish people have effectively utilized music not only for entertainment, but also as a means for sharing their pride in their nation and its history as well as building their community. Clapping along with Irish traditional music and quickly picking some lyrics was such a highlight of the pub culture, and I adored the common phrase, "How about a song," which was uttered to nearly everyone in a pub by the night's end.

It is fair to say that the Irish culture is one of the more beloved throughout the world. However, I don't think that it is always appreciated to its full glory. The genuine loveliness and friendliness of an entire people is so rare and not something that I have ever encountered in all of my travels. I adore the Irish people's ability to be happy and eager to talk to anyone. This characteristic goes hand in hand with their strong sense of community among each other. The pubs are definitely one of the best places to experience true Irish culture due to its music and positive vibes from the locals and my experiences in these pubs are memories I will cherish forever. Although I don't have a drop of Irish blood in me, I have fallen head over heels for the Irish culture and people, and I would without a doubt encourage anyone to visit this beautiful country not only for its gorgeous sites, but also for its people.