Don't Give The Actors ALL The Credit For A Great Show

Techies put so much work into the production you're seeing too. 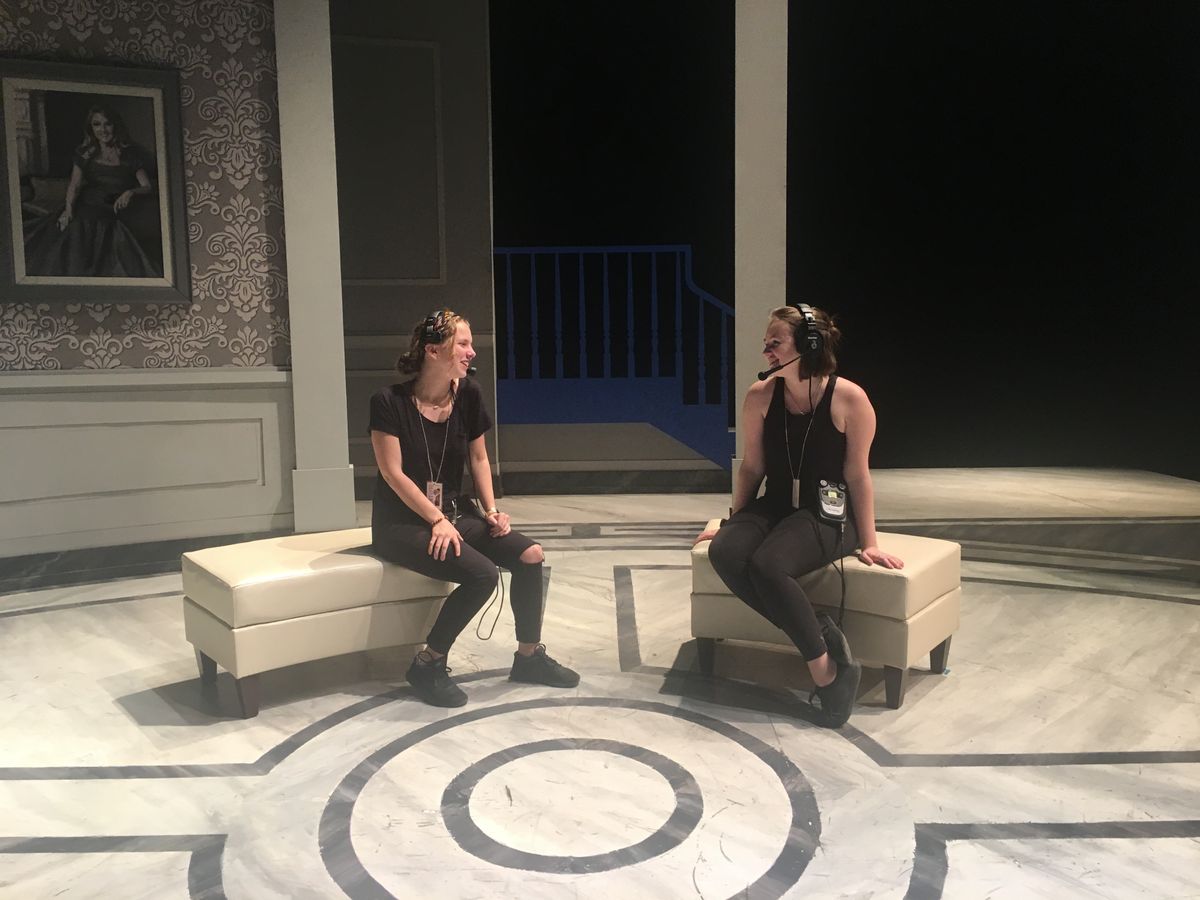 When going to see a play or musical, you're often completely dazzled by the set, lights, sounds and costumes. Most viewers do not even consider how much work goes into a show behind the scenes of what they are watching. But there are countless hours of rehearsals for the actors, many production meetings for designers and stage managers, and hours of tech for everyone involved in the production. While the actors are a very important part of a show, technical theatre folks are also crucial to putting on a great production.

What many people don't realize is how many elements they see during a show are happening due to the technical team working on a production. To give you a better idea of how much work there is to do and how many people there actually are working on each production, here are the roles that techies play.

This is who runs the entire show from a technical standpoint. The stage manager is who keeps everything in order, making sure that each person is in the correct place at the correct time and that everyone is ready to go when the show is scheduled to start. During the rehearsal process, the stage manager follows along in the script in order to give forgotten lines to actors and sends out a rehearsal report after every rehearsal. They lead the production meetings in which the designers and director make sure they are on the same page when it comes to the larger meaning of the play.

The lighting designer creates all the lighting looks in a show. This means they decide what colors the lights should be, how bright they should be, and where and when they should turn on or off. They facilitate the light hang and instruct the board operators how to use the equipment. They also tell the stage manager when they want each light cue to happen.

A light board operator is the person who actually makes the lights happen during a production. This means that each performance and technical rehearsal, they are on a headset with the stage manager and operating the lights from a laptop, light board or iPad when they are given their cues by the stage manager. They also set everything up lighting-wise before each technical rehearsal and show.

The sound designer puts together any music or sound effects that happen throughout a show. They are in charge of obtaining or creating the sound effects or music to be used in a production. The sound designer trains the soundboard operator on how to use the equipment and sets up everything sound-related for all technical rehearsals and performances for a show.

The sound board operator is in charge of making the sound effects and recorded music happen at certain times during the production based on the cues from the stage manager delivered over the headset. They also set up everything sound-related before the show, such as checking the speakers and volume of the sound.

The properties master goes through the script and sees what kind of items are called for and used in the show This does not include furniture but often includes things such as a tray with drinks, phones, etc. The properties master also is in charge of finding or otherwise obtaining the props by designing and making them. The props master makes up a props table with a specific taped-out labeled location for all the different things the characters use throughout the show on it. Props masters also teach actors how to use the specific props they are given.

The set designer creates the physical location on stage using different materials to create walls, floors, furniture and other aspects of each location in a show.

The run crew takes instruction from the set designer for when to move certain pieces of furniture, walls and other set pieces. They often stay backstage and wait and must move the set in a blackout, which means total darkness onstage. This means that the run crew must understand what pieces need to stay and go onstage and where they should be stored offstage during scenes in which they are not in use. The run crew often hands the actors their props in between scenes. The stagehands also operate the curtains and fly system for parts of the set and keep track of where the props are before, during and after tech rehearsals and shows.

There are many other people who are part of technical theatre, but these are some of the main roles that you will find in nearly every production. These roles make full productions possible and create the world in which the actors play. Most people do not even recognize the work that these people do, and it often goes unappreciated, even when they are working just as hard as the actors on a production.

There is, of course, a lot of work that goes into being an actor, but they are usually congratulated post-show, whereas when someone does a technical job for a production, they are less likely to be thanked or recognized for their contribution to the show.

Those who do technical theatre put just as much effort and creativity into their work as the actors put into theirs. The entire show does not come together without these people who are behind the scenes.

Techies do so much work, and it is often thankless, so the next time you see a production and someone comes out from backstage wearing their all-blacks, let them know they did a good job!