A tale of love, betrayal & thirst for glory 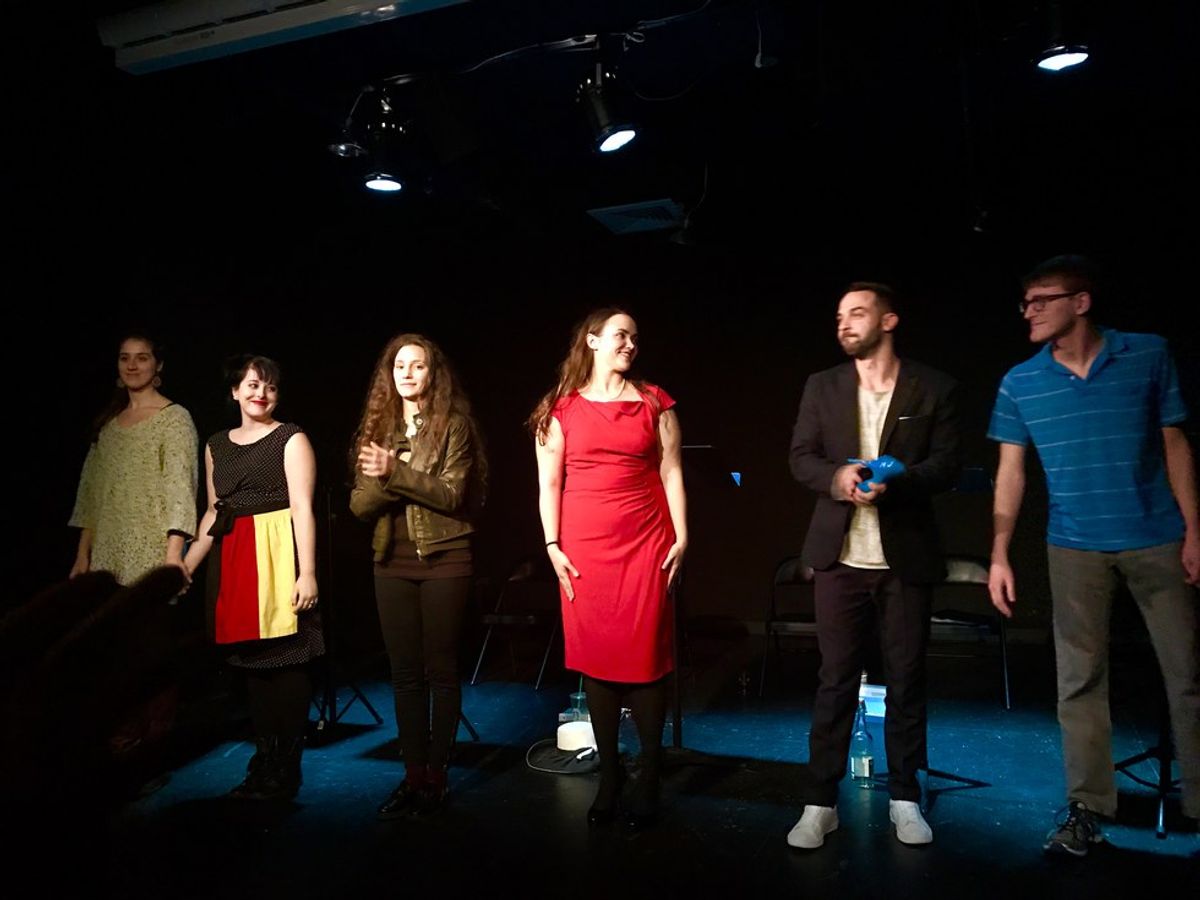 Originally produced by internationally acclaimed playwriter Andreas Flourakis, “Medea’s Feet” was originally showcased in Greece in 2014 in the “Theatre Vafeion.” A success from the start, the audience is immersed in a world of antiquity, ancient Greece, with a rather modern twist. Hilarious, playful, energizing and full of life, this is a tantalizing romantic comedy that deals with a rather tragic story. It is a tale of survival, lost kingdoms, love, betrayal and outright violence and murder.

It explores, the love affair of Medea and Jason, before she became notorious for murdering her own children, out of vengeance. The narrative is situated alongside the legendary trip of the Argonauts and Jason’s quest for the Golden Fleece by order of King Pelias, the artifact to place Jason rightfully on the throne of Iolcus in Thessaly.

The fleece of the golden hair winged ram, is the most precious treasure in the land of Colchis and Medea is the key.

With its basic theme, the quest for identity and the inevitability of destiny, this is a fascinating display of character development.

In the NY stage-reading at the Stella Adler Studio of Acting, the audience is transferred to the 1930s, 1950s, and 1960s Americana cinematography. A red hat, glamorous sunglasses, chic high heels and a bottle of red wine with two glasses are the only props. A minimalist setting, with all five actors ever-present on stage and a narrator. We see Medea, Jason, Medea’s Brother, a psychic and Medea’s servant.

They all stand in front of their microphone and the plot comprises mostly of a two-person dialogue, with the rest of the characters fading in the background, while the light illuminates the sensitivities of the two. With a duel-like feel, the nuances of conflicting emotions, jealousy, affection, love et al are revealed in the characters while the narrator fills the missing parts and awakens the imagination.

Actress Megan Abell in playing Medea gives us a feel of the old Hollywood movie stars, like Greta Garbo, Betty Davis and the good old Merilyn Monroe. Dressed in red, she does an excellent job revealing the tempestuous, villainous, outright monstrous, but also glamourous side of a character like Medea. Jason, played by actor John Edgar Baker, gives a comical feel to the quest of the Golden Fleece. With a somewhat innocent allure and relaxed poise, a dandy charm and a King-like poise reminds us of tragic, yet absurd historical characters like Napoleon, Nero et al. A man, who would forgive, condone and let anything happen, for an artifact that will bestow him the power of a kingdom, somewhat out of love for Medea and somewhat out of madness and thirst for glory.

Medea’s brother, played by Justin Phillips, gives a taste of the exciting world of Star Wars. Weak, sensitive and yet full of wrath for his sister, he transfers all his love to an imaginary dragon, which he carries with him at all times. His favorite pet, companion and guide, he escapes the brutality and violence of his sister in a somewhat Jedi world order, of the light side of the force. Of course, this does not serve him very well, for he gets murdered and used as a ploy for the Bonnie and Clyde style duo to escape with the Golden Fleece in high heels and style. Talking about Medea’s feet!

The psychic, as played by Alyssa Abraham, is an interesting, half-rockabilly, half housewife character, that enters moments of psychic trance and reveals the characters’ destiny. A true force of illumination, she herself is trapped in her daily existence, trying to juggle household chores. This brings her close to Medea’s servant, as played by Mantalena Papadatou, which rejuvenates her identity and starts again away from Medea’s web of deceit, betrayal and general shenanigans. An excellent impersonation of a rather naïve servant that follows the orders of her master, apart from when it comes to lust and also…comfort.

A must see show that will be back soon, with a twist and shout in the theatres of NYC.

Recommended for: Everybody and anybody, with the only requirement, a sense of humor.