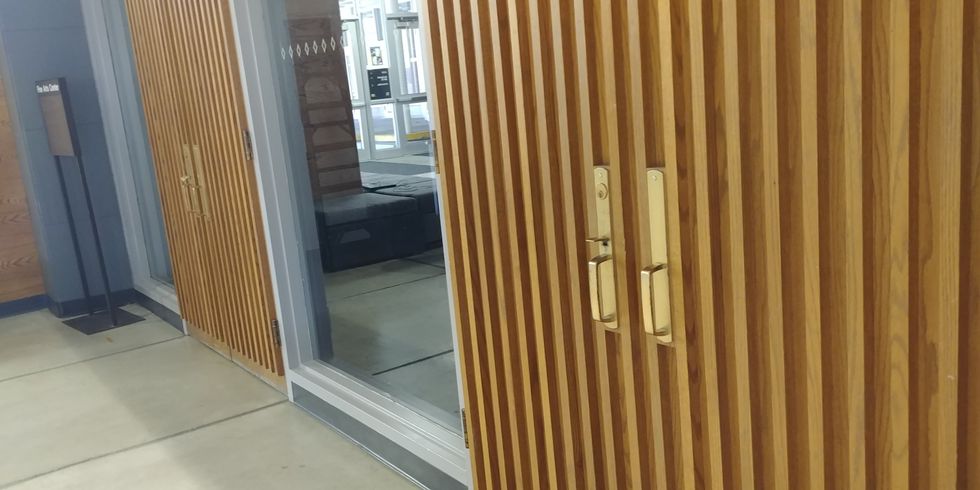 There aren't many accommodations for being an introvert in 2019.

Nearly everything you do requires socialization, especially work and school.

Ironically enough, I chose the career path that not only involves being social but forces you to be the center of attention as well.

There's plenty of unnecessary requirements in any degree, and while math has always been the peanuts on top of the shit-pile for me, there's another required class for my degree that is another Hell on its own: Theatre Games.

Seeing the very name made me reevaluate my life, but I still forced myself to confirm the class. Even if I had to mentally hammer my finger to the touchpad.

I always thought the first day of any class was a huge social inconvenience, since most start with, "Tell everyone what your name is, as well as a couple of interesting facts about you."

I'm not going to lie—no matter what class it is, whenever a professor does icebreakers, I get near blacking out. I'm talking full-on head-spinning, seeing-stars blacking out.

So it shouldn't be a surprise that Theatre was exactly like that. Only it seemed as if the icebreakers never stopped since it was Theatre Games. Every single thing required interacting with another human being, and if that wasn't enough to rip me from my comfort zone, most of the games required you to overact, which can be complicated for someone who stutters and gets dizzy when having to announce their own name to the class.

No joke, for my final I was half-blind as I performed my lines in front of the class because I almost fainted. I was pretty proud to have gotten through that class, as well as a communications class the previous year, and I thought I was done with all of those interaction-heavy classes.

Boy, was I wrong.

One phone appointment with my advisor later, and I wanted to stick my head through the roach-infested walls of my apartment. She started with, "I see you took Theatre 101, which will be good for 111 next semester."

Apparently, I'd taken the wrong theatre class, and my advisor didn't point it out to me until finals week. I was steaming, since that was over a $1,000 mistake. I was downright embarrassed, and haven't told many people about it. Not even my parents.

I knew I'd messed up, and I feared that if I told them, they would only stress with and about me, and tell me things I already knew, like how much time and money I unintentionally wasted, and to look closely next time to make sure I had the right classes.

Fast forward to this semester, I swallowed my pride and took the damn class I needed to. We play the same games, I get the same feelings of dread and humility when having to participate in these camp-like games.

Imagine enduring the most horrific class you've ever been enrolled in, completing it, thinking you're finally done.

Now imagine being told you have to do it all over again.

This is my nightmare.